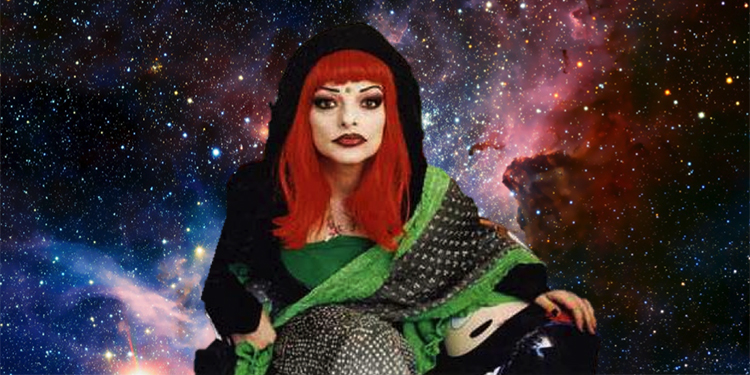 Music is often described by both its practitioners and detractors as a Spiritual Pursuit. Whether lofty and ceremonial or base and profane, consciously or not, it is an attempt to connect and communicate with something greater, something other, something universal.

This approach and mindset varies wildly in its success when it comes to approximating the transcendent nature of an encounter with the divine. From the dreary atonal hymns of Sunday School, to the feverish trance induced by tribal drum circles – all are in some way attempting to pierce the veil that separates the seen and unseen, the ‘us’ in the Aristotelian sense with the ‘us’ in the cosmic universal sense. Some draw from their nearest cultural reference point, the one they were most likely born into. Some are wide eyed and born again using their music as a bespoke evangelical vehicle. And some, fewer still….invent their own mythos. Germany’s most celebrated punk rock chanteuse Nina Hagen does all of these and more. And she does it draped in style. With the release of her most recent Christian-tinged albums Personal Jesus and Volksbeat, Nina has continued this pilgrimage. Over 40+ years, it’s a quest that has seen her embrace and explore Eastern Mysticism, Hindu mantra, Buddhism, Rastafarianism and…..aliens. Mostly aliens (she first encountered one in Malibu in 1981). “I want truth and nothing but the truth, peace and nothing but peace.”

Emerging from the austerity and pragmatism of the former Eastern Bloc Berlin, a state where religion or spirituality of any kind was deemed counter revolutionary and strictly verboten, it is little wonder she sought something uplifting and primal in her musical outpourings. By 1983 her press interviews and public appearances were peppered with references to God, UFOs, her social and political beliefs, animal rights and vivisection, and claims of alien sightings.

Nina is fiercely non-denominational. Nina is searching for something. Nina is earthy/Nina is cosmic. Nina has been touched. Nina is untouchable. This renders her deeply compelling and is what makes her one of the most consistently original figures to emerge from the 20th Century (or any other) on this planet (or any other). In a world beset with scenes and sciences that view anything approximating religion or religious iconography with a deeply suspicious side-eye, Nina plunged headlong into a frenzied curiosity, and in doing so perhaps even rehabilitated and reclaimed religion for the fringes, adorning its cheeks with haphazard splashes of pink paint and raising its brows atop crazed questioning irises. Neither staid nor stuffy, Nina’s cosmology is a living thing, full of ceremony but stripped of dogma.

As a German poet, thinker, songwriter and singer, of course I think a lot about reaching as many people as possible with my music and the great message that whether you believe in eternal life or not, it is our duty as humans to ensure that civil and ethical principles are adhered to and we can all stand up for that. In ‘Taitschi Tarot’ from 1982’s mind-blowing Nunsexmonkrock LP she chants and intones like a helium-infused wind-up doll:

Prophecy and Trance, the Future in Advance

I will find the spiritual director one day,

I will find the spiritual director one day.

She has sifted through all of these myths and scriptures in search of that spiritual director – gathering pearls, gathering truths, shifting and evolving both spiritually and musically while she waits for the mothership to return. The woman who fell to earth. The Gods of Aquarius are coming with UFO’s. The UFO’s are picking us up. Cosma Shiva. In any case, we are in space.

Her adrenalized lipstick and fireworks 1985 performance at Rock in Rio sees her actually scanning the skies for visitors and messengers. Surely such a seething mass of life, united in worship to the most divine of human endeavours – music – would catch their orbiting optics?

Jesus Christ will be the leader of an intergalactic earth evacuation. We’re getting some earth leaders up there to check the mother ship. The Bible says that the sky will be glorious and Christ will come back to us all. It doesn’t (exactly) say in a spaceship, but it uses other words.

Save me a seat. 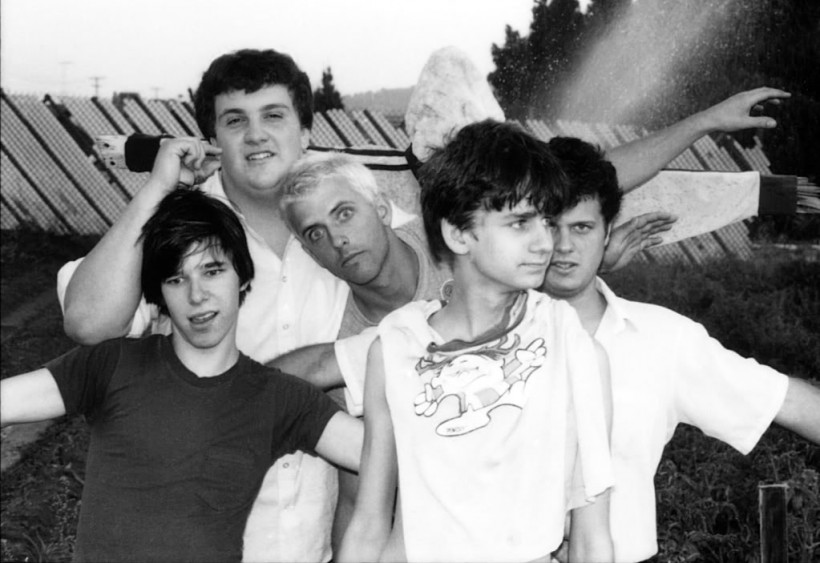