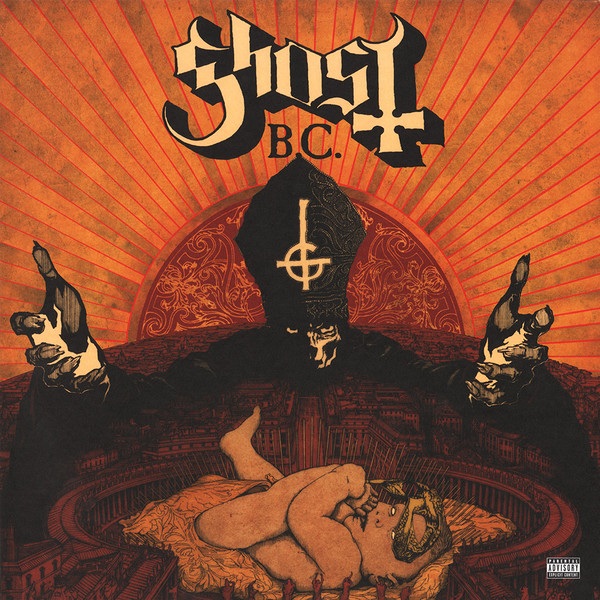 Ghost have always been a band who relied on selling an image – which, after four records, is pretty well-established. But their Abba/ doom vibe wasn’t always as clear-cut. On their second album, Infestissumam, their vibe had far less of the pop-focus they’d adopt later on. Five years on, how does it fare?

On Infestissumam, Ghost lean further into the alt-Catholic aesthetic that comes to define them, more towards choirs and Satans rather than a generalised horror vibe. The hangover from their earlier efforts is mostly found in the production values; the low-fi aesthetic that defined Opus Eponymous is still hanging around. They would wisely ditch this later on, and for all the interesting turns of this record they’re marred slightly by not committing to the stadium power that they later wholly embraced.

Musically, Infestissumam is varied in a big prog-rock way: the twirling, waltzy key lines in Secular Haze and the swung beat of Jigolo har Megiddo are clear, fun prog rock markers, and they elevate the record to dancey, silly fun. On the first half of the record, their religious leanings are a flavour to Gentle Giant-y instrumentals. Later, these themes are made clearer: Zombie Queen has a surf influence that sticks out, an adopted stylistic flourish in a similar sense to the prog inflections.

These stranger flourishes are offset with how Ghost’s sound is certainly forming here, and they certainly don’t sound out of place. But do come across as a little… adolescent? This is Ghost taking the time to experiment with their identity, perhaps a side-effect of their revolving door policy.

Working back from Prequelle, a focal point for their PR machine and musical vision working in concise tandem, it’s easy to accuse Infestissumam of feeling overworked or overstuffed, or even of not having the production values to sell their big-energy pop-Satan dress-up extravaganza. It’s completely fair to say that midway through a short but fruitful career shows a band not quite to grips with where they want to be. But outside the pressure of the Ghost project to works as streamlined as it does now there are plenty of choice cuts to satiate and plenty of ideas that would be fleshed out later.

Infestissumam ‘s cluttered vibe makes more sense looking back, because going forward they really picked the elements that worked. Namely the confidence to fuse their creepier moments with the big-vision stuff, to work on strong guitar/ keyboard leads; these moves are what coalesces into latter-day hard bangers like Square Hammer and Rats. Similarly, Infestissumam opened them up to embracing their pop side more, with Abba and Depeche Mode covers appearing on follow-up EP If You Have Ghost.

Five years is a short anniversary, but one to celebrate; this could have a much more awkward turning point for Ghost’s maturity. Ghost may well define a whole era of spooky, heavy music, and on Infestissumam their vision was tempered and poked until it could be fully realised elsewhere. Five years on, we can still have fun with the cuttings.