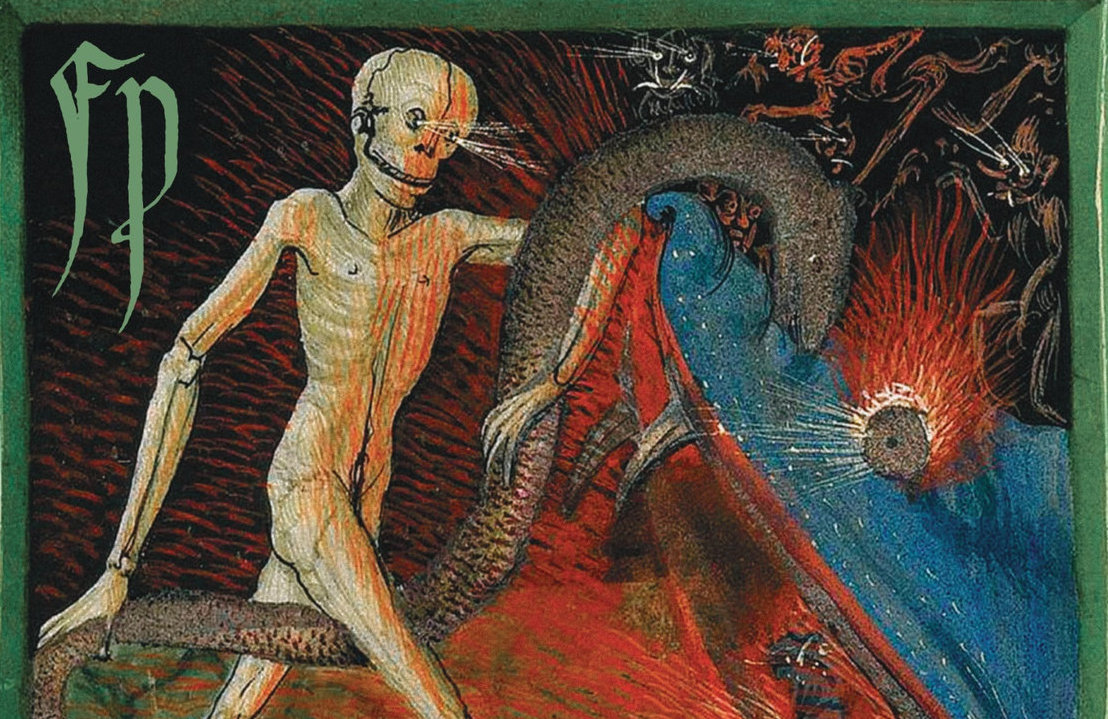 Mattias Muller (aka Bestial Devotion) is primarily known as the drummer of black metal fiends Negative Plane. But on the side, Muller is also active with his solo project Funereal Presence, through which he has released a self-titled EP and a debut full-length in The Archer Takes Aim. While Negative Plane adhere to the occult black metal scene that acts like Necros Christos brought to prominence, Funereal Presence takes an even more old-school approach to produce its bitter black metal brew. Five years after their debut record, Funereal Presence return to form with Achatius, a work that further explores the dark corridors of Muller’s concepts.

With Achatius, Muller reawakens the spirit of the proto-black metal scene, with all its furious attitude and twisted playful nature. The atmospherics of the genre also find their place in Achatius and actually introduce this work with the nice interlude of “Wherein Achatius Is Awakened and Called Upon”. After the hazy ambiance is set Muller brings down all the ferocity of the early ‘80s, as the thrashy black metal tones explode in spectacular fashion. Yet, while the trash element is a vital component of Achatius, beneath the layers of aggression and animosity the main motor of this work lies in its rock ‘n’ roll attitude.


In many parts of the opening track Muller channels the spirit of the early Bathory era, and particularly Quorthon’s debut record. It is this twisted sense of enjoyment and fun while unleashing a brutal assault that provides Achatius with is distinct spark. The striking guitar leads and solos are a further testament to that fact, and the presence of cowbell simply pushes the knife deeper. And Muller’s navigation through this side of ‘80s extreme metal covers the whole spectrum, from its slow paced, heavy groove side all the way to its in-your-face and abrupt manifestations. The final part of the opening track for instance leaves behind its earlier groove and divulges into a faster than hell rendition as blastbeats explode and riffs arrive through a plethora of hooks.


The production and timbre quality of the record also hits the nail on the head regarding its retro style. The sharpness and metallic quality of the guitar coupled with the grainy recording, enhance the gritty aspect of this work, something that is abundantly clear in moments like the beginning of “Wherein a Messenger of the Devil Appears”. But, there are further augmentations that Muller undertakes that further boost the record’s presence. This is primarily performed on the ambient side of this work, with slight samples in “Wherein a Messenger of the Devil Appears” adding to the harrowing motifs. The track features some eerie bells appearing deftly in the distance, reminiscent of certain visionary applications of early Possessed. The other side of this approach is found in the slightly folky touch that some interludes display. The opening track features such moments, albeit standalone, but it is “Wherein Achatius Is Flogged to the Hills of Violation” that sees them being incorporated alongside the heavier parts. The track’s mysterious quality is magnified further through the inclusion of clean chants, which create a very potent and pungent ambiance.

Conforming to old-school and retro aesthetics is not a simple process. Even though there are many bands that rely on the sound and compositions of those that came before, there are few that are able to truly capture the essence of a long gone era. Muller however is capable of fully embracing and awakening this tonality, both through his songwriting prowess but also through his aesthetic choices. It is what makes Achatius feel like a lost, long forgotten album from that era, rather than a work that was recorded in the ‘10s.

In this article:BLACK METAL, funereal presence