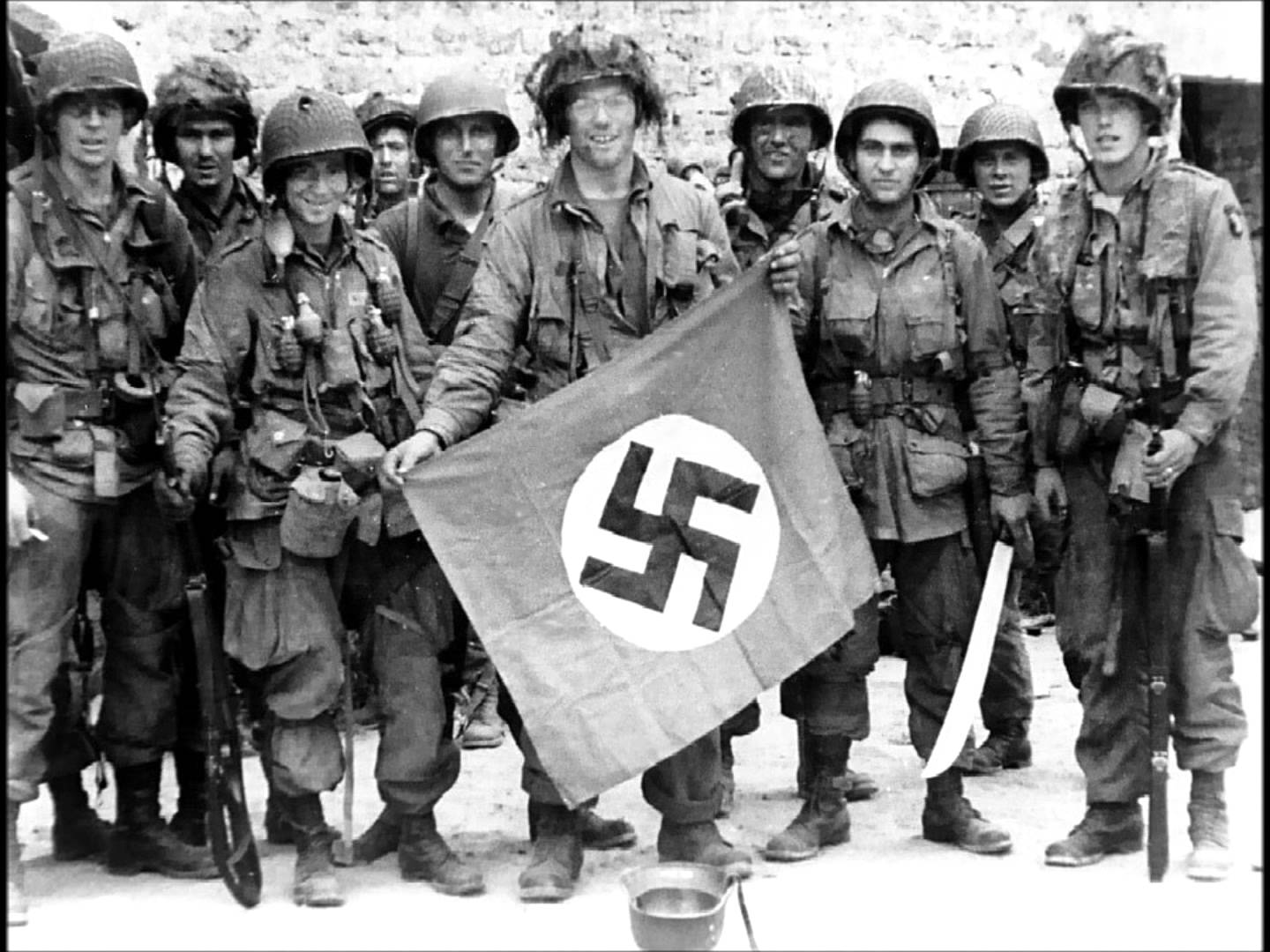 By ERIC LICHTBLAU via NYT

WASHINGTON — In the decades after World War II, the C.I.A. and other United States agencies employed at least a thousand Nazis as Cold War spies and informants and, as recently as the 1990s, concealed the government’s ties to some still living in America, newly disclosed records and interviews show.

At the height of the Cold War in the 1950s, law enforcement and intelligence leaders like J. Edgar Hoover at the F.B.I. and Allen Dulles at the C.I.A. aggressively recruited onetime Nazis of all ranks as secret, anti-Soviet “assets,” declassified records show. They believed the ex-Nazis’ intelligence value against the Russians outweighed what one official called “moral lapses” in their service to the Third Reich.

The agency hired one former SS officer as a spy in the 1950s, for instance, even after concluding he was probably guilty of “minor war crimes.”

And in 1994, a lawyer with the C.I.A. pressured prosecutors to drop an investigation into an ex-spy outside Boston implicated in the Nazis’ massacre of tens of thousands of Jews in Lithuania, according to a government official. Aleksandras Lileikis was a Nazi officer implicated in 60,000 Jews’ deaths. He later worked for the C.I.A. before immigrating. Credit U.S. Department of Justice

Evidence of the government’s links to Nazi spies began emerging publicly in the 1970s. But thousands of records from declassified files, Freedom of Information Act requests and other sources, together with interviews with scores of current and former government officials, show that the government’s recruitment of Nazis ran far deeper than previously known and that officials sought to conceal those ties for at least a half-century after the war.

In 1980, F.B.I. officials refused to tell even the Justice Department’s own Nazi hunters what they knew about 16 suspected Nazis living in the United States.

The bureau balked at a request from prosecutors for internal records on the Nazi suspects, memos show, because the 16 men had all worked as F.B.I. informants, providing leads on Communist “sympathizers.” Five of the men were still active informants.

Refusing to turn over the records, a bureau official in a memo stressed the need for “protecting the confidentiality of such sources of information to the fullest possible extent.”

Some spies for the United States had worked at the highest levels for the Nazis.

One SS officer, Otto von Bolschwing, was a mentor and top aide to Adolf Eichmann, architect of the “Final Solution,” and wrote policy papers on how to terrorize Jews.

Yet after the war, the C.I.A. not only hired him as a spy in Europe, but relocated him and his family to New York City in 1954, records show. The move was seen as a “a reward for his loyal postwar service and in view of the innocuousness of his [Nazi] party activities,” the agency wrote.

His son, Gus von Bolschwing, who learned many years later of his father’s ties to the Nazis, sees the relationship between the spy agency and his father as one of mutual convenience forged by the Cold War.

“They used him, and he used them,” Gus von Bolschwing, now 75, said in an interview. “It shouldn’t have happened. He never should have been admitted to the United States. It wasn’t consistent with our values as a country.”

When Israeli agents captured Eichmann in Argentina in 1960, Otto von Bolschwing went to the C.I.A. for help because he worried they might come after him, memos show.

Agency officials were worried as well that Mr. von Bolschwing might be named as Eichmann’s “collaborator and fellow conspirator and that the resulting publicity may prove embarrassing to the U.S.” a C.I.A. official wrote.

After two agents met with Mr. von Bolschwing in 1961, the agency assured him it would not disclose his ties to Eichmann, records show. He lived freely for another 20 years before prosecutors discovered his wartime role and prosecuted him. He agreed to give up his citizenship in 1981, dying months later.

In all, the American military, the C.I.A., the F.B.I. and other agencies used at least 1,000 ex-Nazis and collaborators as spies and informants after the war, according to Richard Breitman, a Holocaust scholar at American University who was on a government-appointed team that declassified war-crime records.

The full tally of Nazis-turned-spies is probably much higher, said Norman Goda, a University of Florida historian on the declassification team, but many records remain classified even today, making a complete count impossible.

“U.S. agencies directly or indirectly hired numerous ex-Nazi police officials and East European collaborators who were manifestly guilty of war crimes,” he said. “Information was readily available that these were compromised men.”

None of the spies are known to be alive today.

The wide use of Nazi spies grew out of a Cold War mentality shared by two titans of intelligence in the 1950s: Mr. Hoover, the longtime F.B.I. director, and Mr. Dulles, the C.I.A. director. Mr. Dulles believed “moderate” Nazis might “be useful” to America, records show. Mr. Hoover, for his part, personally approved some ex-Nazis as informants and dismissed accusations of their wartime atrocities as Soviet propaganda.

John Fox, the bureau’s chief historian, said: “In hindsight, it is clear that Hoover, and by extension the F.B.I., was shortsighted in dismissing evidence of ties between recent German and East European immigrants and Nazi war crimes. It should be remembered, though, that this was at the peak of Cold War tensions.”

The Nazi spies performed a range of tasks for American agencies in the 1950s and 1960s, from the hazardous to the trivial, the documents show.

In Maryland, Army officials trained several Nazi officers in paramilitary warfare for a possible invasion of Russia. In Connecticut, the C.I.A. used an ex-Nazi guard to study Soviet-bloc postage stamps for hidden meanings.

But many Nazi spies proved inept or worse, declassified security reviews show. Some were deemed habitual liars, confidence men or embezzlers, and a few even turned out to be Soviet double agents, the records show.

Mr. Breitman said the morality of recruiting ex-Nazis was rarely considered. “This all stemmed from a kind of panic, a fear that the Communists were terribly powerful and we had so few assets,” he said. Just hours after the D-Day invasion began, James Flanagan, center, with other paratroopers of the 101st Airborne Division, captured a Nazi flag from a command post headquarters in a farm complex near Ravenoville. The paratroopers had landed in the middle of the night to eliminate German resistance along the causeways to Utah Beach (National Archives).

When the Justice Department was preparing in 1994 to prosecute a senior Nazi collaborator in Boston named Aleksandras Lileikis, the C.I.A. tried to intervene.

The agency’s own files linked Mr. Lileikis to the machine-gun massacres of 60,000 Jews in Lithuania. He worked “under the control of the Gestapo during the war,” his C.I.A. file noted, and “was possibly connected with the shooting of Jews in Vilna.”

Even so, the agency hired him in 1952 as a spy in East Germany — paying him $1,700 a year, plus two cartons of cigarettes a month — and cleared the way for him to immigrate to America four years later, records show.

Mr. Lileikis lived quietly for nearly 40 years, until prosecutors discovered his Nazi past and prepared to seek his deportation in 1994.

When C.I.A. officials learned of the plans, a lawyer there called Eli Rosenbaum at the Justice Department’s Nazi-hunting unit and told him “you can’t file this case,” Mr. Rosenbaum said in an interview. The agency did not want to risk divulging classified records about its ex-spy, he said.

Mr. Rosenbaum said he and the C.I.A. reached an understanding: If the agency was forced to turn over objectionable records, prosecutors would drop the case first. (That did not happen, and Mr. Lileikis was ultimately deported.)

The C.I.A. also hid what it knew of Mr. Lileikis’s past from lawmakers.

In a classified memo to the House Intelligence Committee in 1995, the agency acknowledged using him as a spy but made no mention of the records linking him to mass murders. “There is no evidence,” the C.I.A. wrote, “that this Agency was aware of his wartime activities.”

This article is adapted from “The Nazis Next Door: How America Became a Safe Haven for Hitler’s Men,” by Eric Lichtblau, to be published Tuesday by Houghton Mifflin Harcourt. 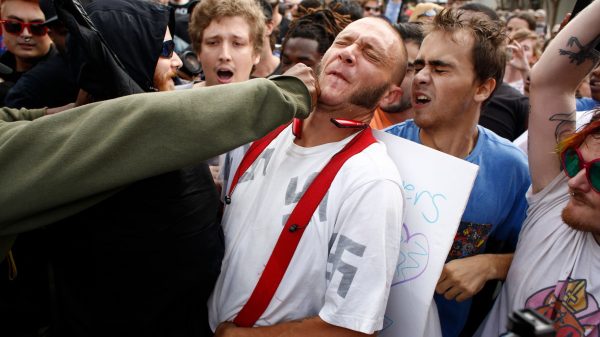 The era of men’s adventure magazines was one of giving “warnings, how-to’s, and comforting memories of wartime” to the indoctrinated and traumatized soldiers of...