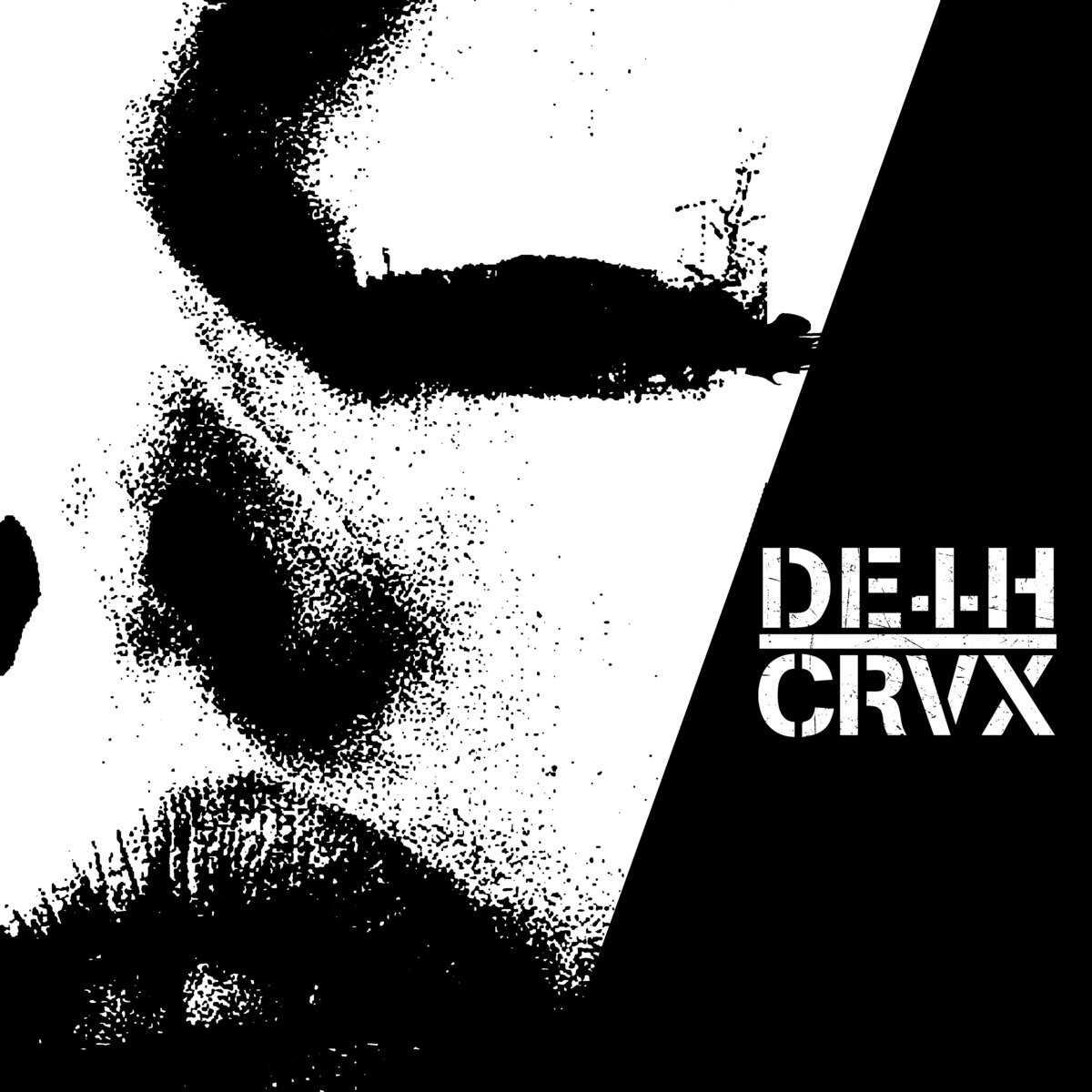 It makes perfect sense that Deth Crux crawled out of the dark alleys of Los Angeles. After all, ever since 1979 the city has always bred some of the best death rock from the shadows of its gutters and shooting galleries. But this band is not mired down in their admiration for the likes of Christian Death and Specimen. They have carved out their own sound into a dense corpse that carries the stench of yesterday’s post-punk. This EP, which was released back on Halloween, might fool you in its first few moments and lead you to believe they are going to fall in with the post-punk bands that place more emphasis on punk energy – then the weird atmospheric synth sound casts its cosmic cloud over the song. Deth Crux are not content with sticking to the ghoulish conventions of death rock, aside from having a dismal pulse of the bass line driving the song. They are much more interested in creating a sonic wall that they allow the song to soar into in order to counteract the more in your face punk propulsion the album opened with. Their sound wraps itself in the same taunt sinew which bands liked Alaric and early Beastmilk have flexed in the past. Even with the burly muscle endowed to the song, vocal hooks and melodic sensibilities are not sacrificed. The lyrics are generally not mumbled or shouted. The band waits to wander more into what is traditionally thought of as death rock on “Insanguination.” More emotion is squeezed out of the vocals to create a desperate whine that gives way to a more cryptic narrative. Even though this song creeps into a droning chant, when it finally builds up, it still glides with a beat that forward thinking dee-jays could work into goth night rather than spinning “Headhunter” to death for the one hundred and second week in a row.

The vocals dip into a more vampiric baritone when the band delves into an even darker place for “Swallowed.” At almost six minutes, this is the album’s longest song. It swirls with the same kind of hypnotic mist that mesmerized damsels in distress in the Hammer Horror movies, subtly adding layers of guitar in the surreal swell. The fourth and final song is “Wandering Kids,” a more straightforward blend of upbeat punk with slight hints of early 80s pre-pop INXS in the vocal placement, as the song is more sung than yelled. Not with a slight coat of abrasion, there is some raw noisiness courtesy of the guitar solo – the strings are tortured for the sake of dissonance more than for adding any kind of flash.

While the current wave of post-punk is still flourishing, with bands like Spectres and Night Sins going in a more new wave direction or following a path similar to Cemetery and getting back to their punk roots, it’s good to hear a band like Deth Crux, who carries the smeared make-up and narcotic nod of death rock.