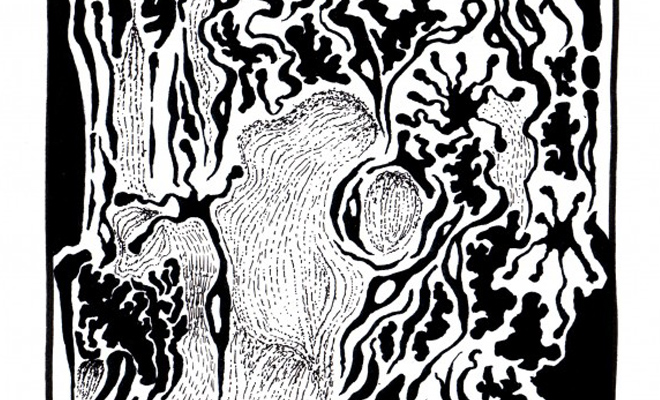 The other day, I saw our comrade Kim Kelly aka Necrolust talking about the one-man band VOIDCRAEFT, and she was right – his music is on point! All I can say is that he gives all of his unreal music away for free, and if you know what’s good for you, stop what you are doing and give VOIDCRAEFT a listen, you will not be disappointed. Check out what he has to say about his own creative output and more…

After the release of Aversion I had a phase of great artistic uncertainty and I ended up making a couple of rather ambient/drone/noise tracks. However, I abandoned all of these and I doubt I am going to release them. In the end I returned to my traditional approach to making black metal for the most part.

Once again high-pitched growls are the primary vocal style, with occasional low passages. Guitars, bass and drums stayed the same, really. The primary instrumental difference is a more liberal use of repetitions that are not a power of two (in particular 3, 5, 7) and occasionally also awkward time signatures such as 5/4 and 7/4.

One of the greatest changes in this release was my approach to writing lyrics. I started making notes while I was consuming inspiring literature, right as certain images and fragments of sentences struck me. Later I would then use these notes to write rather lengthy lyrics, composed of eight lines of per verse.

I used to record the music first and write the lyrics later. This also made it easier to write lyrics whose metre is highly compatible with the rhythm of the music. I largely abandoned this method in favour of the rather plagiaristic new approach that remotely resembles the Dadaist cut-up technique. Incidentally I first encountered a description of that technique while reading William S. Burroughs, years after I had already been using methods like this.

Anyway, this is why the two tracks on Disgust are so long. Each track includes most of the source lyrics I wrote based on the particular literary episode I was going through. I wrote the lyrics Meditation on Despair while I was vsiting relatives of mine in Berlin in December. It is largely based on the writings of the French existentialists Camus and Sartre. My stay there was rather strange. I was drinking heavily and visited a friend of the family that was dying of lung cancer. She died a couple of weeks later. I also used these lyrics repeatedly in the ambient/drone/noise stuff I was making prior to actually working on the current version of Meditation on Despair.

Where There Is No Image is primarily based on a single novel I was very impressed with. It was Umberto Eco’s The Name of the Rose. Unfortunately his other novels are useless to me.

The cover also deviates from all previous releases. It is from a series of distorted organic forms I have been drawing lately. They were greatly inspired by a Polish artist called Piotr Zygmunt. I love his monochrome stuff.