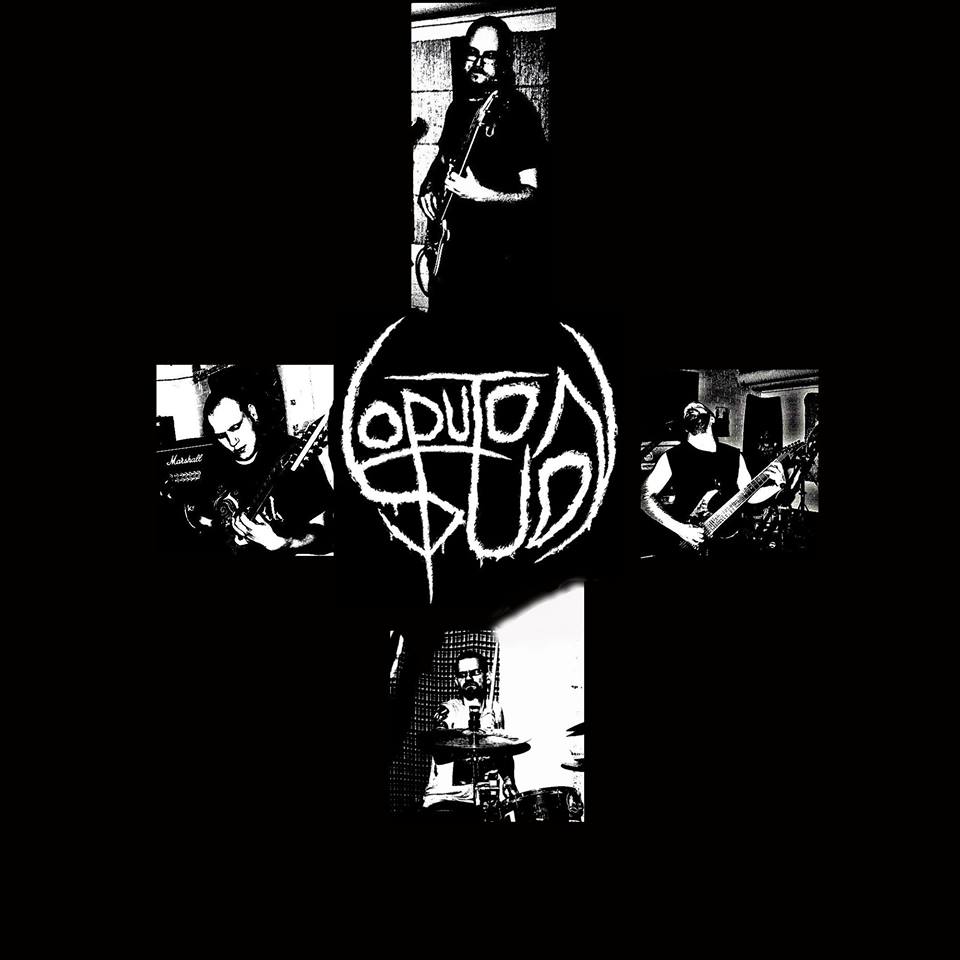 Have you ever thought about Finland? I mean like, the land of incredible folklore and insane black metal? Yes? No? Either way I think I have something that will keep you thinking about it/make you start thinking about it. Enter melodic, death-infused black metal band Loputon Suo. They’re a four piece band from Joensuu, Finland, and they are awesome. They have released their self-titled 2015 demo, and that is what I’m going to be telling you all about right now.

This is a three track, tar-dripping banger. Insane shredding riffs, mind-crushing drum work, with insanely, darkly consistent vocals all mix together into one low production concoction of what I am pretty certain to be evil. The deep, guttural, growling vocals cut through the mix surprisingly well, and that’s a balance I feel is a missed connection in a lot of black metal work. Lyrically, this release is hard to understand track by track for me because of the lyrical deliverance and the fact that it’s in Finnish. I haven’t taken Finnish, but Google Translate has rattled off an English translation of the first song (Kädet valloittamaan) that I would not anticipate being anything short of fairly accurate due to the nature of the genre.

“When the essence of the layers
is peeled off,
remaining fire,
eternal flame.

eyes wander
through the universe.
hands conquer
the empty tabernacle.

The temple doors open
I look forward to worshipers,
to bring the heat
hollow haven.

eyes wander
through the universe.
hands conquer
the empty tabernacle.” “Cadet valloittamaan” is the first song on this demo, and is immediately wonderful. It starts off without a hitch, an immediate looping of fast-paced ripping chords followed by the insurgence of J.P.’s powerful vocals. It breaks in for an almost d-beat before bombarding us with a very death metallic breakdown of sorts. Intense growls and mind-numbing vocal projection are keys in the formula that works so well for Loputon Suo, with J.P.’s vocals backed up in parts all across the demo by T.V., who has a much dryer, almost hollering tone and makes for an interesting harmony when done together. It’s fairly relentless before sliding its way into a solo, following with a hallowed scream and an extremely abrasive wall of music which fades out after a little bit and pushes forward into “Deus Delirium.”

“Deus Delirium” is my favorite song on the release; the repetitive riff surging in and out of focus throughout the entirety of the song is almost lulling and peaceful, but with the sharpest edge you can manage to slide into someone’s ears inconspicuously. It sways back and forth in a dream-like state before the chanted ending of:
Siunattu olkoon
Deus delirium.
Pyhitetty olkoon
Deus delirium.

is pushed out in a harrowing swell. “Spiraali” is the final song on this self-titled demo. It is practically a pinnacle of the two prior songs’ elements, meeting at a savage point to drive forth into the sky, upward and upward until it pierces whatever may be waiting. It’s constantly growing and forging its way into larger headspace, as the thrashy riffs loop around in the curls of smog, taking breaks every now and then for a beautiful melodic slide. The last minute or so is incredibly textured, layered and enchanting. I honestly couldn’t picture a better ending, because it makes me really excited for the next Loputon Suo release.

I’m also very happy to say that they’ve been partnered with Isolated Cult Records, and the demo will see a tape release in 2016. I hope a lot of opportunity comes for Loputon Suo from what this hellfire of 12 minutes displays in terms of their ability. You can wait in breathless anticipation with me here: