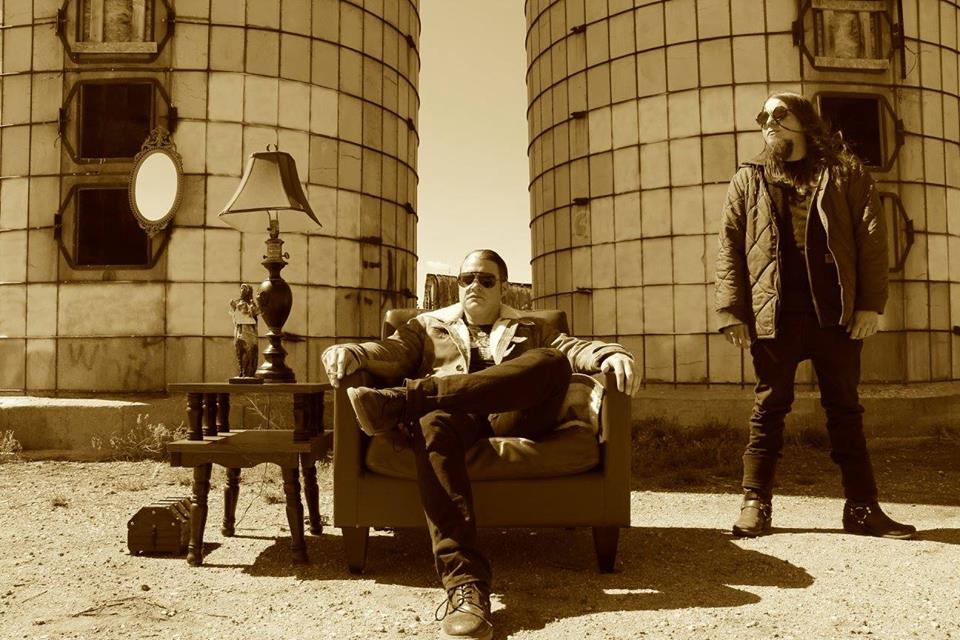 After a seven year absence, Erik Wunder has dragged Cobalt from the brink of the abyss and back into the sunlight of extreme metal. The highly anticipated new album, Slow Forever, will be released by the ever consistent purveyors of sonic filth, Profound Lore Records, on March 25th, 2016. This newest endeavor goes beyond what Erik Wunder (the creative driving force behind Cobalt) summoned forth on previous releases. The very fact that this band was showered with accolades with their last release Gin as a modern savior of metal, has left many people eagerly anticipating and questioning just what would the next chapter of Cobalt entail. With the addition of former Lord Mantis member, Charlie Fell on vocals, Wunder has pushed the envelope not only in regards to his song writing skills, but what people should expect from this top-shelf, Single Malt Scotch-Whisky metal band.

From start to finish, Slow Forever boldly delves into moments of isolation, drug-induced anxiety and sheer anger at the ineptitude of the human race. While Gin stood as a natural progression from Cobalt’s back catalog, Slow Forever feels like the end of a journey. Yet, it also has this sense of new beginnings, perhaps in part due to the  injection of a new voice and blood into the band Charlie Fell.  Perhaps because it took seven years for this mammoth piece of music to see the light of day and Wunder can finally look to the future now that this weight has been lifted off his shoulders. Whatever it is about this alchemists mixture of inspiration and content, Slow Forever is a razor sharp, perfectly executed assault of the highest caliber. Easily the biggest question mark on this album was how would Charlie Fell fit into the equation. While a number of other prominent singers could have screeched or bellowed their way across this album with little effort, Fell pours his blackened, abused soul into every pattern and word. The range of his screams, coupled with his disturbingly deep and introspective lyrics lend a much needed element to Wunder’s sonic palette. The mid-portion of “Ruiner,” the third track, was where Fell’s involvement and entanglement in the music really started to demand my attention. In fact, after a dozen or so rotations of this lengthy album, I slowly started making a consensus effort to peel away all the levels of detail he puts into every word and venomous outburst. “Beast Whip” features a closing passage by him in which one feels that he’s not singing to the listener or even with the song, but to some maligned voice in his own head. One that demands a sacrifice of flesh and blood in order to appease his darker, more animalistic thoughts and desires. An almost supernatural skill and feat which Fell flaunts throughout the album. Even more so, a bold truth that showcases just how in tune he is with the driving, primal impulse contained within him in relation to the music that Wunder lays down.

Throughout the entire album, Fell permeates and injects a sense of much needed emotional darkness. Almost like a caged, beaten and starved dog. A dog that is lashing out at the world which has wantonly neglected and hurt him. In fact, as the album closes out, I really don’t think that there was one front man in the metal scene that Wunder could have worked alongside with to properly achieve the sound and final vision this album expresses. His voice, his lyrics and everything that they conjure forth interlocks perfectly alongside the music. A fact that catapults this album from being a really fucking good piece of metal to being a outright colossal and nigh-unstoppable force to be reckoned with.

With Fell’s role cemented, the real question that comes to light is just how powerful and long-lasting is Slow Forever? Simply put, this album is a herald of the end of times; one hour and twenty-four minutes full of scorn, self-abuse, and the dark introspection that comes from downing a bottle of gut-rot whiskey. From the shock and awe opening of “Hunt the Buffalo,” straight down into the Megalodon sized, almost TOOL-inspired “King Rust, Slow Forever” is the complete package. Cobalt, in this incarnation, has tapped into something so utterly primal and perverse, that it is impossible to just put on one song for a quick listen. This is a record that demands your attention and time. Like any true great opiate, Slow Forever keeps beckoning the listener back into its choking, vice-like grip and infectious melodies that will inevitably course through your veins long after the album is finished. The instrumental tracks on this album also stand on their own two feet. Each one is carefully crafted almost as a battery to amplify the more aggressive songs. That’s not to say that these moments of respite are meant to be filler for the rest of the album. In truth, Wunder has constructed some incredibly beautiful, solemn moments in these songs, so much that they would fit perfectly as a backdrop to a Cormac McCarthy novel. “Breath” had me wishing with every ounce of my jaded soul that I could get the fuck out of New York City and head into the mountains to live out the rest of my life away from humanity. Perhaps the most personally striking of these tracks would be “Iconoclast,” which includes a haunting excerpt from a Hemingway speech that left me questioning the pen in my hand, but also challenged my convictions towards the craft of writing.

Slow Forever will be bookmarked as proof of not only Wunder’s talent and new relationship with the shrieking-dervish that is Fell, but the boundaries that are pushed from the album’s subsequent release and praise. A staggering complex and monumental piece of extreme music that will no doubt leave the lot of you picking your jaws up off the floor for the unforeseeable future. And while we’ve waited seven years for this, at some points looking as if we’d never see another release come from this project, it was well worth the wait. Not many bands can take that amount of time off, endure the broken, concrete road of losing a founding member and come out on the other side. Cobalt has. Slow Forever is a testament to suffering, pain, self-doubt and ultimately the endurance one learns from triumphing over these obstacles. And while I’m going to be listening to this album until I need a hearing aid, let’s just hope that this isn’t the last chapter for Cobalt, but a new one. While there is a number of major releases coming up over the course of the next year, I can honestly say that none of them have the balls to challenge or usurp Slow Forever as lasting piece of importance in regards to the direction of extreme music.