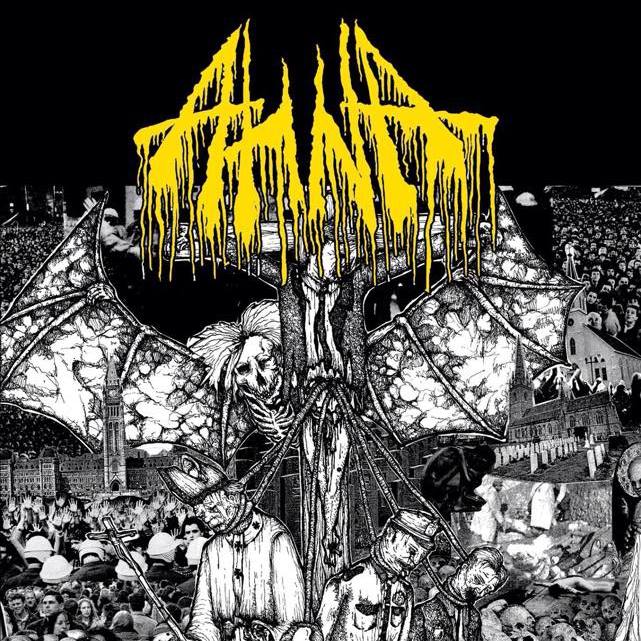 If this band from Vancouver lets up enough to let you gather your thoughts on their new EP Perpetual Warfare, you might find yourself confused as to what brand of metal – if this is metal at all – you are listening to. AHNA might just be playing sludge-infested punk. But if this was a punk band, they would not have such a trippy guitar solo leading you down into their abyss. They grind into “Pull the Trigger” and then jump from blasty punk to driving metal. They are not doom, but can throw in some slower accents to keep you confused. The guitar solos keep coming. If you think it’s not blackened anything, why do they have those pentagrams on their Bandcamp page as they hit you with a burning tremolo guitar? The drums give the post-apocalyptic war dance feel, similar to that of Reign In Blood. The fuzzed out density of a guitar tone sometimes makes you think it’s PCP-fueled Kyuss. Sometimes the riffs are even a little angular as they come at you like a drunken pit bull from hell. The lumbering weight taken on in “Cadaver” softens me up to the more straightforward, pounding punk parts that I don’t normally like, but they do not give them time to grate at me. They twist into a bong-laden, Sabbath-like section. 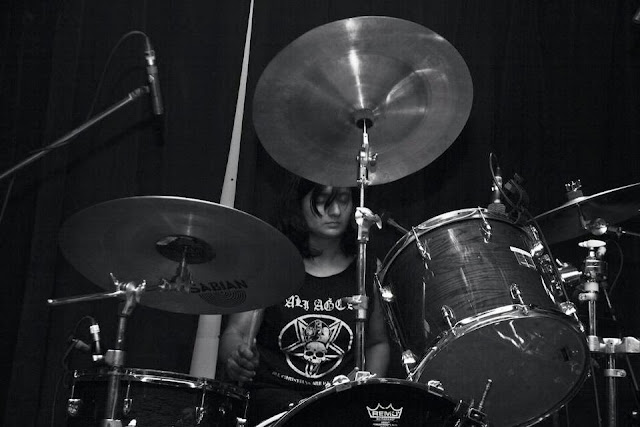 There is a crusty grit to the overdrive guitar that they did a fantastic job of capturing in a way that leaves little to the imagination as to how they sound live. Drummer Anju Singh must be handling the more punk rock vocals from behind her kit and leaving the more deathly gurgles to the guitarist. She appears more on the front end of the album, and the more growled vocals take over the latter half. She is not limited to just punk temper tantrums – she can let out some impressive shrieks as well. The solos add more than you might expect, and to some extent bring more of the black metal darkness in the ambiance. They have an adventurous streak running through the more rock ‘n roll vibe of the opening riff to the title track that closes this 12″. This song takes on a more death metal vibe. The rough-edged punk recklessness is there, but in many ways it reminds me of Deicide’s early demos, until it slows down for them to wade through the caustic bong water. Around here, you kids seem to love the punk moments, which can be hit or miss for me if they aren’t on the dark side. This rides the fence in that regard, since it is dark, but coming from a different direction than the shade I like my punk colored with, but they are well bookended with an original take on genres we have heard smashed together before, just not in this fashion. So I commend the originality, the intensity and the weight of the sound they have committed to wax. This comes out June 9th, and I am looking forward to their upcoming Crimson Dawn LP and hearing what they do with a full album’s worth of songs.