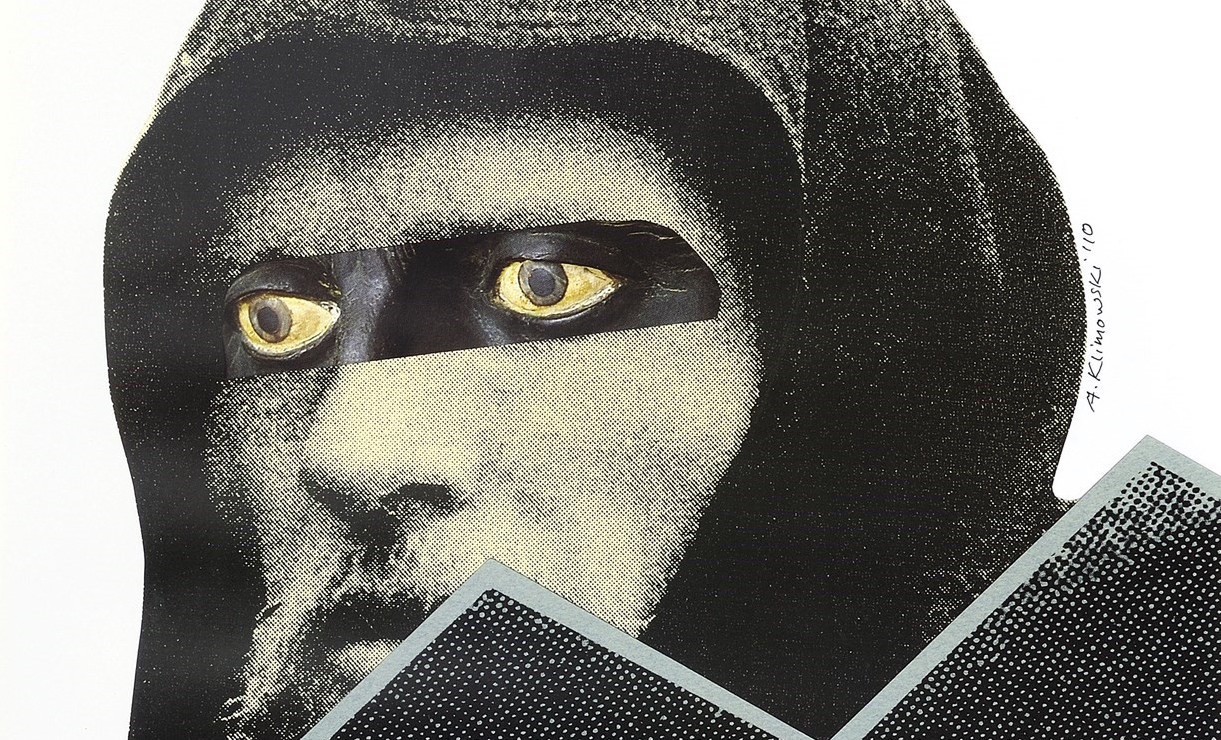 To say that Andrzej Klimowski isn’t the BOMB would be a lie! His work reminds me of the sickest Punk Posters from the ’80s, times 10! His work has mad layers and each one draws you into his complex reality. Something about his work also reminds me of Integrity’s art direction. Check out this rad gallery of Andrzej Klimowski’s work below plus some epic text via Another Man.

Taken from the A/W17 issue of Another Man:

Andrzej Klimowski’s 1980 poster for the Arnold Schoenberg opera Moses und Aron depicts his wife, Danusia Schejbal, transformed into a pagan dancer, her naked body wrapped in scarves and her head replaced by a winged serpent from a biblical engraving. This simple photomontage brought to life in handpainted halftone dots encapsulates every second of heathen sex and iconoclasm that drives Schoenberg’s brutal, Old Testament-inspired libretto. It’s a perfect example of how the graphic artist’s mastery of pure form enables him to communicate cultural themes so precisely, with so few ingredients. It also introduces Klimowski’s raw signature style, and a dark iconography rooted in the theological history of his Eastern European background.

Raised in London by Polish émigré parents, Klimowski took sculpture and painting at Saint Martin’s before moving to Warsaw to study poster art under renowned professor Henryk Tomaszewski. He worked for theatres and film distributors while studying in the mid-70s and, alongside set designer Danusia, belonged to Warsaw’s thriving arts movement, exchanging ideas with writers, actors and directors in their Communist-era high-rise flats, or over cheap canteen lunches.

“Of all the Eastern Bloc countries, economically Poland was one of the poorest, but culturally it was probably the richest,” he remembers. “Materials might have been in short supply but, so long as you didn’t have any political ambitions, you had total artistic freedom.

“The struggle in my work between fatalism and romanticism, darkness and light, came earlier. I absorbed it as a kid,” he explains. “Dad was in the Polish resistance, and we lived in a house full of displaced families where they set up the archive of the underground army. There were sabres, military maps, and engravings of kings hanging on the walls. It all hovered around me and it stayed in my mind.” Read the full feature HERE!