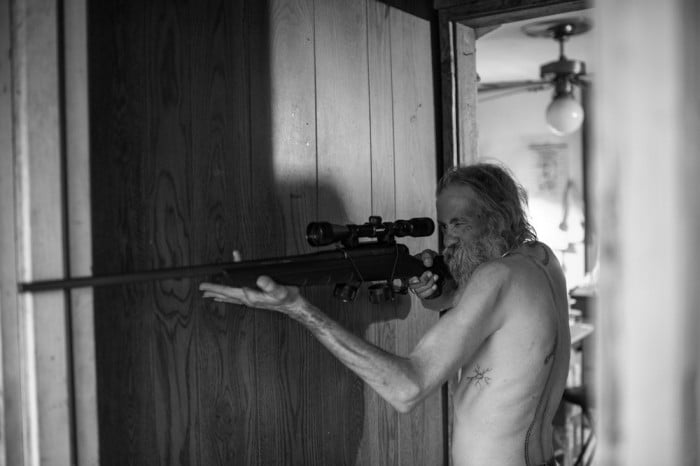 Anthony’s Karen’s behind the scenes photos of the Ku Klux Klan shows a glimpse into a secretive racist brotherhood that most of us have (hopefully) never seen. I know first hand how these individuals have terrorized this country for decades, so it is interesting to see how they interact with each other when they are not trying to start race riots or rob banks – or steer the country’s politics from within. What disturbs me the most is seeing how the adults totally indoctrinate their kids with their inaccurate and fucked up worldview…

“I think a lot of the credibility I’ve earned also stems from my basic philosophy that you need to give some of yourself in order to receive anything back. I spend time with people, I listen to what they have to say, and I treat each person as an individual. I don’t have to believe what they believe, but whenever I’m in someone’s space, I feel I’m obliged to observe without judgment.That’s not to say I wouldn’t intervene if I felt a situation called for it, but I choose to observe moment to moment and simply take in what I see and experience without presumption or pretext.”

“Momma Ruth,” a seamstress who makes robes for the Ku Klux Klan in the process of taking a robe order for an Imperial Wizard (an officer within the KKK).

A Ku Klux Klan Labor Day gathering in Arkansas on Saturday, September 1, 2007. Members and supporting Klan realms from five different states came together for a three-day weekend of racial unity.

The gathering included BBQ’s, games, fellowship, an award ceremony and a Klan naturalization. A historical cannon was fired every hour on the hour during daylight hours, until local neighbors complained. Saturday evening closed with a cross lighting ceremony which, according to Klan beliefs, dispels darkness and ignorance. Due to a statewide burn ban, the lighting was done with Christmas tree lights.

At her busiest, Momma Ruth was sewing one robe a day on average and could work 70 to 94 hours a week. After having two strokes, she’s had a difficult time keeping up that pace and has since slowed down production.

A black “Cabbage Patch” doll hangs by noose at the home of Mississippi Klansman.

At the home of Imperial Wizard Dennis Labonate, shortly before a Ku Klux Klan naturalization ceremony.