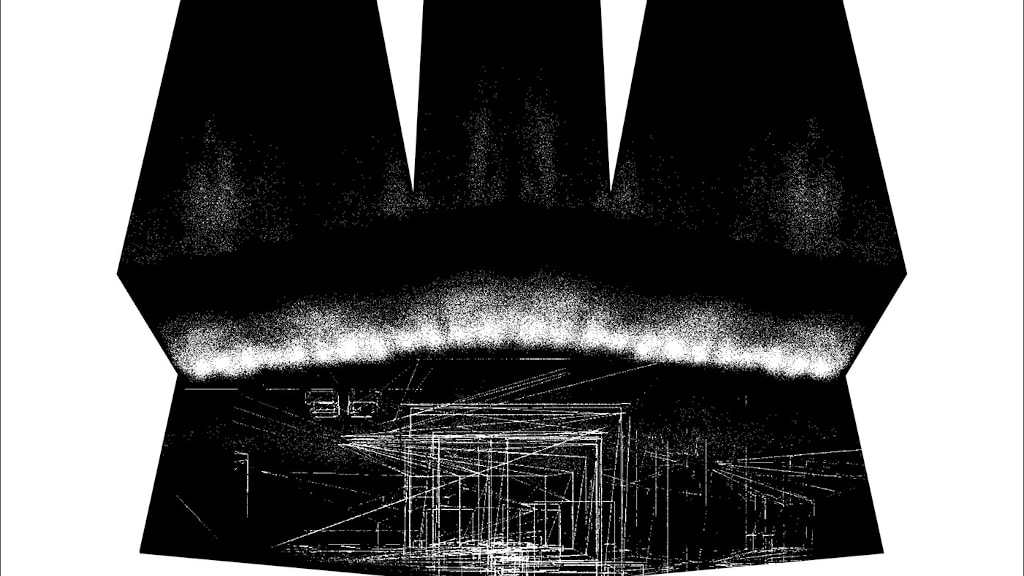 Cryptae by now should no longer be a mystery. By all means, the dutch duo might just be the most original and absurd-sounding death metal band currently around. A fantastic debut demo tape, and an equally visionary single track, twenty-minute EP, while both fascinating in their sonic ambition and dumbfounding in their unheard originality, have however not helped the band emerge above the surface of obscurity; their improv-based approach, absurd aesthetic, experimental and free-form formula perhaps too much and too outlandish for the average extreme metal fan to grasp and understand. Despite this, on their brand new debut full-length album, the band doesn’t only refuse to normalize, but instead, they doubled down on their strange creative choices, but making them more threatening this time, extreme, and intense. In other words, demanding attention with the sheer force of creativity through sound.

In fact, “Nightmare Traversal” is so absurdly perfect, so incomprehensibly weird, and so marvelously crushing that even within its impenetrable shroud of weirdness, it has broken down the wall of indifference just by sheer personality, finally allowing Cryptae to kick in that door of obscurity that has kept them out of people’s scope of interest this far, to grab everyone’s attention with an almost arrogant and bombastic display of raw creative genius. No matter how absurd and strange, no matter how grotesque, primitive, and atavistic it will sound, one will not be able to deny how ambitiously original and unheard of this band sounds on this new and first full-length album of theirs. And it is not a level of strangeness that seems alien or incomprehensible. It is a realm of strange that is fascinating that grabs you and drags you into a world of disorienting deconstructionism and abstract delirium.

“Nightmare Traversal” ‘s founding success is its ugliness and its blatant deformities. It is a deliberately disfigured deformity. See it almost as what cubism became for art when no one of its contemporary critics understood it, saw it as too outlandish, too primitive and too deviant, and just labeled it as incomprehensible. “Nightmare Traversal” feels the same way, it’s an abstract painting of ugly and grotesque riffs and atmospheres but for some reason you see its logic, you refuse to ignore it and you just let it draw you into its hideous and incompressible world.

Rene Aquarius’s drumming on this record is like a lysergic thumping, pulsating fractal. His playing is almost industrial-like: at times minimalist, at time maximalist, but always locked onto some kind of off-kilter repetitive and trance-inducing demented beat that sounds almost mechanical or like some kind of machinery carrying out some incomprehensible pre-programmed task, be it a derailing primitive blast or a mid-tempo pummel full of odd-time signatures. This is where the band’s influences coming from free-form music and jazz, and prog bands like Magma really work their magic elevating Cryptae far above the sea of boring template bands and pre-made formulas we have to constantly witness death metal default to. The second half of the marvel is of course Kees Peederman’s guitar-chug absurdities, and this is where the record really comes full circle as just a lucid delirium oscillating dangerously between extremely sophisticated and abstract avant-garde chord progressions and just deliberate and almost arrogant primitivism and minimalism. With the distortion on the guitars pushed beyond the level of what decency is (and this is where Cryptae beat the “ugly” and “absurd” concepts into our brains with arrogance) the guitarist’s riffs design grotesque, repetitive, and unnerving patterns of suffocating distortion, guiding the listener’s mind like a hypnotic pendulum into a dead-end of madness. The more the riffs pummel the listener, the more the listener feels trapped, the more they slip deeper into the band’s delirium, with no discernible exit.

The final cherry on the cake that signals the listener’s complete obliteration, is the album’s concept that rotates around old violent video games like Blood, Doom, and Carmageddon, and specifically, the setting and visuals of these games, more than the action and characters that populate them. With this premise, the band aimed at building a glitched and digitalized hallucination of primitive, raw, and feral brutality, in which to trap the listener, the final augmentation and perfect conceptual counterpart to the music that serves as a thematic amplifier or echo chamber to the drums, vocals, and guitars to literally dismantle the listener’s psyche inside a cascading and senseless fractal of sonic brutality.

Vinyl, tapes, and digital of the most original, exciting, and absurd death metal album of the year are available now from Sentient Ruin, while merch and limited EU copies of the album are available from the band.