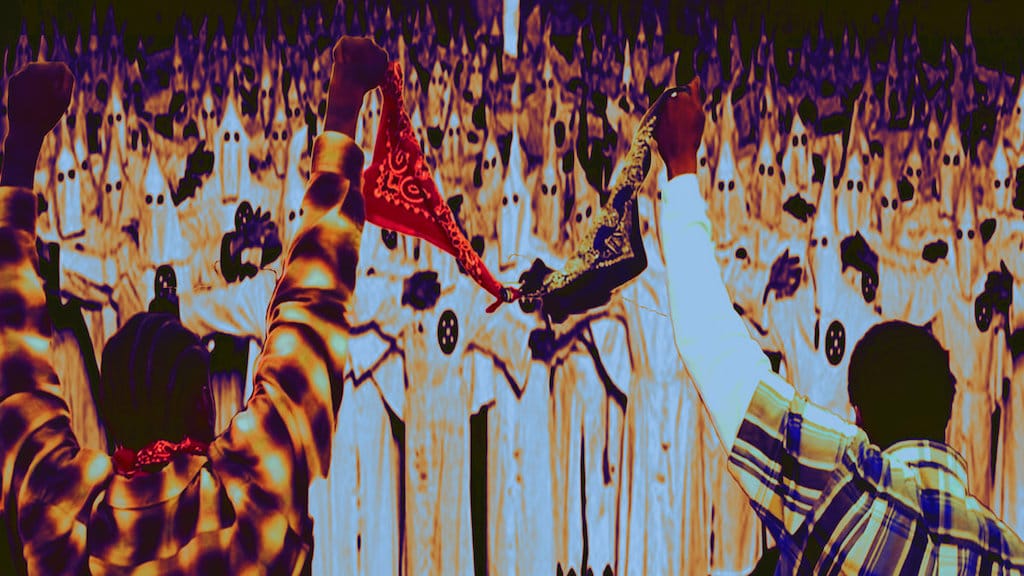 “Ima arm myself right now and I feel like killing somebody white, ‘cause I don’t like white people. So I’m gonna kill somebody white and then I’m just going to say ‘I feel like my life was threatened.’”

The first sample of CBN’s Crimes Against White America throws down the gauntlet and sets a tone for the rest of the release. Play this track at your white family’s Thanksgiving dinner. Play this record at your church youth group. Sneak into the security room and broadcast these songs at your local shopping mall or Home Depot.

Noise music is a genre often rooted in frustration and anger (opinion, of course). The spectrum is broad, at times righteous, and sometimes displaced and even seemingly lunatic. On Crimes Against White America, this frustration is felt through low-frequency roars and time-shifted beats, overlayed with heavy samples, in a response to the continuing divide between the establishment and the oppressed. A response warranted by police brutality, economic policy, distribution of wealth, ongoing erosion of voting rights domestically, and a serf-like treatment of the global south.

This release is righteous.

DJ screw got married to Godflesh in a harsh noise church and they had this disgusting album as a baby.