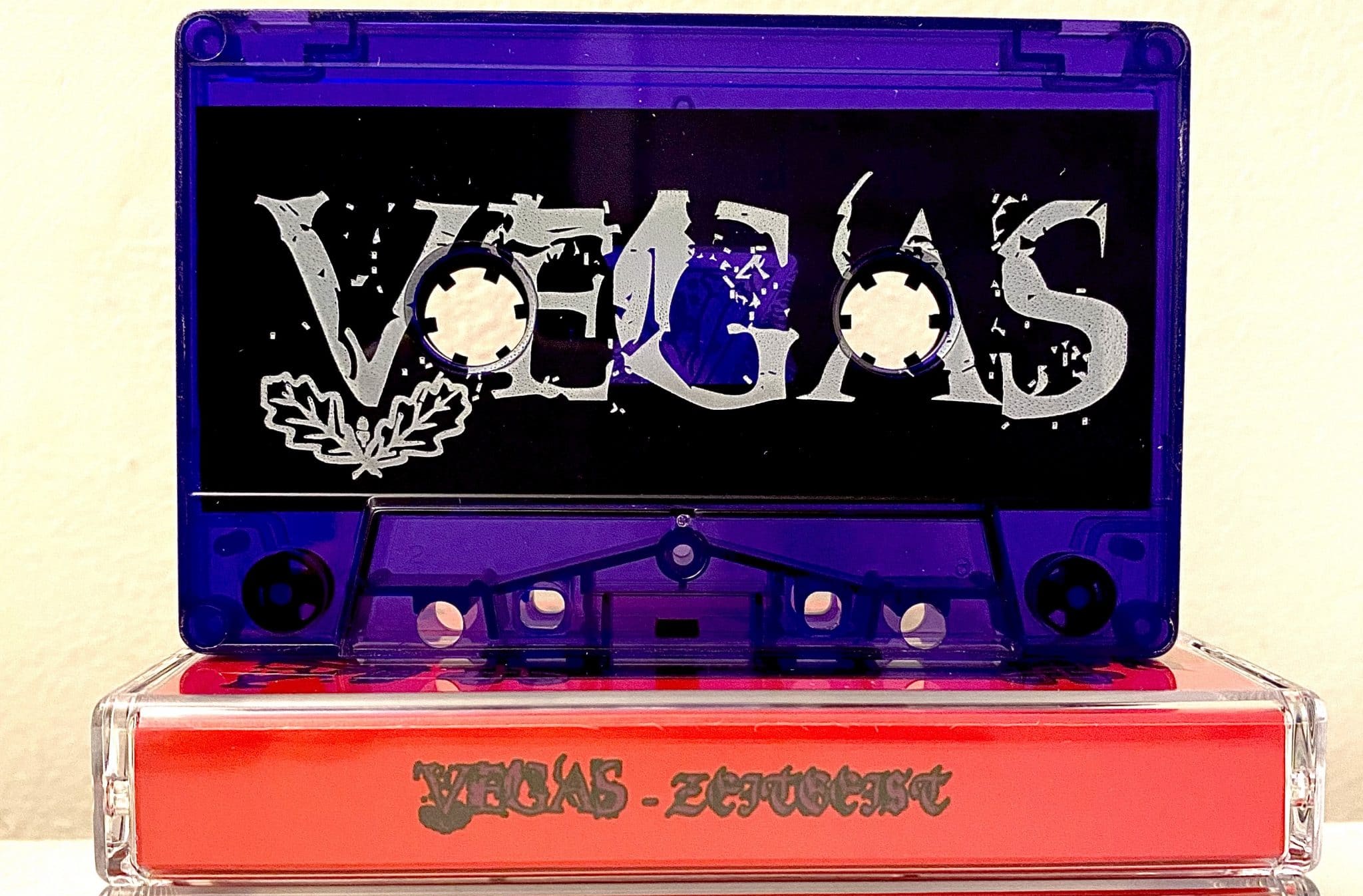 I HATE the evil that men impose on women! I HATE the fact that Old Fucking White Men plus some Uncle Tom Ass Black Men have power over women’s bodies! I HATE that white supremacy and genocide is at the root of this country’s story and the oppressors want to keep us quiet!

The new tape from VEGAS entitled Zeitgeist that comes out on June 30th via TAPE HOUSE USA & Suspended Soul Tapes Records is the soundtrack for my RAGE that’s pointed at this fucked up WORLD! This band’s songs will cut your eardrums like razor-sharp glass. From the moment I heard their metallic-infused D-Beat anthem “L’appel du Vide” I became a fan straight away! Real Talk — I realized that Vegas was going to end up on one of our end-of-the-year lists when I heard “Icebreaker” because I’m a pushover for Dirge. VEGAS is not trying be the hardest band on the planet but I would say right now they are one of my favorite bands on the planet. I have HATE for many things but having hate for this project is not one of them! This is why I’m beyond stoked to share VEGAS’s tape in full below and I want to give TAPE HOUSE USA a HUGE shout-out for pushing the culture forward! Pre-order in effect HERE!

In this article:Featured, VEGAS