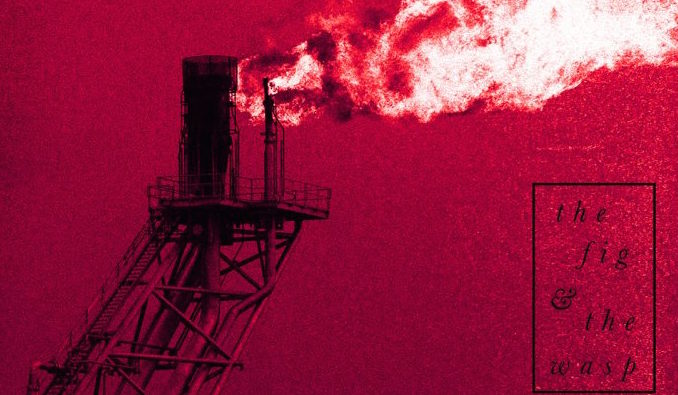 Listen, we know you’re a big tough metalhead and eat (vegan) babies for breakfast everyday but I know your secret: you also like to put some oils in the bath, light some candles and unwind to some chill shit. Luckily, these days they make chill dark shit for when us virile, hardened, impenetrable warriors need to soak our bones but not admit we like wimpy, syrupy Coachella commercial-pop. So I saw this guy in LA and watching him felt like I was taking a bath – in hatred. To be honest, I couldn’t understand a word he said but he was definitely pissed and what was truly bizarre about the whole thing was there was no guitars in sight. No drums, no bass axe, not even an inverted crucifix. This guy was apparently spewing out this massive smoggy sound from a bunch of boxes on a table. I was blown away. “Boxes?” I said to myself, “Well, whatever gets the job done.”

But in all seriousness, this debut EP by LA’s Wilshire Corridor, really hits the mark for its genre, which he’s deeming Crepuscular Electronics. The Fig & The Wasp is eight tracks of mostly downtempo atmospheres that fall on the grim side. With several ethereal instrumentals to satisfy any xanned out space cadet and tracks with composer Cameron Carlin’s haunting ghost shrieks evidently recorded in the Mariana trench, the cassette covers a lot of ground. The synth voices are incredibly thick and completely eat up the sonic spectrum while the mood of the rhythms and melodies still gives room to repose. It’s quite a rough comparison, being that this music is very unique but if you’re into anything from Lorn to Urfaust, you’ll find something you like in this release. Stay tuned for more from this act, as this battery of songs was his debut, released in January.