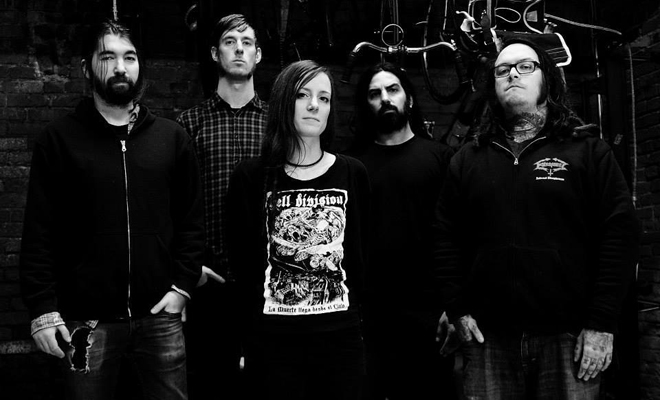 Canadian grindcore hurricane Fuck the Facts is just about halfway through its North American tour; the band has one U.S. show left in Washington State before they head north along the coast for a few stops in B.C. this weekend. We checked in with guitarist Topon Das to ask a few questions about his projects, music sales, songwriting and what he likes about the west coast.

You’re in the middle of a North American tour right now, supporting the “Amer” EP released last summer. What’s next in terms of FTF studio recordings?

We have a full-length album in the works. Mel is actually putting the finishing touches on the lyrics and splitting up the vocals while we’re on the road. When we get back our number one priority is finishing this album, which is why don’t have a lot on our plates touring wise after this. We also have to finish mixing for a split 10” with our friends in Quebec City called Fistfuck, and wrap up a 3 song EP of old tracks that never got released from the Die Miserable period. Photo by Sebastien Tacheron
FTF has spawned other projects for you, including Apartment 2 Studios and some experimental recordings and performances as Merdarahta and under your own name – any other new projects coming up?
Advertisement. Scroll to continue reading.

I don’t think so. Like I said, the main thing I want to get done is the new FTF album and the other recordings that we’ve been piling up for the past couple of years. There will be a new Merdarahta EP that should be out sometime in the spring, and a few shows to follow, but I have been really getting into my solo guitar/noise stuff and definitely plan on expanding more on that with more live performances and releases this year as well. I always have a lot of ideas and a lot of plans, but figuring out ways to balance everything is always tricky especially now that I’m a dad and I also have business to run on top of all the band stuff.

Is it still a rough time to be selling music? Do specialty formats like vinyl or cassette help?

I do think it helps. Like on this tour we have 3 different vinyl records and 6 different CDs, but we still sell more vinyl records every night. I used to have a distro full of CDS and I would bring around a bin to every show back in the early 00’s. People had no problem buying something for $12 because they heard it was good or the album cover was cool, but slowly over time it just became pointless to bring around that bin. That being said, I do think the people that like what we do and want to support us will pay for our music. I’m always blown away by how much we’ll sell on-line when I know people can easily find these releases for free. It’s definitely not how it used to be and selling music has become harder to do, but I have faith that as long as we’re putting out good music, there will be people out there to support us. While you’re touring, does anyone ever inquire about the availability of digital recordings at the merch table?

Maybe, but not very often; I think people just figure that ever release that is on the table will also be available somewhere on-line.

You mentioned in a recent interview that you make a point of buying music by bands you really like rather than downloading pirated copies – where do you look first when buying digital?

Always Bandcamp. That’s definitely my favorite site to listen to and download music from. Sometimes at home I’ll even just search on Bandcamp and check out something new.

About songwriting – you cram a ton of riffs into your songs! – can you describe your writing process, where do you start with a song? How do you know when you’re finished?

Well, not all songs have a ton of riffs. Some are really quite simple in arrangement. There’s no set way that we write songs, but the most common is usually just sending each other demos. Someone will come up with a general idea of a song, demo it and send it everyone else. We learn the riffs, Vil will get a basic idea on the drums and then we just jam it a bunch and see where it goes. Sometimes it doesn’t change much from the demo and other times it can change completely. Everyone in the band is involved in song writing, but we don’t all live in the same city, so we don’t jam as a full band very often. It’s usually just Vil & I that get together more often to practice and work on stuff. Sometimes we even write songs just jamming; this is actually my favorite way to write. Once we have a group of songs that we think work well together as a release, we’ll do some pre-production and record everything except for vocals. With these pre-prods we work on different leads, harmonies or even change stuff around completely. This also gives Mel a decent recording so she can start to work on vocals and lyrics. Sometimes we’ve done a ton of pre-prod demos, like for Die Miserable we did 3, but usually it’s just one and then we start the final recording. A song is always open to changes until we do the final mix. We’ve had songs change a bit even while we’re mixing.

What was your best show in BC(when/where, with whom, etc.)?

Vancouver in general has been really good to us, but I think when we played the Cobalt in 2006 was the best show we ever had there.

How many times have you played Vancouver (and Victoria, and Kamloops)?

I would guess 5-6 times, maybe a bit less in Victoria & Kamloops. Actually the Kamloops date fell through on this tour, so we’re playing Kelowna instead. We haven’t played there in maybe 10 years and it’ll be the first time even that we play our song “Kelowna” in Kelowna.

Favourite thing about Vancouver, or the west coast in general?

I love driving through BC and seeing the mountains come up when you get close to the Alberta/BC border. I think BC is the most beautiful part of Canada, from what I’ve seen so far. 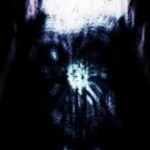