Honored to present an exclusive track premiere from the LA based instrumental doom quartet Goliathan, from their new EP of the same name. The song is an exciting blend of doom, stoner rock, and postrock elements, masterfully put into a musical story telling form, that goes from heavy and powerful riffs to a way more gentle and dreamy sections. However, I would encourage everyone to listen and form their own opinion of it:

The story behind the song according to the band: “Shawn came into practice one day back in February with Albion sketched out, and we all loved it immediately, and latched onto what he was trying to do. A lot of our songs bounce around between all four of us a lot, and go through lots of changes over the course of a few months. Albion is an exception; we tweaked a few things, but it always had the same structural beats, and from birth it was always the centerpiece of the story we wanted to tell. Albion is the oldest known name of what’s now Great Britain, and Shawn was inspired by a visit, where he took the photo that would become the album cover. The aberration emerges from Vaalbara, splitting it in two. It arrives in Albion. The album begins where the story ends. It’s a loop.” Goliathan consists of Kevin Cogill and Shawn Doster on guitars, Neal Gardner on bass, and Philip Bailey on drums. This is the band’s second release, following their 2016 debut “Awakens”. The current 3-track monsterpiece was recorded in Lincoln Heights by Manny Nieto (Health, Trash Talk, The Breeders), mixed by Sean Beavan (NIN, Marilyn Manson, Slayer), and mastered by Maor Appelbaum (Faith No More, Rob Halford). The album is being released on CD, LP and digital formats on November 16th 2018 via Metal Assault Records. The official release show will take place on the same day, November 16th, at the 5 Star Bar in Los Angeles. You can pre-order the album here: Metal Assault Records

More about the band: 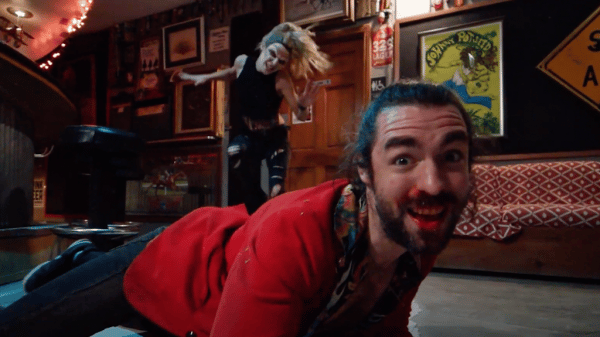 What better than a story of human folly set to scorching stoner desert doom? That’s what Nashville, TN’s KARMA VULTURE is bringing on their...