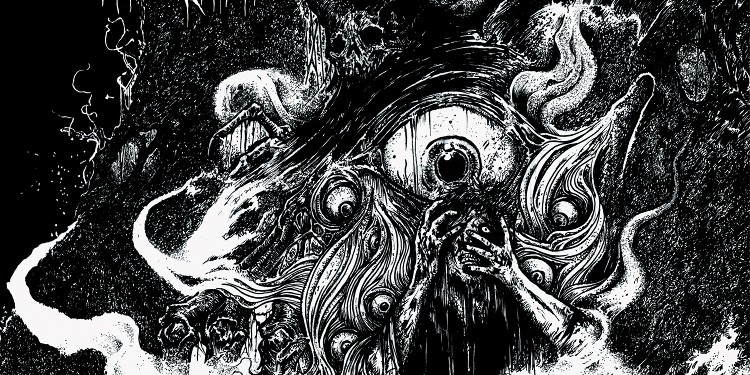 Get ready to fucking SUCCUMB! What we have for your ears today is a fuckin death metal/crust RIPPER from the bowels of HELL! Behold the unholy power of Barcelona’s CRUZ – this Spanish band crafts mammoth sounding, bone-shattering, old school death metal with crust punk influences that is just a fucking war zone in sonic form. “La Pitjor De Les Plagues” is an adrenaline-drenched fist-pumping ripper taken from Cruz’s unbelievable debut full-length album Culto Abismal, that comes out on October 7th, 2016 on Selfmade God Records (CD), Sentient Ruin (North America LP and Tape  – pre-order HERE and HERE), and To The Death Records (European LP and Tape). Cruz‘s music sounds like an unstoppable sonic horde from hell than can not be repelled. Wolfpack/Wolfbrigade, Bolt Thrower, Grave, Discharge, and Entombed bottlenecked into an explosive detonation of punk-infested death metal chaos, built with the sole purpose to reap endless havoc upon human ears and flesh. Unbelievably punishing, recklessly fast, inhumanly filthy, and ridiculously heavy, this band’s music will literally rip through you like an infernal swarm of bullets shot from the mouth of hades. Behold the legions of hell!