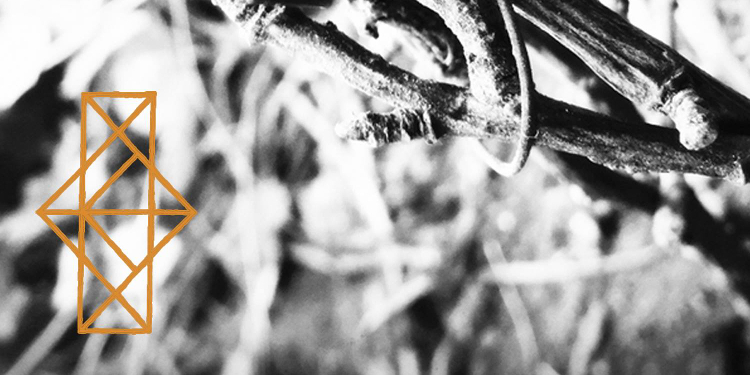 Common Eider, King Eider are masters in sculpting absolutely grandiose and mind-bending blackened ritualistic ambience. The San Francisco dark ambient/blackened drone unit have been around since the mid-2000s, never ceasing to amaze in their patient and meticulous weaving of shadows, light, earth, moss, and blood, to create an invisible connecting tissue between night, day, infinite, death, good, and evil. Their god-like music evokes in the listener’s mind visions of colossal structures made of bone and shadow overlooking vast and spectral forests, lost in the pale light of an eclipsing and dying sun. This world they are able to materialize before the listener with the sole force of sound will soon incarnate again into new flesh, taking physical form, as the band has readied the release of their ninth full length album through Sentient Ruin.

Shrines for the Unwanted, Respite for the Cast Aside is a monolithic, one hour long trip into the darkest caverns of the underworld, and into the vastest and most intricate forests of the soul and mind, and today we’re honored to bring you a slice of this fathomless sonic darkness they have conceived in the form of the monstrous dark ambient beast “The Dark Winter (Sing Out Into the Dark Night Sky!).” Within, you will be literally devoured alive by a slow moving miasma of shadow and night that advances unrelenting, devouring everything, and turning the brightest day into the blackest of nights.

Shrines for the Unwanted, Respite for the Cast Aside will incarnate as limited edition cassette tape and digital formats, and an even more limited number of tapes will be available as a deluxe version, bundled with a majestic seventy-five page book of photographs and writings provided by Feral Spirits (the band’s own imprint). The photos were taken by the band members them selves during their 2016 European tour – preserved memories of various hand made shrines as objects of power and contemplation. The cassette will also be the only way to obtain a massive bonus track – a 30-minute live recording of the band performing in Vienna, Austria, during their 2016 European tour, which will serve as the B side of the tape and will not appear on any digital formats, or any other future formats.

Shrines for the Unwanted, Respite for the Cast Aside is monumental and horizonless ritualistic black ambience that will crush your mind – for fans of Sunn O))), Halo Manash, Wardruna, Arvo Part, and Lustmord, and including guest vocal visitations by A.C. Way of Sutekh Hexen on track 3 “Litha.” Officially released on April 7 2017 – pre-order now from Sentient Ruin on their store or Bandcamp. In this article:Common Eider King Eider, Sentient Ruin, sentient ruin laboratories, Shrines for the Unwanted Respite for the Cast Aside

Here is a staggering document of Portland War Metal legion DIABOLIC OATH immersed in their primal element and doing what they do best (and...

Hailing from Utah, one-man blackened death grind entity EGREGORE might be one of the best-kept secrets in the American extreme underground. Sole mastermind M.A.E....