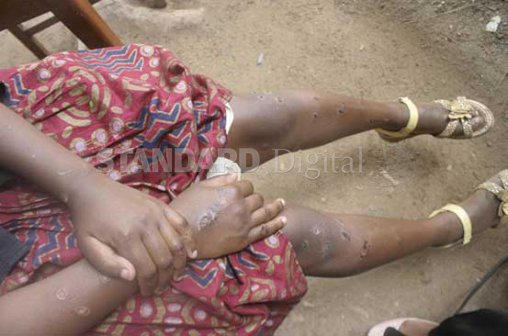 So what do I consider evil? Let me tell you some things I don’t consider evil: Wearing All Black, Inverted Crosses, Rituals, Homosexuality, Satanic or Morbid Imagery… I could go on, but I think you get the picture. Here some things that I do consider evil: Catholic Priests who molest children while calling themselves representatives of Christ; People who burn 17 year old girls alive because they think they are Satanist. The concept of evil too often has nothing to do with action and everything to do with warped religious perception. Read the story below, and if you are like me, your blood will boil, and you will want to burn these fucked up teachers alive!

Nairobi – Two teachers at Strait Secondary School in Nairobi, Kenya, are on the spot after burning a 17-year-old student with polythene bags and kerosene for allegedly engaging in “devil worship”.

The incident took place in the staff-room on March 17 as the Principal watched.

According to Standard, the teachers tied the girl’s hands and feet and demanded that she disclose the whereabouts of another student.

When she said she did not know the girl in question, they resorted to burning her and demanded that she confess to “devil worship”.

The girl’s parents, who were called in after she was rushed to hospital, denied that she was a devil worshiper. Their lawyer further revealed that the school was not registered.

In January, another teenager went through a similar ordeal in Nakuru County after members of a local church burnt her in alleged exorcism.

The 13-year-old Standard Seven girl was staying with her brother when members of the Roho Mowar church at Ponda Mali slum in Nakuru town went to the house, doused her face with paraffin then lit a fire in a bid to expel demons from her body.

In a clip aired on Citizen TV, the church members claimed she was possessed and that they needed to expel the demons using paraffin and fire.

It was later discovered that she was pregnant after being raped by one of her tormentors.

Advertisement. Scroll to continue reading.
In this article:kenya, nairobi, satanism