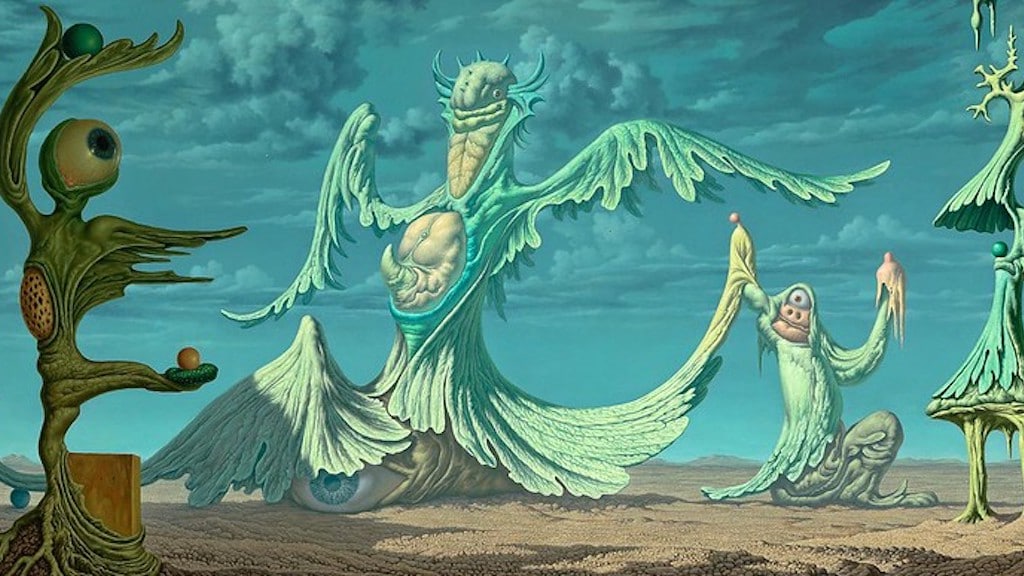 Johfra Bosschart (1919-1998) was a Dutch surrealist who, in his own words, painted images of “psychology, religion, the Bible, astrology, antiquity, magic, witchcraft, mythology, and occultism.” So, pretty much everything I’m into, with the exception of The Bible, but I’m thinking about doing an alternative read of that, too.

The earliest stages of his work were completely lost in 1945 when a bomb leveled his house in The Hague. Thus his post-war work began, apparently inspired by the remains of his home, “the twisted metal and molten steel of the ruins.” He worked the art of the destroyed into the strange shapes of his characters, creating a world that looks like it was painted by an alien Dali during their planet’s medieval phase.

Dali was also an inspiration to him—when he lived in Nazi-occupied Holland, he found images of Dali’s work in a propaganda magazine about “degenerate art,” obviously intended to turn people off, but instead it turned Johfra into a degenerate artist himself. (We think of these kinds of stories as being in our past, but we need to remember that tomorrow’s geniuses are today’s degenerates.) Below you’ll find a huge collection of some of the most captivating surreal paintings I’ve ever experienced.

In this article:Featured, JOHFRA BOSSCHART, netherlands 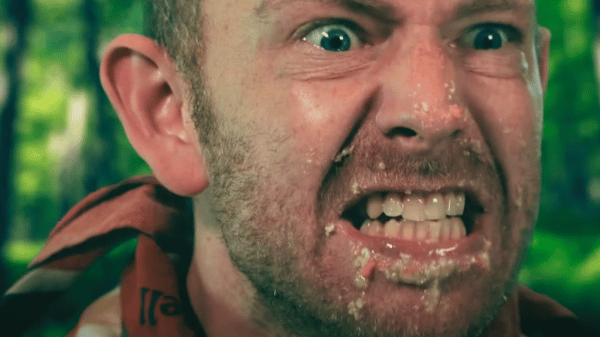 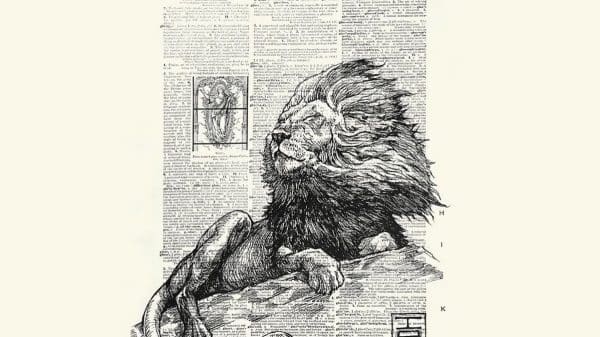 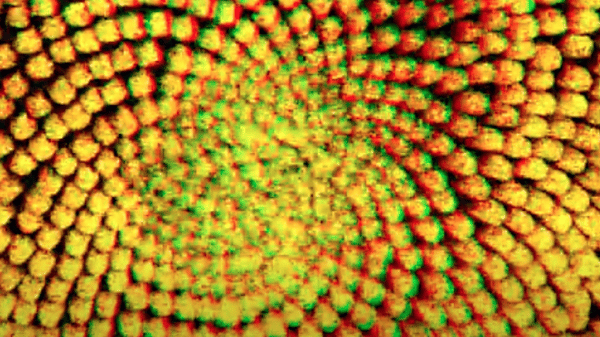