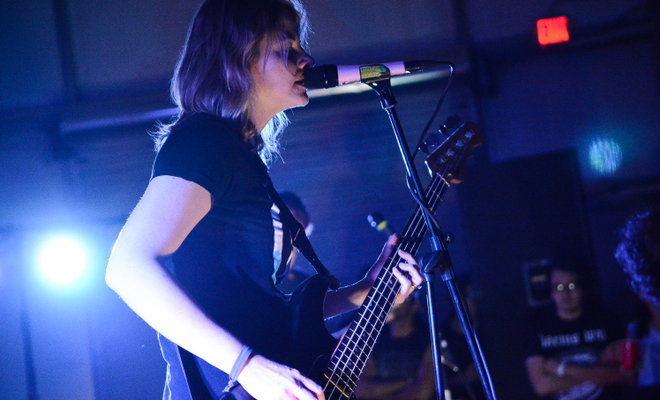 Circle Takes the Square entered by the narrow gates – just kidding, but really, they couldn’t choose a more perfect song to open such an amazing set. I didn’t expected them to even have a light show more than coordinated lights, but either way, it was amazing. I fell in love with their performance, and how they gave everything on every single song they played that night. Kathleen really made the sound of the band very distinguishable with her voice and screams, and of course Caleb and Drew gave the chaotic touch to the band. Together, along with the crowd singing along, moving around and screaming, made the night a deserved mention for the next few months. El Paso DIY is getting bigger and better every day.