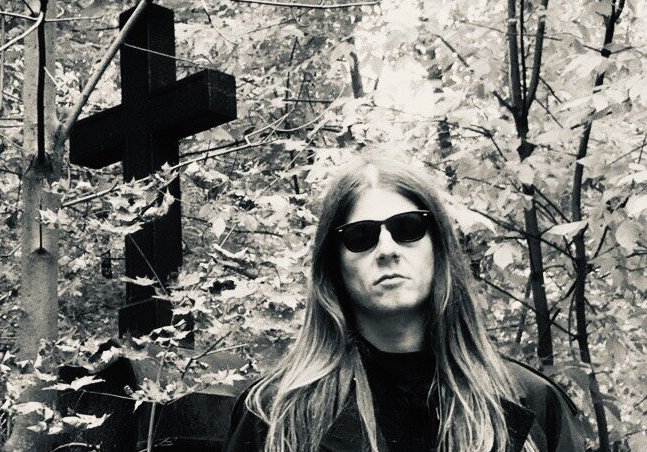 The Brvtalist is proud to present a new mix from Sariim. The Moscow-based artist delivers a heavy, infectious set of sounds from across the electronic spectrum. Perfect for your Samhain, Day of the Dead or other ritual listening. Sariim is also involved in the groundbreaking Moscow event series Temple of Joy and we were able to ask him a few questions about his background, the event and more…

The Brvtalist: Tell us about the background of the Sariim project.

Sariim: Sariim and Temple of Joy began four years ago. These are all part of one story which started in November 2015. My main passion and inspiration were Bunker label parties, with lots of smoke, minimal light and viscous, paralyzing music. Nothing original but at that moment, Moscow lacked parties such as this. Then and now I occasionally play in bands – mostly metallized hardcore and noise punk. It’s the music of my roots. I cut my first mohawk at 11 so this is a long relationship with this kind of subculture and vision. Tired of which, at some point I discovered the Belgian new beat and EBM from the 80’s. They probably also had a great influence on the early Joy and my musical selections as Sariim.

TB: Talk about the evolution of Joy.

S: Over time we grew from parties in a basement for 200 septic kids to opening our own club called Rabitza. It was a short 13 months of magic existence, being a collective which can easily be described as a psychedelic commune. Having opened in July 2016 we were brutally closed by the police in August 2017 because places with such a level of freedom in today’s Russia simply cannot live longer.

All this time the Temple of Joy grew and grew and by the end of 2017 we turned into a small regular festival with three stages, and the participation of 20-30 artists and 1000 visitors.

This is how we approach our next chapter, the twenty-third in the history of Joy, which will be our fourth birthday and your Moscow debut.

TB: What’s coming up next?

S: For the birthday we are preparing special merch. Like before, we will have t-shirts with a crucified penis and a special cassette release with the music of our close friends and residents of the Temple. Year later we now delve into our original search for extreme musical forms and psychological traps. The consciousness inside the Temple of Joy is in constant search and experience, although there is no doubt that as in the past to this very day, for me and for Joy, our two main words are Will and Love.