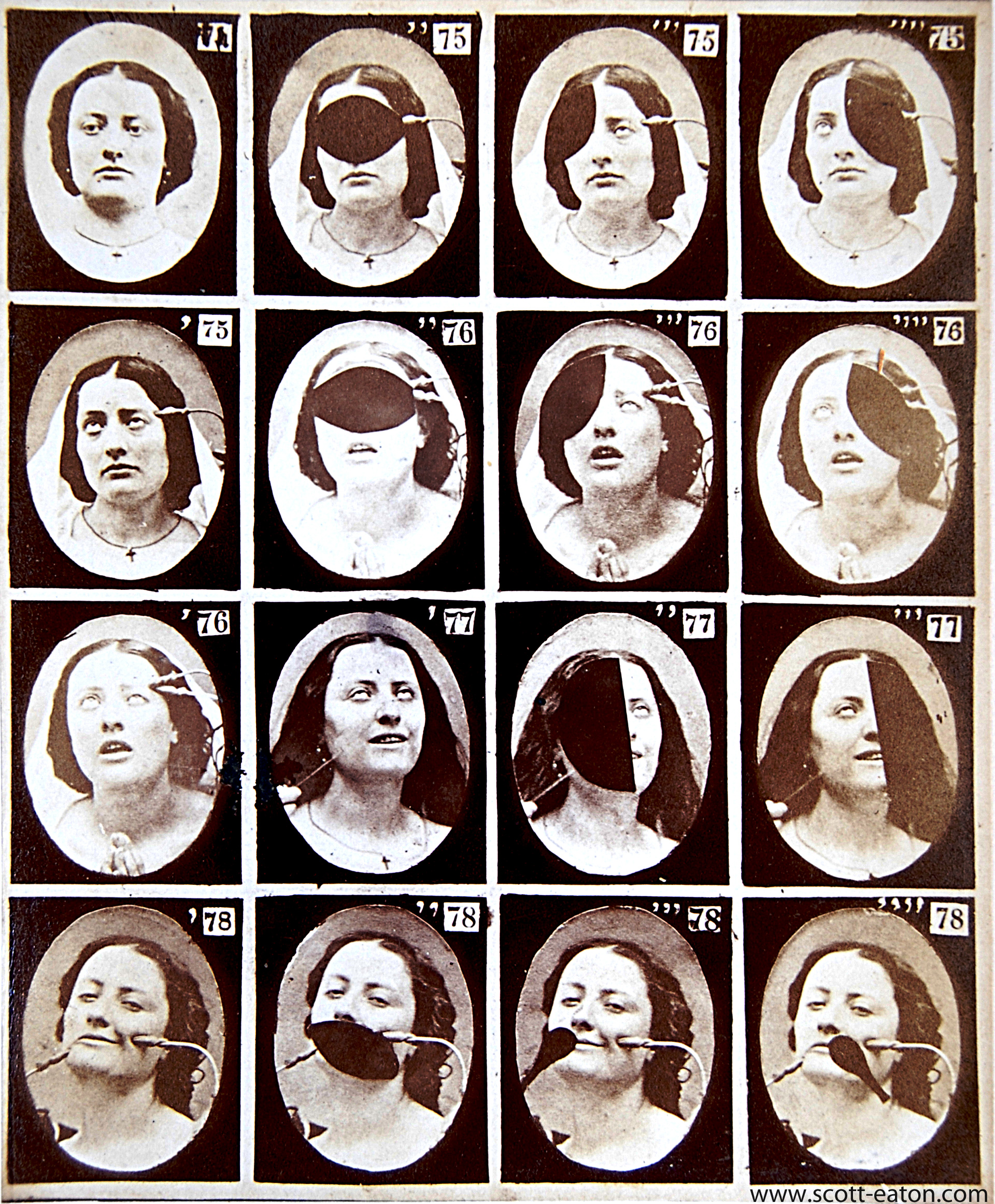 Guillaume-Benjamin-Amand Duchenne de Boulogne was a pioneer of neurology in the 1800s, and his work on human facial expressions was influential on some of Darwin’s theories of human evolution. Duchenne believed that our facial expressions were a gateway to the soul, and he set out to create as many as he could using electric shocks delivered to the facial muscles with small probes. At the time that he was developing his experiments that he would document in his monograph The Mechanism of Human Facial Expression, photography was in its infancy, and he used the burgeoning art to capture the experiments he conducted on a handful of patients. He worked with photographer Adrian Tournachon, who helped him capture the fleeting expressions he produced, which Duchenne argued could not have been accurately captured by drawing or painting due to their speed. The most prominent face he featured was that of “The Old Man,” a toothless and emaciated man whose face he manipulated mercilessly with his electric shocks. He faced some criticism for his use of the old man, but he stated that the patient could not feel the pain of the shocks because of numbing condition in his face. With each of his patients, he aimed to show both the scientific mechanism of expression – the actual muscles which worked to create thirteen distinct emotions on our face – and the aesthetics of our expressions. Duchenne believed that beauty could be found in the manipulation of the facial expressions, that finding the perfect expressions could transform an otherwise ugly face into a “spiritually beautiful” one. The images he and Tournachon captured are incredibly haunting and inspirational, check out a selection from The Mechanism of Human Facial Expression below.

All images via Wellcome Library, London and scott-eaton.com In this article:darwin, duchenne, electroshock