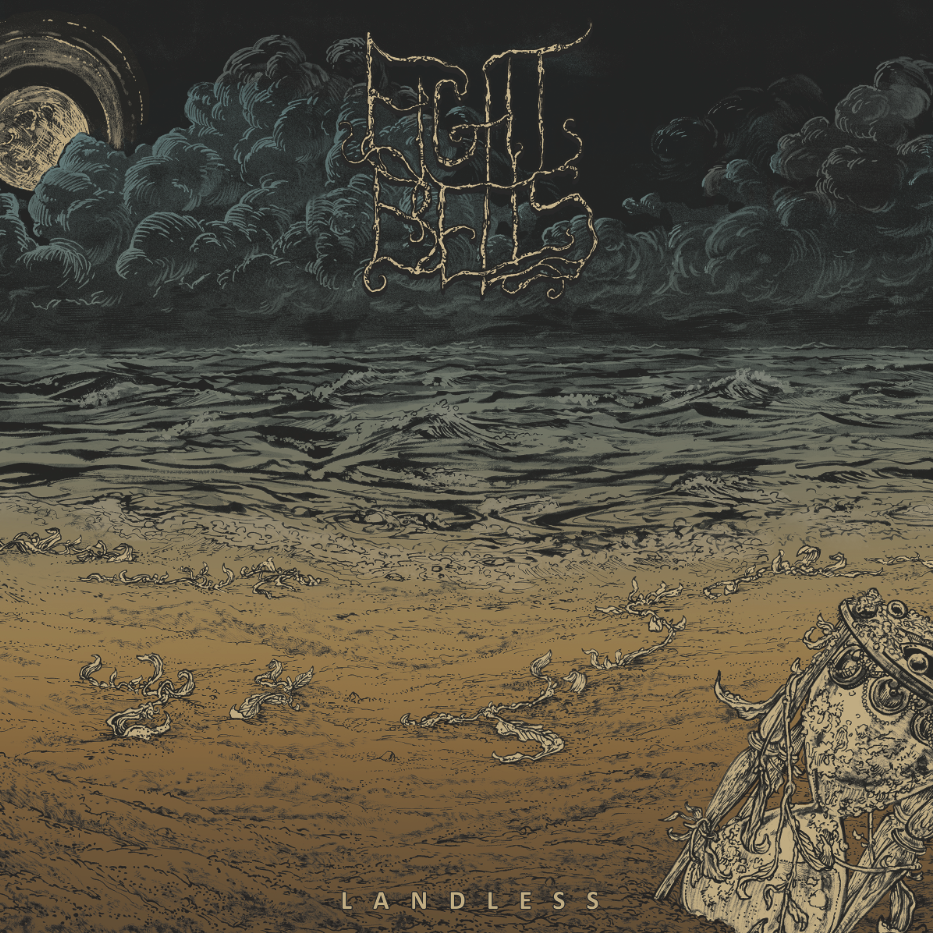 Back in 1996, SubArachnoid Space were releasing their debut album, beginning a great career that would span the next fourteen years, a journey that ended in 2010. However, that was not the end for Melynda Jackson, who channeled her creativity through her next project, Eight Bells, suitably named after the final release of SubArachnoid Space. Along with fellow SubArachnoid Space member, Chris Van Huffel, and bassist Haley Westeiner, the trio released an excellent album in The Captain’s Daughter, a lyrical opus of extreme experimental music. Three years later, Eight Bells make a comeback, with the addition of Rae Amitay on drums, also of Immortal Bird (if you have not heard of them, drop everything you are doing and listen to their debut album, Empress/Abscess) in order to bring their sophomore album, Landless, to light.

Comparing Landless with The Captain’s Daughter is inevitable. Even though many of the same characteristics are present in both records, the sophomore album seems to have a more solid form. Where The Captain’s Daughter had a raw quality, a furious jam session approach, Landless appears more well thought out. The improvisation aspect is, of course, still present, but with a more rigid basis on top of which the band’s experimentations are allowed to evolve.

But let’s start with what is familiar in Landless. What Eight Bells can conjure so well is that dreamlike state that hovers over their music. The band’s vision has been expanded in Landless, with the peaceful guitar tones of “Hating,” the slow pace of the title track reaching ritualistic areas, and the spacious sound of “The Mortal’s Suite” being some of the means by which Eight Bells achieve their end. The delivery of the vocal lines is also another aspect that is able to give rise to this ambiance, widening the atmosphere to the edges of the stereo image. What ties in brilliantly with this dream state is the doom weight that the band is able to produce. “Touch Me” is an instance where the delicate ambiance and heavy riffs find a middle ground where they can co-exist, managing to construct a dreamlike and peaceful moment, but with a fair amount of tension in the background. Still, this doom side is able to exist outside the ambient approach of Eight Bells, and in a number of instances, they bring forth the heavy guitars with a more mournful tone.

Doom is not the only side of the metal spectrum that Eight Bells call upon. Since extremity is a big part of the band’s sound, there is no better way to signal an outbreak than with a black metal assault, and in Landless they are not afraid to go all the way in terms of ferocity. “Hold My Breath” sees the band unleashing its most terrifying form, with the distorted vocals and the blastbeats at large. Further mutations of the black metal edge of the spectrum exist in Landless, with the epic approach of “Touch Me” and the subtle, underlying bitterness of the opening track allowing the twisted essence of Eight Bells to come to the surface.

Eight Bells’ music is built upon layers. No matter how strong the metal leanings are in their music, at their core this band has a lot more to offer. Their music contains further elements across a variety of diverse fields, from prog rock and krautrock to minimalistic ambient music. Eight Bells find the appropriate places in which to drop down their heavy coil, expose their minimal side, creating a desolate scenery, as they do in the opening track. The guitars on top of this minimalistic aspect are brought in, granting a psychedelic edge to the track with their solitary leads, bending time and causing the soundscapes to melt in their presence.

Eight Bells carry on their path, taking their concepts from The Captain’s Daughter and further exploring their sound, perfecting their craft in the process. This album carries more depth, the switches between the interchanging parts of Landless are more well-rounded and more cohesive. In this album Eight Bells improve further on every single aspect of their sound.

In this article:battlegro, EIGHT BELLS, landless, the captain's daughter 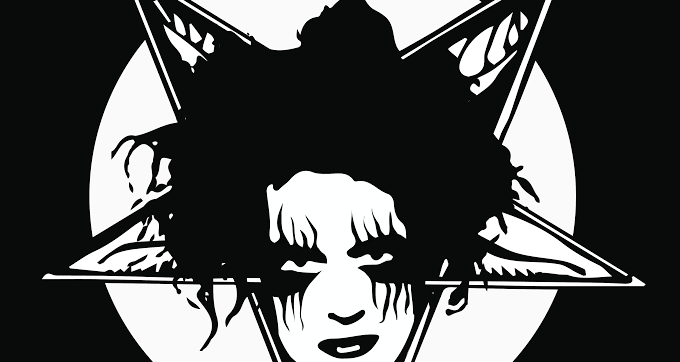 We are about 90% done with our CVLT Nation Sessions: The Cure Pornography comp. Every band that has taken part in this project has gone above...

CVLT Nation has been given the honor of sharing with you Eight Bells’ track “Touch Me” from their sophomore album Landless, which hits the planet on 2/12 via Battleground Records...