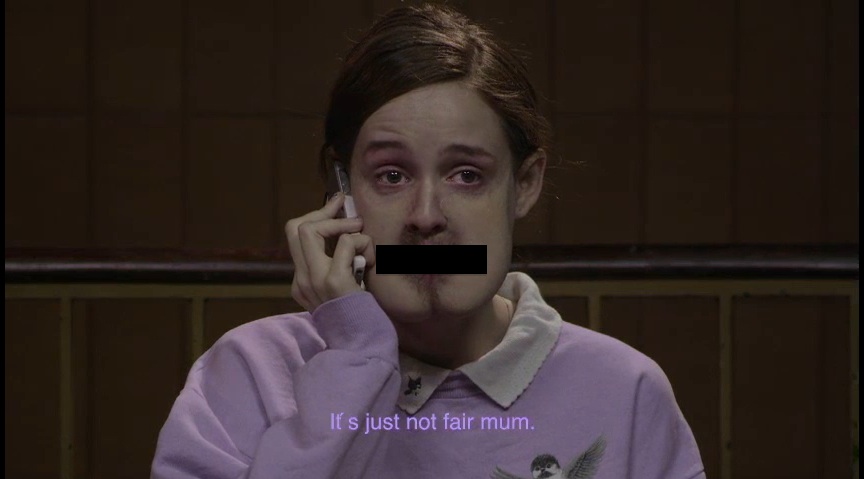 Most people reading this can sympathize in one way or another – that one feature that irks you, that you wish was fixed but hopefully won’t drive you to plastic surgery. Like my lopsided eyes. Well, there are people out there whose feature is so strange and grotesque that it changes the way the world – not just their own ego – percieves them. Take this short film called Eat My Shit, directed by Eduardo Casanova and featured in the Jameson Notodo Filmfest in Spain, about a girl whose very face is censored from social media because it is so taboo and bizarre. Where her mouth should be, instead she has a dark, hairy, puckered anus. This unfortunate feature dictates her entire existence, and this (hilarious) film shows just one snapshot of her life and her trials as a buttface. She is openly ridiculed by society, even when doing something as simple as eating (think enema); although I’m sure she could find some extreme anus fetish person to shack up with, but who wants to be exploited for their butthole? So next time you look in the mirror and your imperfections stare back at you, remind yourself of the girl with the anus mouth. After all, you can’t put lipstick on a butthole.

Straight up, BUTTHOLE SURFERS are an acid trip come to life!!! Out of any band that I saw in the 80’s, this band freaked...

There’s a certain artistic liberation that has spread since the early days of the internet. A global database where any prospective artist can build...

From Disck Pictures and the young, multi-talented director behind such works as Dark Prism and Amityville: Vanishing Point comes a film featuring none other...

Inauguration of the Pleasure Dome, directed by Aleister Crowley enthusiast and filmmaker Kenneth Anger, is an occultist’s dream fevered-up and grafted onto celluloid, with...