Dressed like a Salad: Dogs in Space and The Legend of The Ears - CVLT Nation 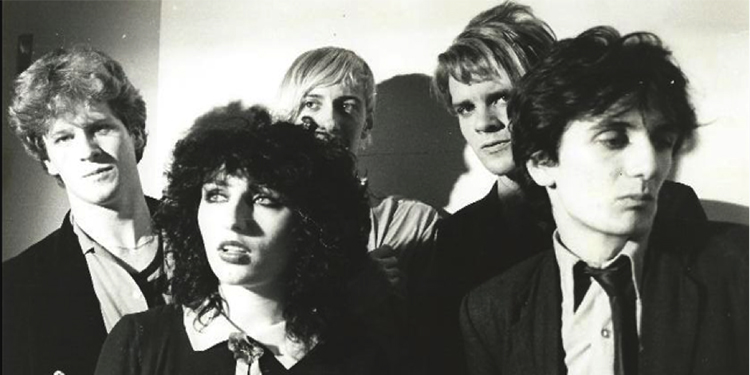 Mind Explodes, out come dogs, they shoot off, into space

Melbourne, Australia – 1970’s. A grim, exciting time to be young, unemployed and riding the residual spray of the punk rock wave as it eventually lapped at this convict nation’s shores. The Boys Next Door, The Young Charlatans, Whirlywirld, The Primitive Calculators, Tsk-Tsk-Tsk, The Ears. Each of them grasped the nettle and delivered something vital. Some flourished, some fell away, but only one of them got their own movie.

The quintessential Australian cult film – Richard Lowenstein’s Dogs in Space – details the squalid share house inhabited by the band The Ears and a perfectly pitched selection of miscellaneous archetypes plucked from student/music/art life. It also spawned some pretty awesome catchphrases (“Ball-a-rat,” “Microwave Brick,” “What Tim meant to say was…”). Part comedy, part tragedy, part anthropology, all chaos, and with a wicked soundtrack, it captures perfectly a hyper realised caricature of a scenario that will be intimately familiar to anyone who braved a share housing scenario in their late teens/early twenties.

With Ears lead singer Sam Sejavka being famously played by the late Michael Hutchence in his only acting role, the film has kind’ve entrenched people’s ideas of The Ears ever since and as such it has been both their blessing and their burden. Because they’re much much more than simply ‘the band from that Michael Hutchence movie’. The Ears kick ass. Emerging from the chrysalis of 1979’s dole hammock, The Ears were a perennial fixture at Melbourne punk rock mecca The Crystal Ballroom. Stylistically, they were all over the place – from the new-wave vibes of second single ‘Scarecrow’ to the grimy Stooges-inspired thrash and dirge of ‘Sagging Insects,’ they were exciting, unique, colourful (in a monochromatic kind of way) and pretentious as hell. Like all young, spoiled bohemians high on their own sense of self (and lashings of heroin and amphetamine sulphate) The Ears were legends in a bubble of their own creation, but the ripples emanating from that bubble would endure.

First single ‘Leap for Lunch,’ is a hidden Australian pop classic. A fortuitous friendship with a young Richard Lowenstein led to an accompanying video with the band looking appropriately bored in a Lou Reed aping fashion as their heroin chic and cheekbones dominate the screen. Sprightly, wiry and melodic, it’s a perfect three and a half minute slice of post punk that echoes what acts like the Buzzcocks and an embryonic The Cure were simultaneously producing across the pond.

But two singles and a couple of tracks on the ‘From Belgrave with Love’ compilation were all they officially offered before their split in 81 and subsequent mutation into Beargarden. However, there were a fistful of demo tracks loitering with intent in attics, and 2010 saw the release of a compilation of these artifacts under the pragmatic moniker Dogs in Space. Available now via Bandcamp the collection sounds as vital now as it must have done when first wired and fired all those years ago, with the production quality and instrumentation leaping about wildly from track to track, lending it the feel of a curates sampler box and never failing to engage. Aficionados of the film will surely be keen to hear the original versions of ‘Golf Course’ and the title track (appearing here in its full and punishing 7 minutes of glory) but these are not the highlights, with the aforementioned ‘Sagging Insects’, and the spidery ‘One Light’ conspiring to pump my nads the hardest.

Continued interest in their legacy led (of course) to a reunion and a new record, with the band releasing Deja Moo in 2012 and performing sporadically around Melbourne in the intervening years, but it is the energy, naiveté and drug accelerated certainty of the early material that hits hardest. Like the film, these tracks are a time capsule of an oft-romanticised era that according to most of its participants was actually pretty fucking grim. But like pieces of Skylab falling to earth, each track here is like a burning shard of defiance in the face of poverty, boredom and inevitable looming tragedy.