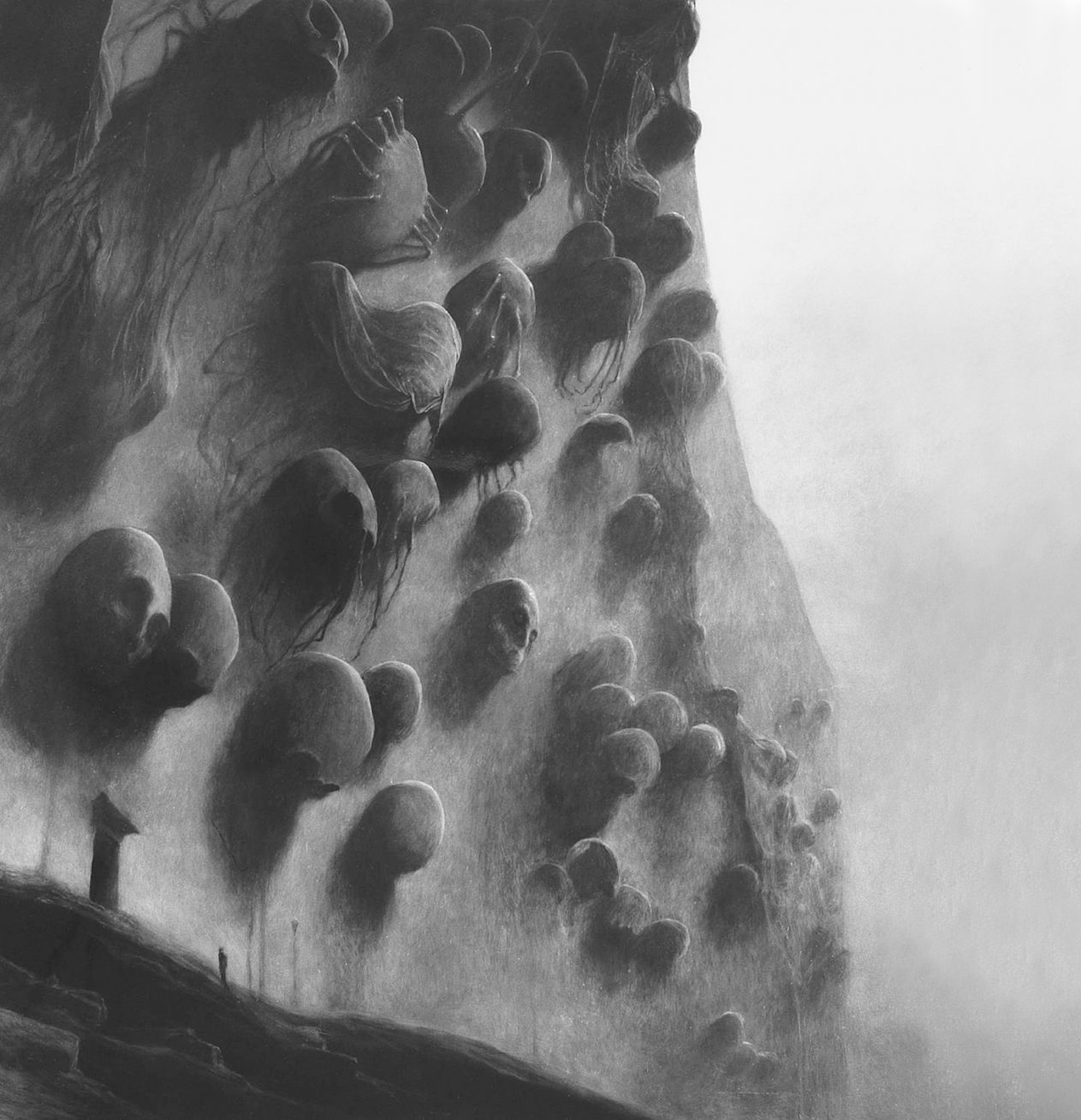 DreamLongDead is a fantastic extreme metal band from the Greek underground scene. Taking their name from Godflesh’s epic track, these guys set out with a doom/death vision combined with a Lovecraftian influence, which was perfectly materialized in MadnessDeadGrave. However, as time passed DreamLongDead did not remain static, their sound mutated as they begun to explore a faster pace and more energetic aspects of their sound, showcased in parts of their sophomore record AriseHowlingDarkness. This evolution carries over the band’s new record, Umbra, which sees a substantial departure from their earlier releases and a deeper embrace of old-school death metal practices, along with some very interesting twists.

From the get go with “No Grave Deep Enough” the band unleashes their old-school infused death metal stench, channeling all the rotten sound that Autopsy first unleashed alongside a heavy, infectious groove. At the same time the guitar take on further characteristics of the American death metal scene, with an Azagthoth-ian manifestation. Further play with different aspects of this death metal sound make an appearance, be it with somemore militaristic rhythmic progressions, or with the surprising “Unveiling the Unbecoming”. The track finds DreamLongDead taking on brutal death metal characteristics, which bring to mind the early days of Suffocation (minus the lightning fast blastbeats).

The band still pays tribute to their earlier doom/death days, specifically in the longest track of the record “El Ritmo de la Tierra”, which features the towering presence of their earlier works. The eerie characteristic of the Lovecraftian mythos still echoes through the sinister guitar leads, while the shorter outbursts of direct aggression channel through the death metal spirit of the late ‘80s. The pacing in this case awakens a more ritualistic element, and showcases the band’s versatility when it comes to the groove.

The foundation of any works that attempts to awaken and embrace the underground ethos of the death metal and the doom/death scenes lies in the groove of the work. This is where DreamLongDead truly revels, as they are able to awaken the underlyingessence of these aesthetics with their groove. The faster parts carry on a renewed sense of energy, with the rhythm section leading the charge. But, this primal sense is still present when the pace drops, resulting in much more imposing and terrifying manifestation. The breaks in “No Grave Deep Enough” showcase that energy in a very prominent manner.

Another interesting aspect of Umbra, and what seems to be a further evolution to the DreamLongDead identity is a certain playfulness and a tempering with a completely different sound. “You Gotta Be Fuckin’ Kidding” is such an instance, with the band leaving behind all notions of death metal or doom, and instead travels down a strange, repetitive psych rock path. It results in a completely mesmerizing trip, as the instrumental track performs a cyclic progression. Funnily enough, the track still carries the band twisted sense, and it enhances the mysterious cosmic element always lurking beneath the surface.

In the end, DreamLongDead continue to surprise. The band has been constantly tempering with their sound, without leaving behind the ethos of underground extreme metal. Umbra sees exactly that manifestation come into view, as the band embraces fully the death metal aesthetics but without forgetting its doom/death roots. It is very well crafted album, filled with hooky riffs and a sardonic demeanor, staying true to what the band represents but also having the guts to take things a step further.