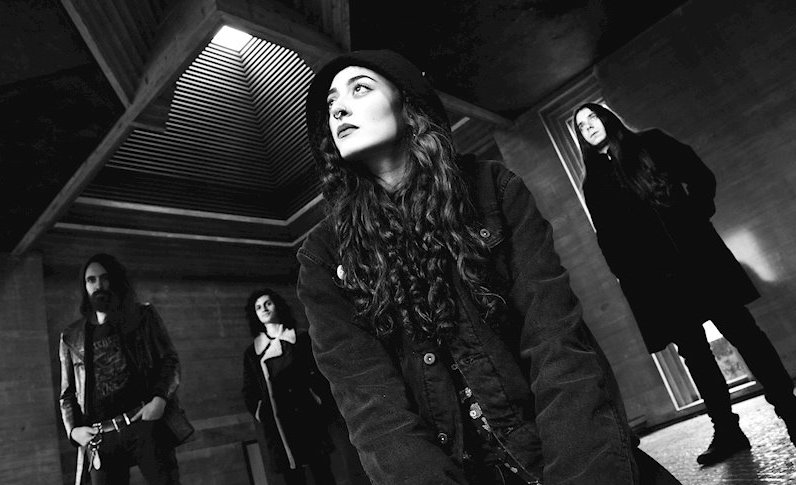 Italy’s doom treasure and outstanding foursome Messa, after the success of their first full-length album, Belfry, in 2016, are back to enchant the masses with this new work that revisits utterly classic doom and enhances it with seventies-style jazz melodies. It has been a pleasant surprise to hear the evolution of an Italian band that never ceases to impress us with the sophistication of their sound. Feast for Water, out on April 6th via Aural Music, celebrates water as an element, including from the perspective of sound.

In Belfry, Messa gave us an exterior taste of what they are capable of, but in Feast for Water, the band plunges poetically into the depths of the lake shown on the cover of their earlier release. The first two tracks, “Naunet” and “Snakeskin Drape,” submerge us totally into this dive to the depths of Messa’s musical imagination. The sounds are darker, almost muffled, as if we were indeed under water. The power of the guitars, the group’s real underpinning, is uncanny and is accompanied by Sara’s enchanted voice, which has matured profoundly in recent years. Like a siren, she introduces us to “Leah,” the best song on the album. The Rhodes piano makes its debut in this song, a new element that Messa added to this album that will be offered up in different ways in each song. “Leah” makes us hold our breath for a full 8 minutes, and when Sara climbs the scale, gooseflesh is a given.  “The Seer” and “She Knows” are Messa’s boldest experiment as, no longer content with the seventies lounge feel, they dive headlong into black metal riffs and the howls of “Tulsi” that reveal the complex musical influences bearing on this Northern Italian quartet. With “White Stains” and “Da Tariki Tariqat,” the tones are calmer without ever losing depth until we resurface and catch our breath.

A band consists of different members, and the interesting thing about Messa is that in Feast for Water they manage to highlight their various personal musical influences, creating a unique marriage in which their distinctive characteristics are mutually embraced to create a solid, special result. They are a pearl at the bottom of a sea of other groups intent on imitation rather than originality. In this article:Aural Music, doom, feast of water, italy, messa