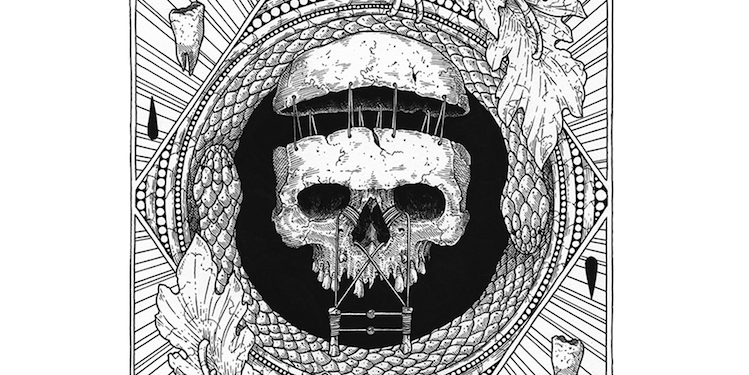 HEADS UP people, Boston-based sludge-doom heathens FÓRN have just released a new track on their Bandcamp page, the misery-bringing doom behemoth that is “Ambitions Toward Nothingness,“ and it is now available to stream below in all it’s pachydermic magnificence, and download for $1. There wouldn’t normally be much to debate about such an initiative if it wasn’t for the fact that the band will devolve 50% of every penny made from this track to the Black Lives Matter movement (and if you are not okay with this, you can fuck right off this site). States the band:

Originally tracked during the “Departure of Consciousness” sessions, the band has decided to release “AMBITIONS TOWARD NOTHINGNESS” from the vault as a standalone track to coincide with their US & Canada tour with YELLOW EYES to the upcoming Migration Festival in Olympia, WA.

Additionally, in support of Black Lives Matter and victims of police brutality, 50% of all download proceeds will be donated directly to the BLM Cambridge, Massachusetts chapter.

Make sure you support FÓRN and Black Lives Matter – this is a no-brainer effort, as for just $1 you get a 6 minute long killer doom tune from one of top players in the genre, and support an amazing and vitally important cause. Also, check the tour info below and make sure you don’t miss FÓRN on their upcoming dates with Yellow Eyes!