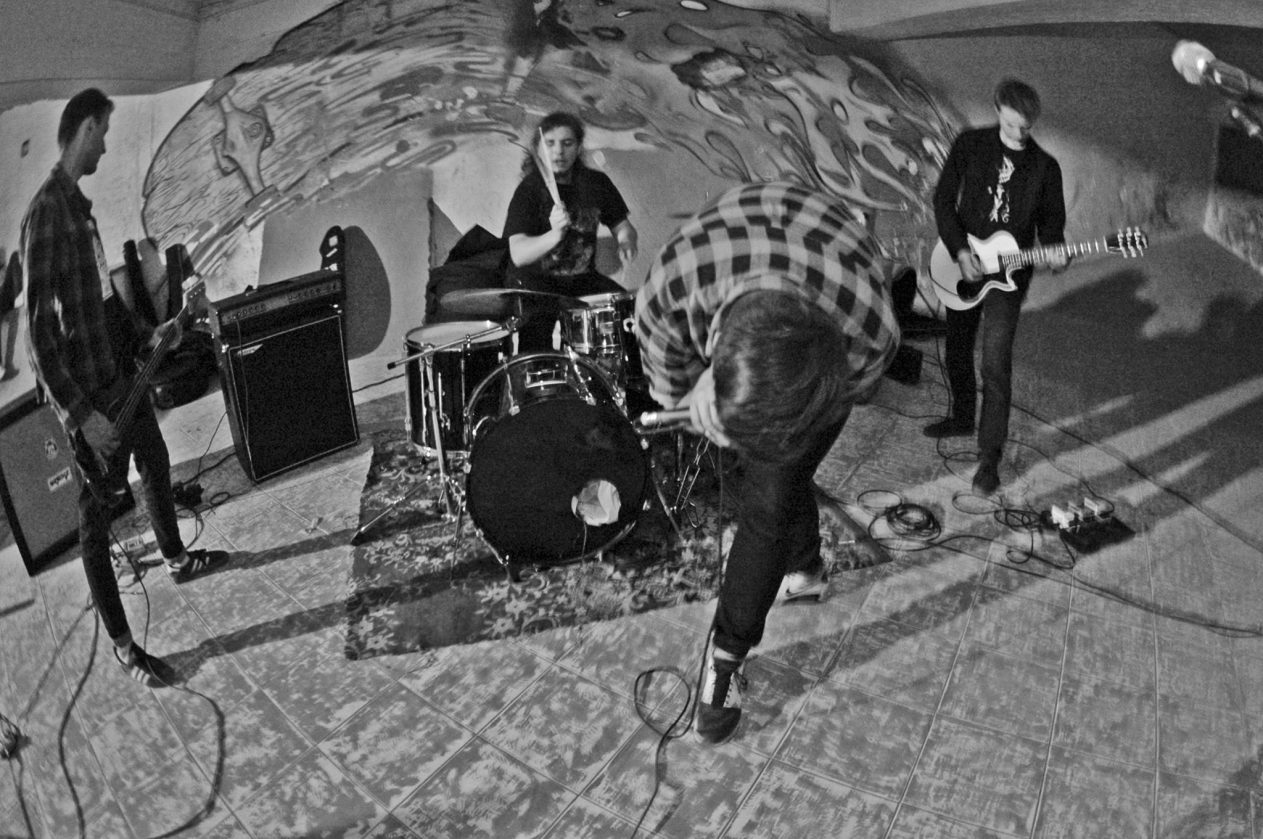 I get that everybody knows Government Flu and Drip of Lies, and the better known Polish band of all should be Brygada Kryzys – but that’s a whole different story. There’s a bunch of Polish guys that play in a hell of a lot of very good different sounding bands that need to be listened to, if only because you’re spending way too much time on western-European and American bands.

I kind of bumped into all this because of False Act, which have a great sounding name and according to the guys that play in it, started more as joke band than a real band, but they still sound great and probably even better than all those concept bands out there. Tight, catchy and with enough crudeness to keep things interesting and don’t forget about that song about having a jellyfish tattooed on the wrist, that I just don’t get and it’s catchy as an earworm and not everything has to be serious and holier-than-thou.

Story goes that False Act started because their previous band which – has the awesome name of SuicideByCop – went on hiatus one week before touring Scandinavia. False Act were born just to go on tour with Slug Abuse – another excellent name – which is a band that also shares some guys with the previously mentioned bands. SuicideByCop are hardcore in the way that hardcore was around 1982 when it was hard to differentiate it from punk which made everything so much more interesting. They even play Civilization’s Dying by The Zero Boys and have great songs about eternal themes like Scum, Emptiness and Disgrace. They’re fast but melodic with excellent slowdown parts and that perky arrogant singing that we all love and did I fail to mention that there’s a song entitled “Kill all cops”?

Slug Abuse are more on the Husker Du side of things and the guys even mention, unfortunately, grunge as an influence. I’m not sure what grunge is or ever was and fail to see anything good coming out of a term coined by the music industry, but nevertheless Slug Abuse are so much better than your average over produced bloated grunge band. Besides they are way more direct as in “Take me where the action is” or in “Sick Generation”, so forget about all those daddy issues that big rock stars take to the stage because they have nothing else to say; this is way better.

Concrete Dog also has shares members with False Act and their name certainly does justice to their sound because they are a hard sounding and pounding hardcore band. They have a lot of fast parts and a hard thick sounding singer that apparently has a whole philosophy about waking up on the wrong side of the bed and that kind of gives out the whole mood of the band.

Even harder, heavier and angrier are Huff Raid operating on the Crust universe of punk with the two singers demanded by the rules. The songs on their EP don’t have names, just numbers, so it’s hard to tell what the hell they are singing about but on their tour tape all the songs have just one-word titles like “Flag” or “Raid” and they sure as well sound desperate. When these guys keep screaming “So what” on Cycle or, if I understood correctly, how they’re sick of the same shit on “Convention” with crazy short guitar solos, everything just falls into place.

Scythe, on the other hand, definitely act according to their name and the first song on their latest record says everything that needs to be said about their attitude: “Napoleon hill was a fucking idiot and PMA is shit”. Things get even better with “Pete Steele was right”, of course he fucking was and will always be, and how can you not love “Sick Bastard Blues”?

DxD sing in polish and it’s kind of grindcore with short loud nasty noisy songs full of screams and drum blasts. They also have slow as fuck parts and the record is called something like “I never thought that going out into the street I would feel like in the book about genocide”. These guys are all over the place and it’s hard to tell what kind of music they play, but it fucking rules, meaning you don’t have to look to Japan in order to find crazy ass hardcore bands.