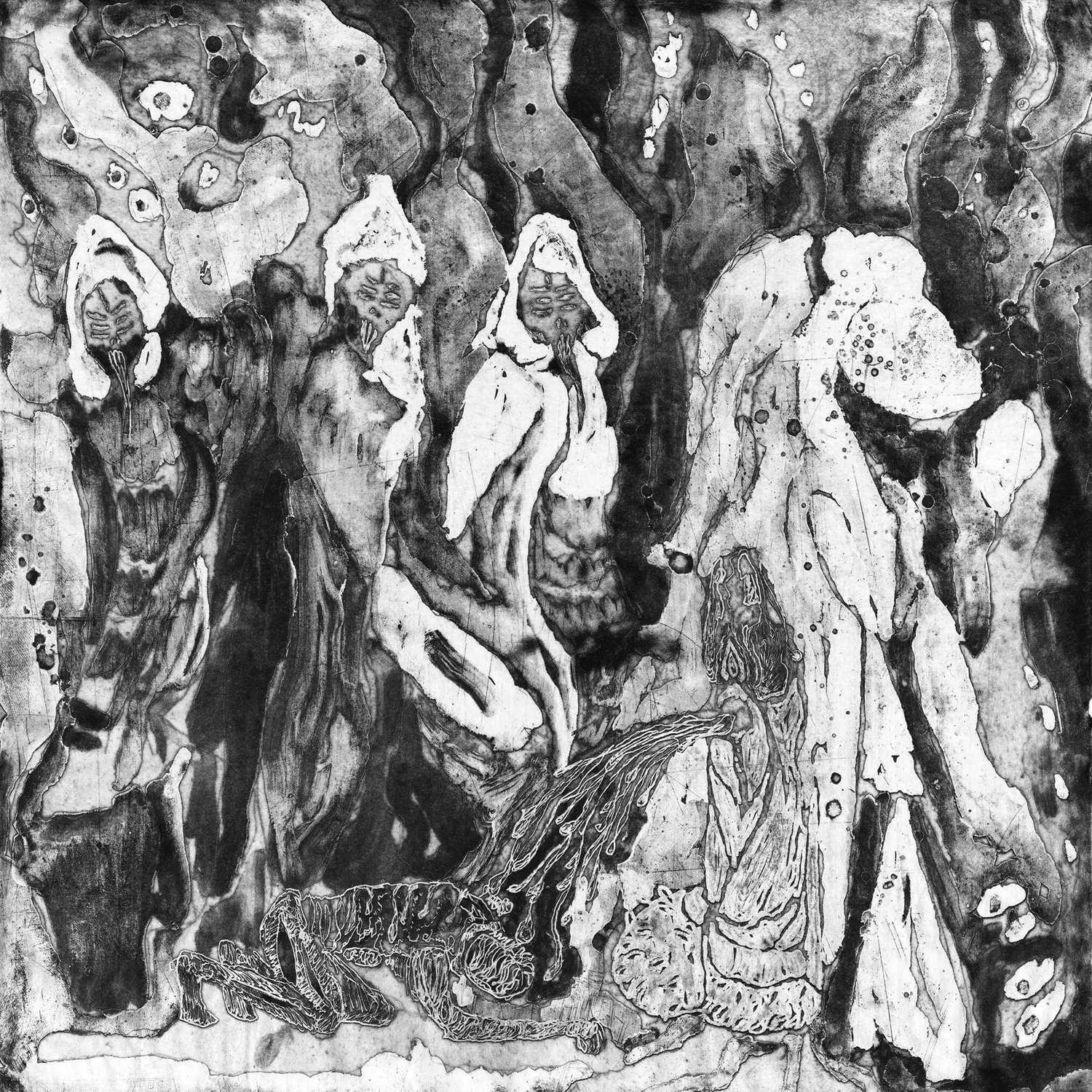 Hey metal bruthas! Al Necro here. Where it’s at? Boom-Boom-Pop. Where it’s at? Boom-Boom-Pop. Dark Descent Records, dudes. It’s been quite a banner year for Dark Descent. The latest in a fine slew of releases being Dire Omen’s Wrestling the Revelation Of Futility. Underground death metal fans should have heard about the band’s debut some time ago, entitled Severing Soul From Flesh. Said album sent a shiver down my spine as a debut by a promising band. Here now, released in 2014, is their awesome follow-up.

Blackened death metal, old-school death metal, who gives a fuck what you call this brilliant piece of music. No prog here. No gimmicks. Just straight-away ritual fucking death of the highest calibre. I can’t stop listening to it, to tell you frankly. There are shitloads of tiny riffs that just sound so good. Shred, tremolo, chord transition, whatever, its got it all. I have never, ever gotten tired of hearing it hammer into the back of my skull. I’ve tried several times to write a decent review promulgating this album, and all I get is “All Dire Omen and no play makes Al Necro a dull boy.” But dull this record isn’t. Sure, listening attentively the entire runtime is a little more challenging. It’s not pop metal sing-along long hair and leather pants kind of shit. This is a ritual. Baptism of fire? Check. Kvlt madness? Check. Top ten death metal albums of 2014? Hell yes! I love it. If you swore your soul to Satan after Severing Soul From Flesh, you will find this killer! Killer! Killer! The songwriting on this album is more complex. The tempo changes are more precise. This reminds me a bit of Antediluvian’s seminal Through the Cervix of Haawah. Dire Omen don’t play standard fare death metal. This band has swagger, but are 100% zero-bullshit when it comes to playing old-school inspired blackened death.

What can Al Necro do to make you stop buying truckloads of hipster quasi-intelligent metal packaged alongside hordes of cvlt wannabee bands that do the same shit over and over? Perhaps little. If Metallica and MTV miseducated you about what real metal is supposed to sound like, Dire Omen won’t get your support either, but it’s about time people just celebrate music that reflects the trve DIY spirit. Dire Omen can care less about your bottom dollar going to FYE subscriptions. They play death metal from the heart, sans brutality in ways done so many times before by bigger bands. Truly intelligent metal comes with the execution of each riff like it’s the band’s last breath at stake. Album highlight is the closing track, “Closing the Portal.” They do so many cool things in that last track, I end the last listening session feeling high on incense and animal rot.