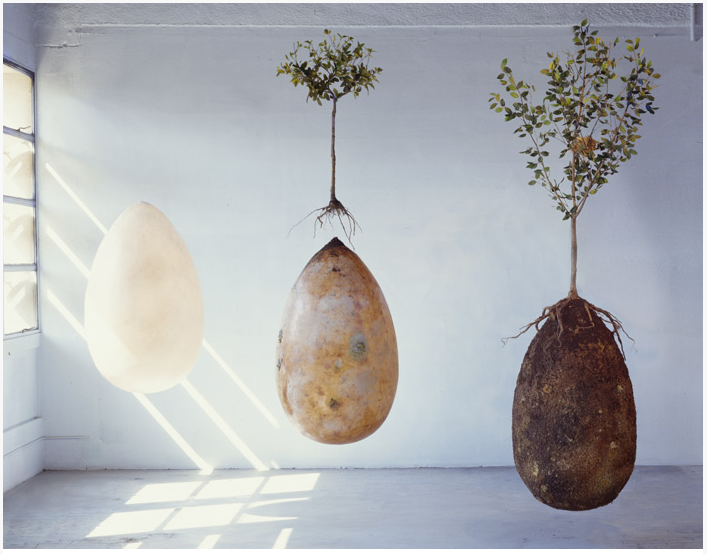 Not everyone wants to be interred in a gilt mahogany box, left to seep into the satin lining and serve no useful purpose for the world’s biosystems. There are many of us who want our bodies to be of some use, whether as donations for medical education or as feed for the insects and organisms that keep this planet in balance. Yes, we fucked up in life, but that’s no reason to continue the fuckery in death.. There are many inventors across the world who are turning their minds to the problem of overcrowded cemeteries and toxic pollution from the embalming or cremation processes. Here are a few interesting alternatives to the standard burn or bury that we have come to expect.

I mentioned in my first of these How to Die Well articles that my grandma told me that upon death she would be incarnated into a leaf on a tree. Well, Capsula Mundi, and Italian company, has invented a way for that to become her reality. Whether you choose for your body to be interred whole or in ashes, you will be encased in a biodegradable egg-shaped pod, which will be buried and a tree planted above it, so that the tree can serve as a memorial place for you as well as feed off your decomposing remains. The ashes option is not nearly as awesome as the full corpse option, because there’s something so beautiful about the idea of a body returning to the earth in fetal position inside of an egg. It’s poetic. Another alternative to being an actual tree after death is just to pretend to be a tree seed with one of ARKA’s Acorn Urns. These urns hold your cremains in recycled paper and mulberry bark capsuled shaped like large acorns, which can be buried anywhere and left to biodegrade. You can get them in red or green. Much nicer than a tin box. Say you aren’t so much of a landlubber, but the sea is where you’ve spent your most formative years? Then there are a few companies out there who will use your remains as a way to protect marine life and the integrity of the oceans. One such company is Eternal Reefs, who take the cremated remains of you or your loved one and use them in the construction of a Reef Ball, which is then placed in an artificial reef off the coast of Sarasota, FL. Another company based in Florida, Neptune Memorial Reef, has gone so far to re-create the Lost City of Atlantis in a location off the coast of Miami, where the cremains of a person are incorporated into the reef-city in a shape or style agreed upon with the family. You can dive down to visit your loved ones and see a pretty spectacular, and apparently environmentally-friendly, memorial grounds. Say you’re looking for something less extravagant and more practical for your burial. Well, William Warren has you covered with Shelves for Life. Move over IKEA – these shelves are not only easy to assemble and disassemble, but they go from a pretty rad looking set of modern, minimalist wall shelves to your coffin in just a few steps. They even come with a brass plaque that can be inscribed with your dates and name after you pass along. For someone who wants to be buried in wooden walls that mean something to them, that have carried the weight of your books and trinkets and now the weight of your corpse. Another practical method for burial, both from a space-saving and ease of burial point of view, is the Screw-in Coffin. Invented by Donald Scruggs, the Easy Inter Burial Container literally screws into the ground, leaving your corpse vertically interred in a giant screw. Not exactly pretty, but it makes getting you into the ground a lot easier. I’ve come to realize that death doesn’t matter to the person who’s passed on, it matters to those they’ve left behind. But you can have some control over the legacy you leave to the physical earth, and how you choose to be mourned by your friends and family. Be it as a leaf, a reef, some shelves or a giant screw, you can leave something behind for people to weep on, or laugh at.

In this article:caskets, Coffins, how to die well 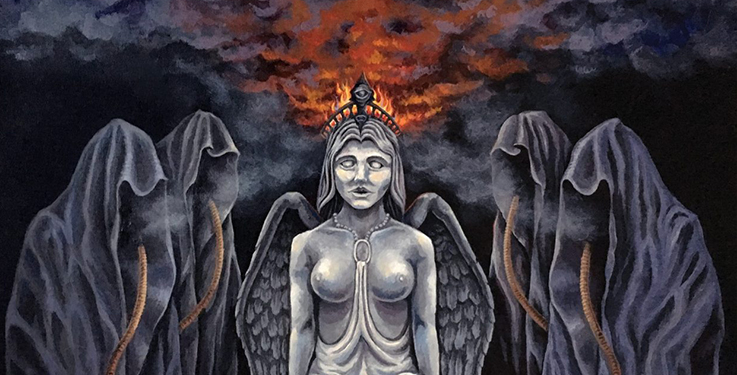 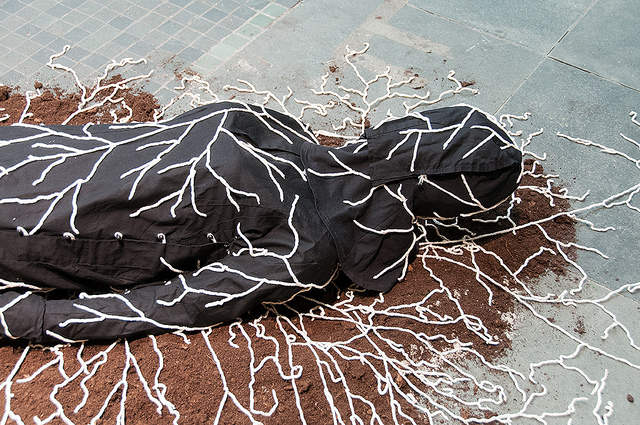 How to Die Well:
What to Wear

What a deceased person wears is often one of the most important aspects of burial, especially if it’s an open-casket funeral. There’s something ritualistic...