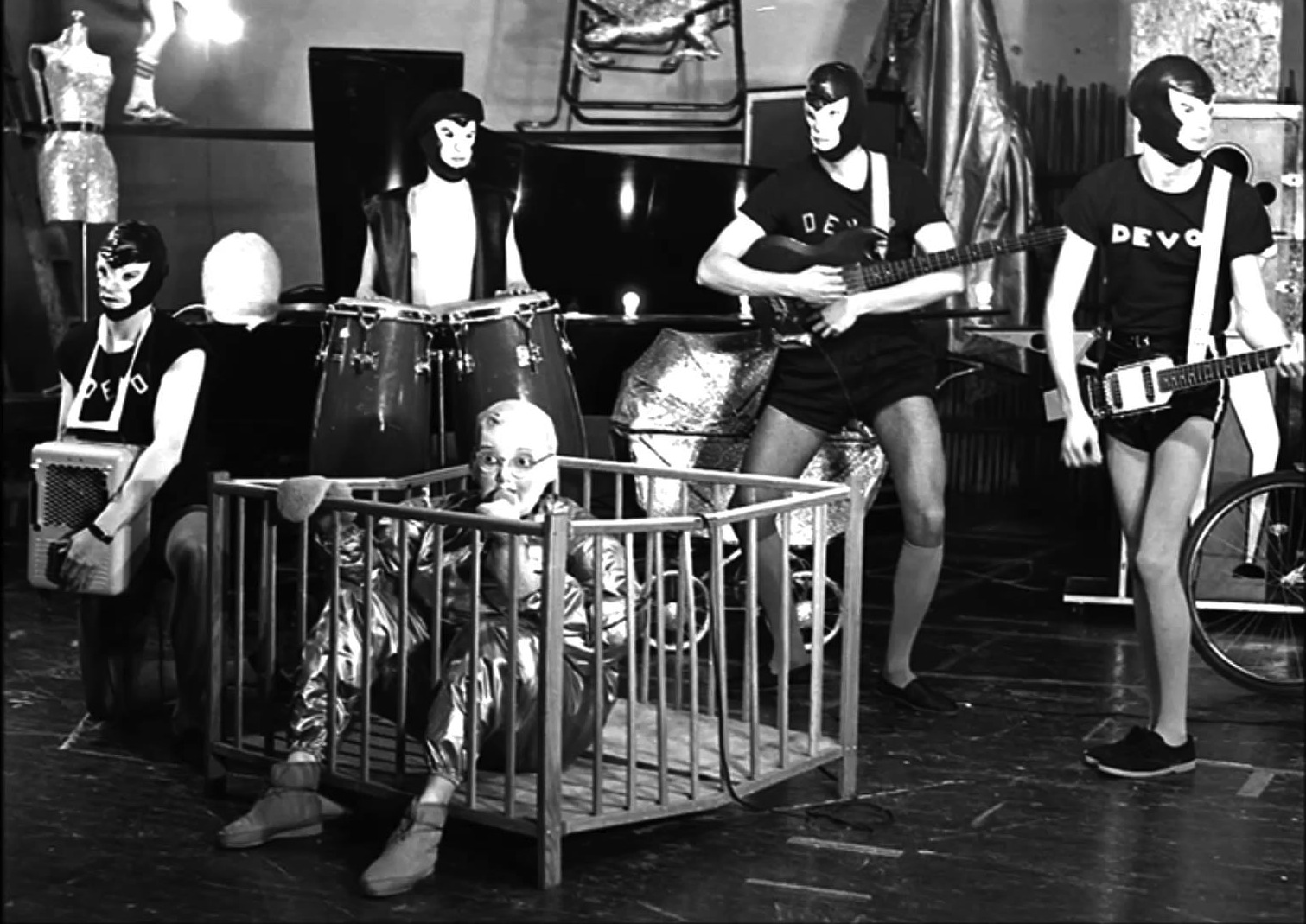 There would be no CVLT Nation without DEVO! They were the first band that made me realize that I had a freedom of choice! They were my gateway band that got me into hardcore. From the very 1st moment I heard DEVO I knew there was more out their when it came to music and it was my job as open minded 12 year old to search out more music. As a band they were welling to go places with their art were other bands at the time would not. The time is now to peep the film was set to be the first Video LP entitled “The Men Who Make the Music”. OK that is not enough I have also added in some sick rare live footage plus some of my favorite videos. That being said we are not men we are DEVO!