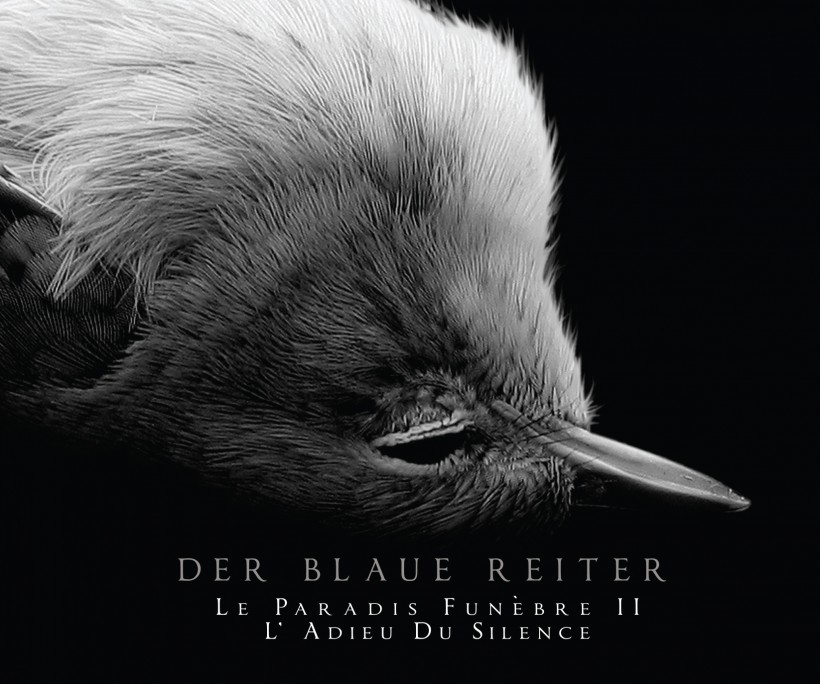 Der Blaue Reiter, or The Blue Rider, was originally the name of an group of artists whose membership was rejected by the Munich New Artist’s Association in Germany in the early 1900’s. The artists who formed The Blue Rider felt that the Association was too traditional and that their principals lacked room for experimentation and growth among the artistic community. The rejected artists then went on to contribute to the fledgling Expressionism movement which would dominate the art world for the better part of the next half century. Now, just over 100 years later, Der Blaue Reiter rides again, this time attacking and innovating in the aural arts rather than the visual ones. The musical version of Der Blaue Reiter is based out of Spain rather than Germany and is comprised of just two individuals, rather than many. Sathorys Elenorth is the sole original member, providing vocals, piano, percussion and programming. He is supported by the enigmatic Lady Nott, who joined on the band’s sophomore release, providing vocals, violin, and percussion herself. These two individuals have taken up the reigns of the rebellious artists of the original Der Blaue Reiter; creating beautiful, expressive art that manages to be familiar yet utterly unique at the same time. They describe the music themselves as “…apocalyptic ambiences mixed with neoclassical passages and martial percussions.” Despite being very true, this does the band no kind of justice. While this is Der Blaue Reiter’s fourth album, it is billed as a direct sequel to their very first album, La Padris Funedre. On a whole, their music is absolutely huge. Cinematic and epic are really the only ways to adequately describe it. As their own description implies, the root of the music is dark ambiance. Apocalyptic soundscapes give a backdrop to the tale, while the aforementioned neoclassical passages with soaring chamber music set the mood. Melodious choral vocals and eerie spoken word chants add to the somber, dramatic tone. The stage is set, the actors in place. This album, as stated by the band themselves, is a tale of the painful fate of humanity, and the last days of their lives. While listening, despite the lack of clear or totally audible vocal or lyrics in any of the songs, one can definitely feel this tale through the music. The visuals which are conveyed are of a struggle for life. A pained hopefulness, fighting it’s way to the light out of the darkness, but staying one step behind always. It’s like the tale of Sisyphus pushing his boulder up the hill, only to have it roll back on him when he reaches the top. There are moments of hope and light, but they are eventually crushed again.

The album begins with strains of a performance of the opera song “Lakmé de Delibes,” gently setting a beautiful, familiar tone. Of course, that doesn’t last long. The opener, “Underworld Dreams II” (counterbalancing their first album, which also began with “Underworld Dreams”) quickly devolves from these beautiful opera strains into dark, chaotic noise and militaristic, pounding percussion, horns and violin coming in near the end of the song so signify the beginning of the forthcoming epic struggle. The music gets markedly darker on the next track, “Anthem For Doomed Youth.” A dark, noisy intro punctuated by pounding percussion sets the tone of the track: bleak and painful. The neoclassical bits enter again soon, as both band members perform eerie spoken words bits to drive the points of futility home. The lyrics here truly sum up the tone of the entire album “…I see the light, of the End of the World.” But what a beautiful end it is. The tracks continue on with the same formula of apocalyptic ambiance and neoclassical instrumentation, punctuated by choirs, eerie spoken words passages, and martial drum beats.

Despite sticking with the same overall formula for the majority of the album, this album never gets boring, the album as a whole is so grand and emotive that you are either (forgive the cliche) on the edge of your seat, or searching for tissues the entire time you are listening. In fact, due to the cinematic nature of the music, this truly feels like an album you must listen to all at once. You cannot break this album down and listen to individual songs and get the full experience. Listening to one of these songs without the others around it would be like watching five minutes of an hour long movie. If I did have to pick true album standouts though, I would say “Conquest of Glory” and “Requiem For A Doomed World” were my personal favorite portions of this auditory movie. Courageous, nihilistic, martial, bleak, epic.

Der Blaue Reiter have done a fantastic job of living up to their namesakes, creating truly beautiful, dark, expressive music that challenges established conventions and defies categorization. Der Blaue Reiter have presented this work as their opus, and their opus it is. This album is also presented as a direct sequel to the album that began their career as Der Blaue Reiter, but one can only hope that it merely is a sequel and not a conclusion as the idea behind the album suggests. Hopefully we see not only another masterful work of apocalyptic, cinematic epicness, but even more from the The Blue Riders. I for one, would love to hear these two score a film. 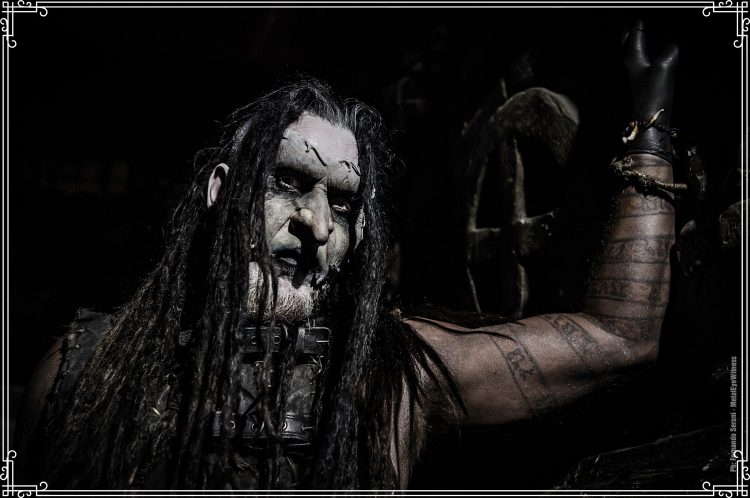