The atmosphere flowing through the dreary hearts of this Brooklyn trio bleeds out onto their instruments. This sets Decorum apart. They are not just some trust fund art school “punks” waxing philosophical over Unknown Pleasures. While Brooklyn might be notorious for some of their bandwagons, you’ll be lured into the hypnotic swirl of their twin bass attack. Yeah, that’s right; this is not another run of the mill post-punk revivalist band, not a single six-string guitar is plugged in here. This album is more about being enveloped in the labyrinth of effected vibrations. 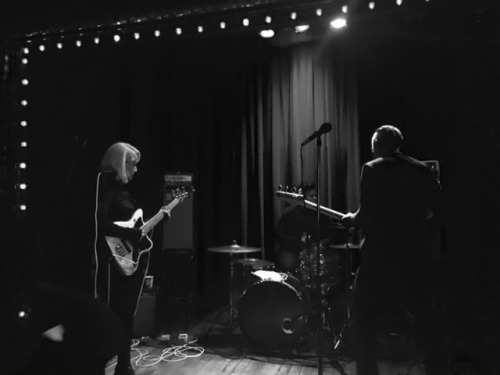 Their wall of ghostly bass guitars is not the only color of sonics splattered into your ears as the male and female vocals dance around one another. Sometimes harmonizing, sometimes offering despondent counterpoints, always woven between a dizzy entanglement of bass lines that warble in echoing waves. The male vocals stay in a deadpan baritone, sometimes reaching a croon, while the female vocals hover in an indifferent indie rock alto. This is the perfect soundtrack for a rainy afternoon drive into an abandoned urban area. “Bookburning” jerks you from the drone they began to mesmerize me with into a brisk glide over the night sky. “High Order” distinguishes itself by going into the chorus at half time, and here chorus is more of a reference point, as they do not rely on the safety of traditional song structures. The chords drip with delay like it’s wax from a candle lighting the way for darker clouds to roll it with the next subtle progression.

Check out our premiere of Decorum’s video for “Bookburning” below:

Sonic Youth’s Day Dream Nation is a better reference point for this band than Joy Division or the more typical late 70’s punk archetypes the current crop of bands are pulling from. This band keeps things up-tempo, but gracefully dismal in their drone. “The Fall” finds the effects-laden twin bass action capable of being melodic as their lighter string counter parts. The sometimes enter a weird sonic state of unsettling dissonance which takes you away from its surreal rapture, not unlike some of the more fluid shoegaze acts. In some, the cinematic landscape being painted here has as much in common with post-rock as it does post-punk. Much like shoegaze, their music carries a surreal, trance-like quality. The drums are rather minimal on this, letting the cymbals carry a static white noise when the faint rice paper snare is not marching them off the edge of the world. The drums give a delicate patter over the glass notes that spill out of the breezy “Artificial Tracks.” This band’s delay pedal is made of gold as it sends the notes pouring out like the ghost of a waterfall. The sonic drops are glimmers of a vibration that chant together.

The album has a very uniform sound when it comes to the cavernous echo that haunts it. The differences from song to song can be subtle; it’s how the notes are halted from their seemingly perpetual motion that sets “Blusher” apart. Vocals are moaned from deep within a narcotic slumber. The drumming keeps a beat, but stays out of the way, not offering many punches or accents to keep the song moving. The final song, “Waxing / Waiting,” was first released as one half of the Centre single last year. It feels more corporeal than the bulk of the dream-dipped wander this band takes you on. We are not even to June yet, but this is going to be one of the most unique albums you sink your eardrums into this year. I go back to this album in the same way I chase some of my more luscious dreams when I wake prematurely, fading in with hopes of recapturing the initial magic. 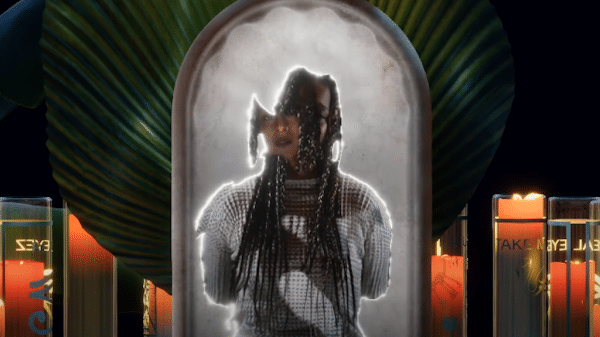 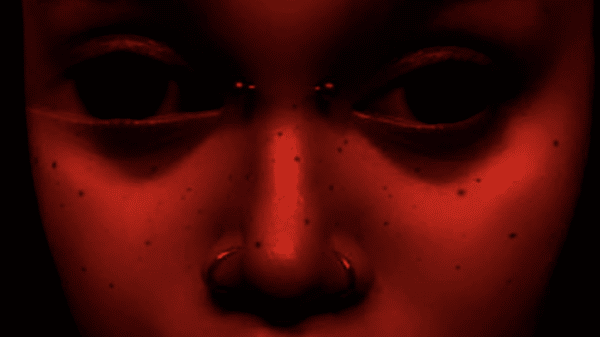 gaze into the enthralling despair of NULLOBITE

What are you up to right now? If you’re seeing this in the early hours of the day, I’ve got something that will glide...