I know you have heard it before – time flies – but it really fucking does, because Covenant Festival III is only a month away. From June 8th – June 10th, Vancouver will become ground zero for one of the most elite Heavy Music fests happening in the North West. The humans behind the Covenant Festival have made a pledge not only to themselves, but to the underground and to all those that support it to create an unbelievable event each year. Due to the fact that I have witnessed these rites each year, I can attest that this is the kind of Fest where it’s easy to lose your mind and have your whole being taken over by a storm of feral sounds. This year the line up is stacked every night with some of the sickest bands doing it right now! CVLT Nation would like to salute the Covenant Festival crew with this HUGE video essay featuring many of the bands that with be destroying the stage starting on June 8th…

Thursday, June 8 at The Red Room

Friday, June 9 at The Rickshaw Theatre

Saturday, June 10 at The Rickshaw Theatre In this article:COVENANT Fest, covenant festival, the covenant, vaNCOUVER 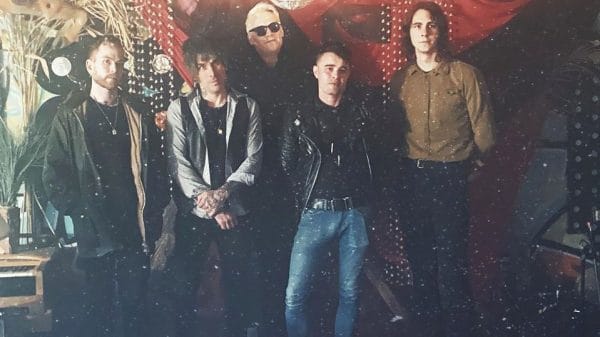 How good is the new SPECTRES album Nostalgia? It’s so freaking good that we listen to our copy at least twice a week, and...

If you’re any fan of modern post-punk, Vancouver’s Spectres are a household name to you. For over a decade, they’ve been pumping out record...