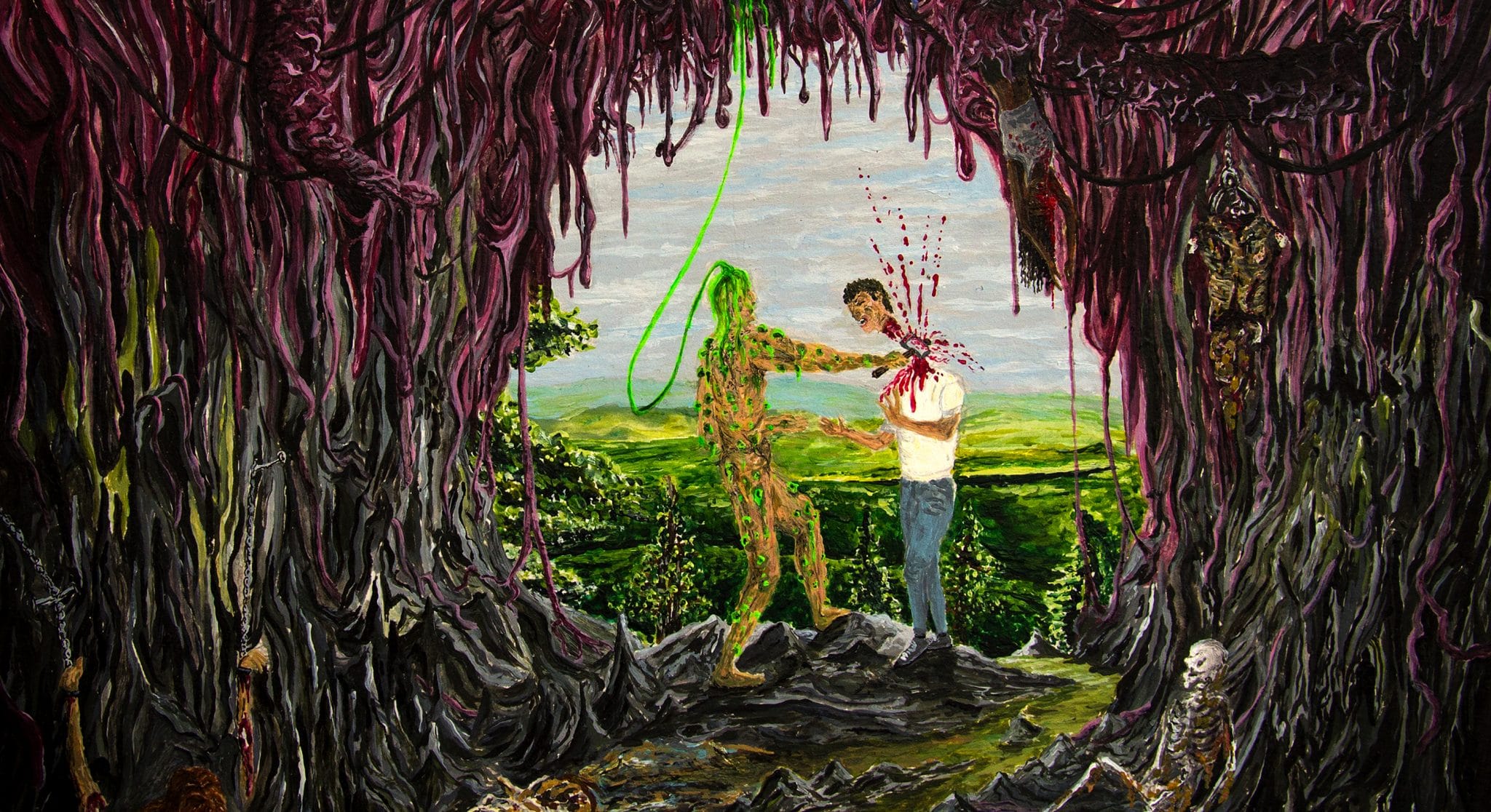 WTF?!?!?! UNDEATH have been killing shit from their first demo came out on Caligari Records! To me, they represent the New School of American Death Metal and are filthy as FUCK! Earlier this year, I was at a dinner party with some of the most respected underground Death Metal musicians in Vancouver, and they couldn’t stop heaping praise on this band. UNDEATH is not only a band that writes putrid riffs but they are willing to put in the hard work that it takes for them to reach their maggot-infested dreams. That’s why today we’re proud to announce that the band have now signed to Prosthetic Records and their debut album entitled Lesions Of A Different Kind comes out on October 23, 2020. Today we’re fucking stoked to share with you title track from UNDEATH’s upcoming album below (feat. Trevor Strnad of The Black Dahlia Murder), and you can pre-order this vile piece of death HERE! The band is also taking part in our Sonic Unrest Vol. 1 Fest – their sick performance will air at July 10, 4:15pm PT HERE!

Check out what the band had to say about ” Lesions Of A Different Kind” + More.

On signing to Prosthetic:

“Prosthetic has released tons of albums from bands we really admire (Trap Them, Kylesa, Mutilation Rites and Clinging to the Trees of a Forest Fire, just to name a few), so the fact that Undeath gets to be a part of that history is sick.”

On the new track:

“We played this song live a few times before COVID hit and it quickly became one of our favorites in our set. Once shows start back up we can’t wait to bust this one out and jump in the pit with everyone.”

“Trevor Is the man and has put us on from the very beginning. He even came out to our first-ever Brooklyn show, which was also our third or fourth show ever. We’re all fans of The Black Dahlia Murder and really admire how much Trevor supports and promotes underground bands, so asking him to be on this song was kind of a no-brainer – and he killed it!”

In this article:caligari records, Featured