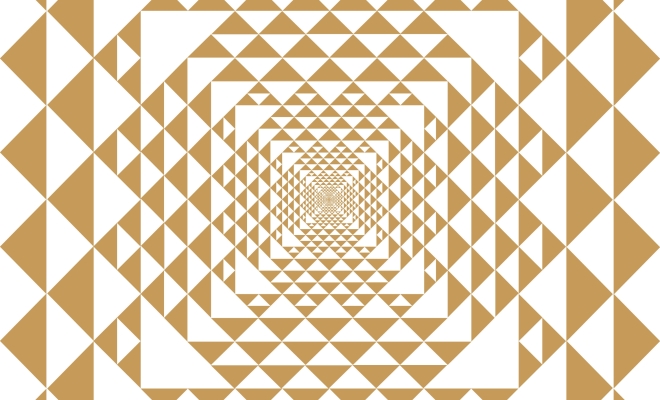 I think attempting to debate what Mueller has written on the newly-released Death Blues record will get me straight back to where I was with Chrome’s “Feel It Like A Scientist”, so I’d prefer not to go in that direction for the sake of exploring another, say, new dimension instead. To get you a little info about the whole project, as well as the main persona behind it, let’s start with making a comparison: Jon Mueller’s Death Blues has its roots in last year’s release of the same name, which might too have functioned as the stepping stone for the singularity of the idea to come — this year. The process of evolving from a solo release to an autonomous project recalls one of John Zorn’s Naked City, which also took place in pretty much the same manner. Now, the difference here being most of you don’t know Mueller, while a lot of you know Zorn; yet you might take it into your consideration that not many people were into Zorn back in the early 90’s either. But why am I so desperately trying to link Mueller with Zorn? The answer would have to do with the general lack of info on the contemporary experimental music, and musicians. People always tend to be one or two decades late — Born Too Late? Nope, no pun intended — when it comes to the genuine, brilliant music; you can notice that very easily by sneaking into social platforms like Last.fm or Discogs — people are still getting into John Cage, leaving behind Martin Iddon; into Ornette Coleman, leaving behind Ken Vandermark; into Alvin Lucier, leaving behind Jin Sangtae; into Can, leaving behind Acid Mothers Temple, etc etc. Needless to say, there is a chance of misunderstanding what just has been said by thinking I’m bashing any sort of interest in the past, for if nothing else, I am an avid listener of everything past — this only concerns the look into the past with the complete disregard for the present.

There are a variety of ways to introduce you to Mueller. He’s been a member of handful of math/post-rock bands since the late 90’s, that is, in addition to his fruitful solo and collaborational discography; can be bought on P-Vine Records — among others; collaborations w/ Z’EV, the Rhys Chatham trio, and the record w/ James Plotkin, which also introduced me to Mueller two years ago: “Terminal Velocity”. The notion shared by almost all of those records is the solitary desire for things beyond the boundaries of rock music. You heard me right, ‘things,’ as these are abstracts, the drives for the composer to move on, although having acknowledged his limits within the medium of music, whether experimental or not. Death Blues is then referred to as a “multi-disciplinary project” addressing “the inevitability of death as impetus to become more present in each moment”. The idea is an old one: the Heideggerian perception of finitude as the key to the next level of understanding. Its channeling is, though, different. With Death Blues, it is neither the case of Dasein, nor the case of Buddha. In fact, Mueller’s escaping of writing traditionally-set lyrics for the composed songs marks phlegm for getting too theoretical about it, no matter how he also wrote about the concept later on — the record is what ultimately stands out, not theadditionals and peripheries. The music of Death Blues can be best described as ‘maximal’. I know there’s a good deal of debate on that particular word when it comes to music, and that precisely is my aim here — to put some light onto this seemingly baffling phenomenon. First song ‘Are’ starts off as a homage to a non-existent performance of the Tony Conrad/Faust piece ‘From The Side Of Man And Womankind’ by Swans. So what exactly is so ‘maximal’ about that? The seminal film director and painter Daryush Shokof wrote the Maximalist Manifesto back in the 90’s, but that rarely had anything to do with music. By ‘maximal’ here I’m making reference to Zappa, Swans and the delicate link between them. The Mothers of Invention’s output have always been problematic for critics to label; either to call their music psychedelic/prog rock or to dump it in the virtuoso cycle is a grave fallacy. The Mothers incorporated a multitude of — for the lack of better terms — styles and/or genres of music with the ultimate denouement of a sound so rich and organic that it could have seemed too good to be true for many — something acknowledged by Zappa himself, with seeing themselves as parallels of those in the Tod Browning flick “Freaks”. The same factor exists in pretty much everything Michael Gira has done with Swans ever since “Soundtracks For The Blind”; in other words, the people who are surprised by Gira mentioning Mothers as an influence are paying less attention to the point that what Swans have borrowed from the Mothers is not aping their sound, but rather inheriting their bed-ground of maximal music, channeling it their own way.

I mentioned the hypothetical performance of the Tony Conrad/Faust piece by Swans, so if Swans are on the maximal pole; we all know what the Conrad piece is representative of: minimal music. That’s where the postmodern effect comes in: with Death Blues, the music is maximal yet it becomes only possible through the minimal vessel. Here acknowledging the inevitability of death not only acts as to become more present in each moment, but for torpidity and for suspension of the moment in order to realize it thoroughly. The two compositions on “Non-fiction” are ever-evolving and organic within the impending structure of their beat, the element that suspends a great amount of possible groove, acting as a protocol for the different passages of each song. Something in reminiscence of those examples of minimal music that tend to have less to do with drone and noise, and are more classically-influenced; as in Terry Riley’s illustrious “In C”, La Monte Young’s “The Well-Tuned Piano”, or even the William Duckworth piece “The Time Curve Preludes”. For all that, those same compositions betray the beat in a number of times, interrupting and shifting the entire pattern into a new one; as in ‘Are’, everything stops in the middle and the song moves towards a whole deviant landing-place, with a mid-tempo, pseudo-black metal, almost grindcore beat replicating the Dadaist vocal patterns before it.

Sharp, crystal-clear production is what some noise rock fans dislike and some embrace. And on “Non-fiction”, precision and clarity is what matters. Mueller seems, more than any time before, to be concerned about things that Harry Pussy fans or Mainliner fans not only don’t care about but are in the habit of escaping them as well, and so Death Blues’ brand of noise rock can be read to be closer to that of Oxbow, Shellac, Swans or even Rhys Chatham’s: it is heavily organized and orchestrated, and so the given label “multi-disciplinary” is not far from truth. The hammered guitars, the tribal beats, the rock beats and the nonsensical vocal lines all come together to create an organized chaos, and their triumph can be felt just after the first ten minutes.

“Non-fiction”, no matter how short — running around 34 minutes — is one hell of a listen and for sure makes you crave for more enthralling in your finite existence, more sonic re-definitions of your reality and unreality, and more Death Blues; for John Fahey might have left us, but there’s more to Death and to Blues. Purchase the digital version here. Pre-order the record (on vinyl) here. Stream the album in its entirety:

Check out the performance of ‘Impermanence’, a track from Mueller’s 2013 release “Death Blues”: