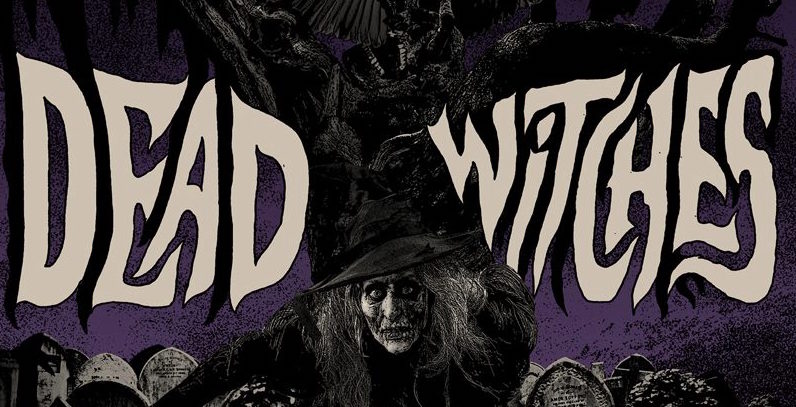 I was listening to Ouija without having read which musicians were involved in the band, and almost immediately I thought: “I definitely know this drumming from somewhere.” So I was not surprised to find out that Dead Witches included in its line-up Mark Greening, previously of Electric Wizard and member of Ramesses. He is not the only familiar presence here, with Virginia Monti of Psychedelic Witchcraft on vocals, Carl Geary on bass, and Greg Elk, previously of Angelfuck, on guitars, who unfortunately passed away in the previous year.

With this line-up you can get a pretty good idea of what to expect, and that is no other than some heavy, old-school doom metal, with a healthy dose of stoner influences for good measure. The album even starts with the familiar Cathedral-esque use of samples in order to set up this Hammer Horror atmosphere, before the band dives head on in the Sabbath-ian realms. It is a hazy fume that Dead Witches conjure, building a disgusting scenery to accompany their heavy sound, moving to semi-jam sessions, losing themselves amidst the heavy riffs, stumbling across with each heavy drum hit.

The most important thing to get right when you are attempting to create a successful old-school doom metal is the vibe, and that is an essential element of Ouija. Dead Witches are spot on with their pacing and groove, at times giving an image as if an ancient swamp creature has risen from its slumber and chasing after you, as in “Drawing Down the Moon.” The band is able to retain this attitude throughout, but they are also able to switch the mood, between the psyched moments of a track such as “Dead” and the direct and crushing progression of, one of the most epic tracks of the album, “Mind Funeral.”

It comes down to being a very good retro album of doom metal, something that could have easily been released during the height of the genre in the early ’90s. Everything is tied up nicely in this case, from Greening’s establishment of the rhythm section alongside Geary’s towering bass, to Elk’s heavy riffs and acidic leads, to the retro vocal performance of Monti.