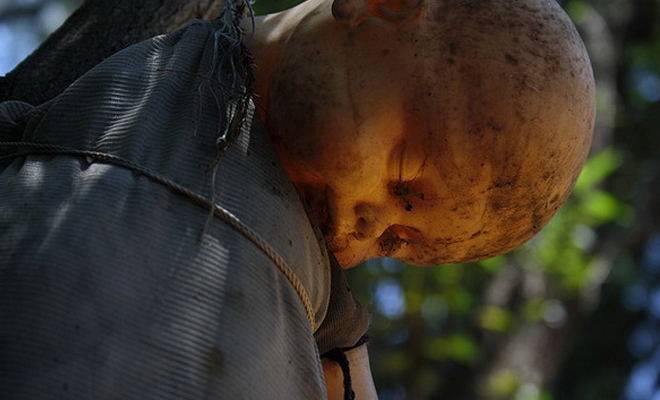 Dead eyes stare at you from all directions, their blank gaze following you through overgrown jungle paths,menacing and chilly in the dense heat…this is what awaits you on Isla de las Munecas, or Island of the Dolls, a small island in the Xochimilco canals south of Mexico City. The caretaker, Don Julian Santana Barrera, found a little girl drowned in one of the canals, and for the next 50 years hung dolls all over the island in her memory, and to appease her restless spirit. In 2001, Barrera himself was found drowned in the same spot he claimed to have found the girl. Visitors to Isla de las Munecas have made many claims of paranormal activity, saying that dolls move, whisper and open and close their eyes. Whether a visitor experiences this or not, there is one thing that is for sure – it is one of the creepiest places I have ever fucking seen!