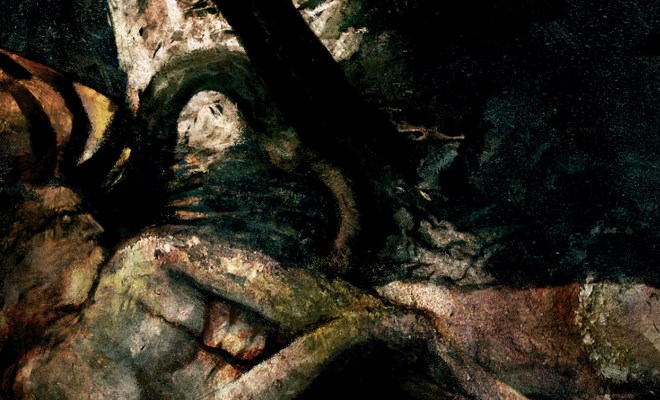 When was the last time a band made such an overwhelming impact with a debut full-length like Dead Congregation’s Graves of the Archangels? Seemingly the 2008 album set the death metal world ablaze and for good reason, but was it just a fluke for the Greeks? Granted, a solid EP predecessor laid the groundwork, but a paltry offering with Hatespawn in late 2008 did little to convince us otherwise.

As the years rolled by and with no sign of a follow-up, one would be forgiven for giving up hope. At least Graves of the Archangels would live on in fabled death metal lore; it certainly kicked in a lot of doors for the barrage of quality death metal that has swarmed us in the last five years.

That is until now, with the long-awaited Promulgation of the Fall. Perhaps Dead Congregation are perfectionists, slowly but surely carving out what would become this LP, as it is certainly on par with Graves… at the very least.

There are two things that will truly define this album of supremely executed DM: the weight of expectation and the lack of “surprise”, something that Graves of the Archangels had.

Graves…, being their first record, essentially caught us off guard, so coming into Promulgation…, we generally know what it will sound like, so how can it stand on its own?

The simple answer is a focus on guitar work. That’s not to say that such a focus didn’t exist before, but here it’s amplified.

There’s a healthy dose of Incantation riffing in these tunes and even sprinklings of Immolation for good measure. Incantation has influenced a wealth of bands of this ilk but, to their credit, Dead Congregation has excelled in creating their own identity.

‘Only Ashes Remain’, the powerful album opener, sets this tone pretty much immediately while ‘Serpentskin’ soaked in grime with even some slower, pacier tones as vocalist A.V. doesn’t let the vocal-end of the scale become an afterthought, delivering a wretched growl vocal throughout the record in fact that only accelerates the oppressive atmosphere.

The consistency of this album is what makes it such an impressive one, and the tight and precise running time is what keeps this beast composed but still feral and this is made all too clear by the adrenaline rush of the record closer ‘From a Wretched Womb’.

Granted, Promulgation of the Fall doesn’t stray too much from the cold, beaten DM path, which is laden with many casualties on the hard shoulder, but Dead Congregation marches on proudly.

In this article:Dead Congregation, DEATH METAL, Graves of the Archangels, Promulgation of the Fall