Dancing Chrome has much more of a danceable/industrial/synthpop vibe than your previous releases. I’m excited you took this route because it’s among the best synthpop I’ve heard in many years. What made you take this direction? Was it a natural progression?

Thanks for the words. It’s hard for me to answer this question, because I started writing these songs about 4 years ago over the course of two years. They were just demos sitting idle in my boss 8 track recorder till I was prompted to do another LP. I didn’t really think anyone would hear them. I was living in a tent in a basement at the time, actually. If the songs sound more danceable or synth oriented it’s probably because the synth was the only instrument I could fit into my tent. I just wrote whatever best would kill the boredom of that given day for me.

You’ve previously played in hardcore bands as far back as ’05, and you’ve also taken on shoegaze in recent years with Death of Lovers and Nothing. How have your influences and tastes changed in the last decade?

In 2003, I was 15 and obsessed with punk and hardcore music. That isn’t to say I haven’t always been into all sorts of shit, though. Salvation’s biggest influence was probably Killing Joke, and I had named another hardcore band I played in after a Samhain song. I was introduced to a lot of music that easily segued into other genres at a fairly young age. It was only a matter of time until I discovered Clan of Xymox, but I think I probably listen to Debbie Gibson more often nowadays.

I love that Dancing Chrome still has several post-punk aspects mixed into the synthpop sound. Would you say your experience creating music of varying genres helps you pull this unique sound off so flawlessly?

For sure. If you want to say that, then I’ll say it too haha…

The Night Sins album art always intrigues me. Who did the art for Dancing Chrome? Has it been different artists in the past?

Rueben Sawyer did the drawing, and me and Brian pieced it together. Every album has been a different artist, actually. New Grave is a picture of me, To London is a photograph of a Philadelphian statue. Whatever I’m feeling at the time gets used… somehow methodically in relation with the music.

Label: Funeral Party Records, Night Sins repress is scheduled to go live in our update on 5/26 What is Dancing Chrome’s theme/concept? The masquerade artwork and some of the song titles make it seem like there are historical connotations.

There are always historical connotations with Night Sins. Dancing Chrome tells of my own personal history over the past five years. I can’t fathom how much time I’ve spent amongst strangers in foreign cities, and on and off planes and buses. I haven’t sat still for more than a month at a time continuously. It takes a much stronger person than me to not become a bit psychotic, I think. There are only so many ways/vices you can use to deal with the day. Everything takes its toll. Dancing Chrome is about that.

I know you’ve toured with Youth Code. What other bands would you like to tour with in the future? And where would you want Night Sins to tour?

Just any band I enjoy. Youth Code continues to be one of those groups. I feel like I owe it to myself to go to Europe at some point. I’ve been there countless times with other groups. It might be refreshing to play only my songs over there for a change. Maybe not. Who knows?

What bands are you in that are currently active and how on earth do you manage to divide your time up amongst them?

Nothing is the only active band I’m in currently and we’re always on tour, so I don’t have time for a lot else. I’m actually laying in the back of the van writing this as we drive through Wyoming. I have a few months off when we get home, so I’m going to see how I feel about playing some Night Sins shows when I get there. Only time will tell for now. Hopefully I don’t spend it all at the bar.

Where do you go from here now that you’ve conquered so many different areas of music? Do you think Night Sins will stick to this dancier sound from now on? In this article:Dancing Chrome, NIGHT SINS 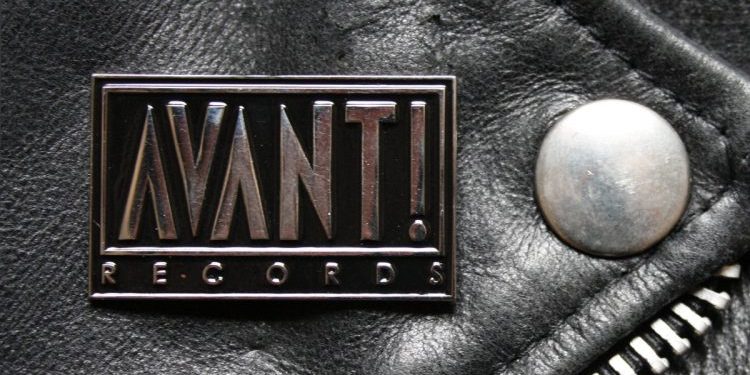 Avant! Records: It’s not goth, it’s not post-punk, it’s not coldwave – It’s the dark side of Europe.

Usually, dark songs come from dark places. That’s why when you think of goth, you think of England. Yes, England is dark, not only...

This Band is Like No Other!
Lace – ‘Human Condition’ LP Review + Premiering “Amnesia”

Emerging from the darkness in early 2016 and spat out of their native Houston, Lace are a blend of vitriolic hardcore and bitter,...