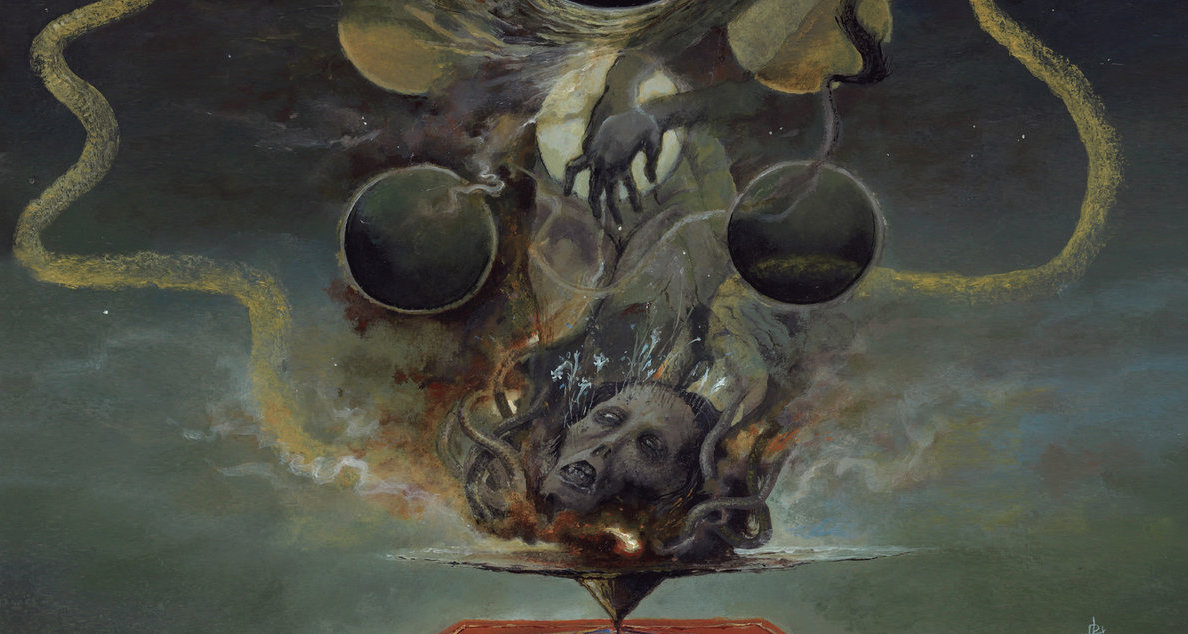 Unholy fuck, I love my job, because on a daily basis I get to hear some of the best music that the underground has to offer!!! Case in point is the new True Love/Whitewurm split that is coming out on Les Fleurs du Mal in the next couple of weeks. Both of these bands bring their A-game to this split, that is for fucking sure! TRUE LOVE side has no love, just pure FERAL HATE that cuts at your flesh with each listen. Whitewurm’s side is an anthem of filth that will have you wondering why you haven’t heard of this band before! So what do we have here? The very HEAVY new split from LIVID // NO FUNERAL – both bands bring the monolithic pain on this release in different ways! NO FUNERAL is one of the most slept on Sludge//Doom bands doing it right now. I’m going to make it my mission to make sure more people recognize what a fucking gnarly gem this band is! I love the way that they are able to take the blues and inject that motherfucker with the right amount of hate and morbid melody. Each track on this split has only made me more a fan of this band than I already was! LIVID takes a different approach to they way they draw the listener into their expansive universe of sound. Their 18 minute tune is a cosmic journey where black waterfalls of melody crash over giant emotional rocks of despair. The soaring vocals that you will encounter on this track act as a beacon of light that can guide your mind towards a new path of self expression! CVLT Nation is fucking happy to be streaming LIVID//NO FUNERAL split in full below and make sure to pre-order the LP HERE  via Live Fast Die Recordings! Siberian Hell Sounds and Convulsing – two of Australia’s finest in extreme music – come together for a split LP on Art As Catharsis.

‘The Breath Of The Beast’ marks the moment when Siberian Hell Sounds transcended the sum of its parts, and emerged as a hypnotically heavy drone machine – more a cataclysmic force majeure than music.

Sounding like the bastard child of elusive French powerhouses Deathspell Omega, the almighty Polish Kriegsmaschine and the cabal of nationless demons known as Hexis, Siberian Hell Sounds draw influence from clandestine corners of extreme music while never adhering to the tropes of any particular subgenre.

Convulsing’s ‘Engraved On Bleached Bone’ exists as a bridge between two selves: between despondency and turmoil of the past, and the uncertainty of the present. It is a knife at the throat of a now-defeated enemy. A bloodied howl of contempt. Seattle’s Hissing likes to describe their take of black/death metal as “bad times music”. After just a few seconds of “Deserted Views” (their side of the split with Sutekh Hexen) that descriptor proves itself anything but an understatement.

The track opens in a cavernous atmosphere. Almost immediately out of that rises a cycling guitar noise. The instrument begins in a robust, mechanical repetition that thins out toward the middle, before finally plunging the song into a mess of primordial noise. That nightmare spell finally breaks and “Deserted Views” transitions into a swampy intermission for five minutes before crushing guitars and thunderous drumbeats close. Voices punch in and out of “Deserted Views”. They are disembodied and highly disturbed, as though roared out from a radio, slightly tuned down. At an expansive length of fifteen minutes, the band explores a wide range of uneasy sounds. Pinched via New Noise Magazine Chile’s storied history within the greater context of the South American black/death metal underground is extended with “Wrath of Darkness”, a joint LP from two of the country’s most respected current bands, Wrathprayer and Force of Darkness. Whereas most releases of this type are generally regarded as “splits,” owing to the separate nature of each band’s contribution, “Wrath of Darkness” is instead aptly considered a whole work, given the close-knit alliance between the two bands. Each individual element – including the music itself, art direction, and overall thematic concept – was deliberately developed in a collaborative effort involving both entities with the singular goal of producing the most cohesive release possible. The result of this endeavor, hereby released under the proud banner of Nuclear War Now!, is one that clearly validates the several years of work required for its realization. Although Wrathprayer and Force of Darkness differ to a noticeable extent in the details of the composition and execution of their music, they are clearly united in that their styles are most firmly rooted in the black metal subgenre. On the one hand, Wrathprayer blends the foreboding nature of black metal with an oppressive, suffocating aura more commonly associated with death metal. We’ve covered both of these artists previously on Noisey, so one would hope you’re not coming into this post completely blind—but if you are, that’s okay! You’re in for a treat either way. In my opinion, Chrch and Fister are both criminally underrated, even just in the context of the American doom scene; they’re quite different, sonically speaking, but share a similar DIY doom sensibility. They shun pomp, bombast, and theatrics in favor of just rolling up their sleeves and diving in; they write brilliant epics without making a fuss over it, and have consistently released impressive, vital work. Simply put, they’re great, and they’ve just joined forces to release a killer new split. How slow can a riff be? How heavy can a split get? How fucking sick is it when two of your favorite bands work together? The answer to all of these questions will be answered once you hear the soon to be released split from IRN and DISROTTED! Both bands bring nothing but slow-moving suffocating DOOM that is way fucking beyond diseased!!! If you read CVLT Nation on the regular, then you know that we are HUGE fans of both of these bands and we are extremely excited for this mammoth union of D-TUNED warlords! End Theory Records/Parasitic Records are getting ready to co-release A Monument to the Abyss of Death, the punishing new split from ENCOFFINATION and SEMPITERNAL DUSK. These bands give us 30 minutes of absolute harrowing sonic torture in the most satisfying way. After becoming bffs with Disrotted a few years back, we discussed doing a split together where both bands would do something a bit different from what we usually would, sonically and visually. As Cloud Rat had been toying around with the idea of writing a grind epic for a few years (Qliphoth started as one long song, actually, but the idea wasn’t coherent enough so we scratched it), we decided to go that route for this release. With this song, we were unconcerned with genre tropes, tried to stretch our creative legs a bit and layered in a lot of different ideas, lots of keys, samples, noise, extra instrumentation, different vocal approaches, etc. Lyrically, Madison wrote a loose story about a woman in a future civilization on a distant planet, looking back upon our destroyed planet and the mistakes of earlier humans. Emotions are meaningless, great destroyers of the past. She transcends this reality to a higher plane of existence, and helps others to do the same. Voyage of the Acolyte was a big influence for this track, lol.
Hopefully in the near future we can put together a lineup for a tour that can pull this off live. We’ll need a couple extra pals along to do it justice.
This will probably bore folks who only dig our really aggressive stuff, so skip it if you fall under that umbrella.

We have been discussing doing a split with Cloud Rat for years, and we are thrilled that we are finally able to do it. Musically, this split showcases some of our slowest and most disturbing music yet. I think we are starting to really push ourselves to create some of the most bleak and textural doom today. Lyrics are influenced by themes such as interdimensional travel, nightmares, supernatural forces, and the coming age of forever darkness, A truly unholy, godless, and hellbent alliance has formed in Germany. Two of the country’s most vicious and malevolent bands have joined forces to summon the ultimate concept of complete annihilation in audial form. Both hailing from Leipizg, I I, and LIHHAMON have established them selves as undisputed kingpins of european war metal decimation – spewing forth a cesspool of utter hatred and destruction that barely seems plausible in its appalling enormity. Today Van Records has come forth to unite these two bands in an unholy fucking bloodbath 12″ split of innumerable wretchedness.

I I kick things off dragging the listener straight within the eye of the holocaust, in a place of indescribable torment where a swarming chasm of nuclear fallout and glowing shrapnel annihilates the flesh. What I love about their tracks is how they try to break the war metal mold by refusing to conform to the trends of the style, and by adding a ton of atmospherics and eeriness within, with some truly grandiose central mid-tempo parts in every song that bring to mind Bathory and Beherit. While the destruction summoned is total and unchallenged, these songs breathe of a clarity that is scary. Every second of the songs is obvious and apparent, every riff played painfully crisp and clear, every passage dictated by a terrifying lucidity. Standing between Diocletian, Heresiarch, and Nuclearhammer, I I have taken things to the next level by elongating their songs, daring in the songwriting, and exploring different ground to construct songs whose shapeshifting violence takes on many forms toward the ultimate and sacred objective of complete and utter annihilation everything that is.

Last year LIHHAMON had already blown minds with their bludgeoning debut album Doctrine – a terrifyingly abusive war metal album, so grandiose and merciless that it secured the band a deal with Nuclear War Now! who has recently re-released the beast on vinyl. As such it should come as no surprise that Lihhamon are the perfect counterweight to I I’s megaton fortress of utter destruction in the first half. Vomiting out an equally absurd barrage of senseless hatred as their peers, Lihhamon are band who take a much more stripped down and feral approach to war metal craft abusing and mortifying the listener with a formless swarm of audial ignorance  that never relents. Within these psychologically derailing fifteen minutes of iconoclastic sonic terror Lihhamon attempt to achieve complete destruction by summoning the same grind-infused chaos that has made bands like Revenge and Conqueror so legendary. Where I I opted for a more unconventional and refined approach, Lihhamon are only interested in complete barbarism and in a form of audial assault that attempts to mimic the regression to a feral state that is beyond hope and salvage, and in which nothing makes any sense or obeys any law of any kind. This is nihilism and hatred at its most  harrowing pinnacle. There is nothing left to say, this is most god-fucking, mind-abusing, and anti-human split of the year. Get vinyl now from Van Records. 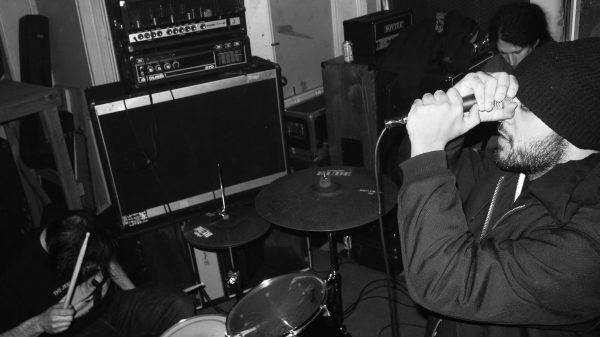 Enter the Dismal world of DISROTTED and Down Tuned Hymns of Grief!

If you are an avid reader of CVLT Nation then you know we are big fans of DISROTTED. This band creates some of the...

Pissed Off On Principle: Livid and Mutilatred’s Fuming Split

Death metal bands may have to hang up the term “buzzsaw” to describe their guitar tone. On their new split with Ohio’s Mutilatred, the...