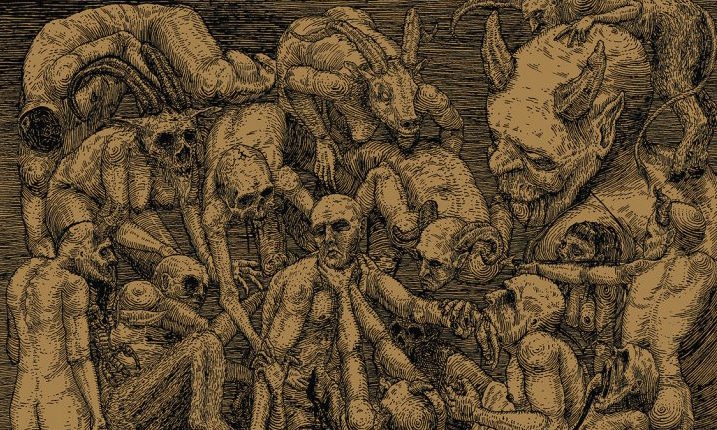 NINE – DROUGHT YEAR Nothing More Than

It’s mostly G-rated, when it’s not violent, sick and twisted. That speaks to the accessibility of what you can expect from Drought Year‘s sophomore release – Nothing More Than Worthless. Following on from 2016’s All Symbols Are Swastikas, Drought Year continue their exploration into the fundamentals of stoner, sludge, noise and post-metal to arrive at a perplexing blend of bands like Haust, Isis and EyeHateGod. In case you’re unfamiliar, their blended styles form an enigma of Norwegian black metal, American Sludge, hardcore and post-metal. Enough removed from its predecessor, Nothing More Than Worthless is still thick and abrasive, heavy on the distortion and pessimistic in nature, but just like an African summer, there’s a uniquely earthy heat saturating what the tracks have on offer….Pinched via Angry Metal Guy We are digging deep this week. So deep. How deep? The enigmatic duo of Excurseresides somewhere deep in the Netherlands. Not much is known about the band, yet what is glaringly apparent is their penchant for doom. Their first demo, entitled Veiled, only tracks three untitled songs—relatively typical for a demo. The contents contained within the three songs are what is truly striking, however. The pair channels gripping emotion through raw, sludge-laden funeral doom. Pinched via Metal Injection Just three tracks long but coming in at around 40 minutes. LaColpa deliver a listening experience that can be best described as ‘unsettling’. While a doom record at heart, Mea Maxima Culpa is not content with being restrained by the genre. For all the deep & booming doominess, there is a blackened metal vein running through everything. Pinched via gbhbl This is fucking hot off the press Ireland’s OWLCRUSHER is one of my new favorite HATE-FILLED DOOM Bands. I just found them yesterday off our comrade Kim Kelly’s twitter – she said they were the shit, and she was right! The vocals on this release are freaking demonic as HELL and sound like they are pure bile that can eat through your flesh. Musically, this band is all the way live and the song writing is on point. This is not a full review – that will come later. This is a public service announcement for all underground Doom heads to know that OWLCRUSHER is CVLT Nation’s new fucking new favorite HATE-FILLED DOOM band, and we want to hear way more from them! I want to know, what format do they plan to release this on, or maybe I should say what label is going to sign them now after reading this feature? French sludge-core abusers FANGE delightfully return with Pourrissoir – a new and incredibly foul long player of brand new songs that has swiftly followed the release of their inhumanly wretched full-length from 2016, Purge. Not much has changed in the Fange world in a little under a year, and that’s a good thing. Pourrissoir showcases once again the band’s penchant for creating slime-ridden anthems of pure concentrated hatred that reek of the stench of treason and disgust toward the human race. Blending hardcore punk, noise rock, and a downtuned wall of rumbling low end sludge, Fange are masters at evoking sickening visions of a dystopian world overrun by sewers, rats, slime, and of the most caustic toxicity possible and imaginable. Staying under the radar, Drug Honkey has been releasing its brew of experimental doom/death since the early ’00s, putting out records independently, until 2012’s Ghost In The Fire was released by Diabolical Conquest Records. Today, they are trying to escape obscurity releasing their newest album, Cloak of Skies, through Transcending Obscurity (no pun intended) records.

At first listen, Cloak of Skies appears like a sludge record. Its pace is slow, the riffs are filled with layers of dirt and a gritty sense of purpose. And there is a lot of influence from sludge when it comes to the structure of the songs, the primitive hardcore-esque inclusions and the vocal delivery, combined with that familiar monstrous groove. In other words, the first thought that you will have is that this is a sickening, swampy sludge record. But a closer look reveals that there is more of the doom/death quality in there than the first listen allows you to hear. This is an album that stretches the death manifestation to its limits, introducing doom elements that have more weight, while the experimental tendencies grant a unique element to Drug Honkey’s tone. Listening to Texas’ drone/doom outfit CRAWL’s “This Sad Cadav’r” is like standing in front of an oncoming tidalwave as it smashes into you full-throttle with the force of one thousand tons of bludgeoning death. Black Bow Records’  re-release of this 30 minute opus is a must for listeners of everything dreary and monolithic, monstrous and despairing. Pinched via Midnight’s Children I almost find it ridiculous that I am here again talking about Primitive Man, and about how awesome they and their music are. No one ever likes to feel like they are a broken fucking record, yet here I am, again. I feel bad for those poor souls (do they even exist?) who still have not had the pleasure to have their lives ruined by the band’s music, and who will find out about them only now from this article, but here we are and here we go.

So what is left to say about these guys that hasn’t already been said a gazillion times before? I really don’t know. What I do know is that no matter how many times I’ve said it, or thought about it, or heard it, it is still hard to put into words how heavy and utterly cataclysmic P-mane are. To this day, even after they’ve been around for years; they’ve toured all over the world; I’ve seen them and heard them play a million times; and they’ve released a ton of music – describing the utter miserable crush depth of their songs, still seems both hard and challenging. This is perhaps why, in one way or another, a word for this band will always be spent, because I feel that what these guys do still defies words, and is in some way incommunicable, so I’m just trying to find new ways to explain it to myself more than to others.

That said, the dudes have a new album out on Relapse called Caustic, and “caustic” doesn’t even BEGIN to fucking describe the damn thing. Once again, we’re set up against one of those things done by the band that seems larger than life… Over an hour long, spread across a 2LP, Caustic once again sees the trio teach humanity that suffering is REAL, that this life is mostly composed of suffering, that nothing is good, ever, and that our existence is a meagre breath of air taken by a clump of meat in the void of infinity, and that somehow, despite our insignificance, irrelevancy, and worthlessness in the face of an existence that is millions of eons “long,” and billions of light years wide, we, individuals, and human beings, just a few feet long, with just a few years to live, alive today, still always feel so fucking entitled, so fucking important, and so fucking proud of our foul organic deteriorating life as a heap of dying meat. If the “miracle” of life exists, it is damn right NOT the miracle of human life, that is for sure. Human life is anything but a fucking miracle, and I am thankful music and art as bleak and tortured and REAL as this one exists to remind us what our real and actual place in the plane of existence is: nothingness; a heartbeat in a night without stars bound for a grave with a fucking stupid cliché piece of shit writing engraved on it. MUCH RESPECT DUE TO Mattia for the love he put into this whole feature thank you brother in HEAVY RIFFS!!! 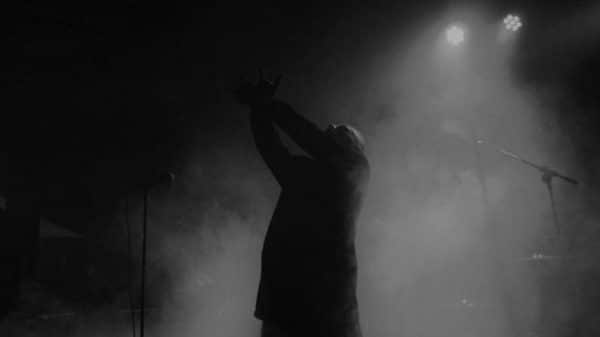 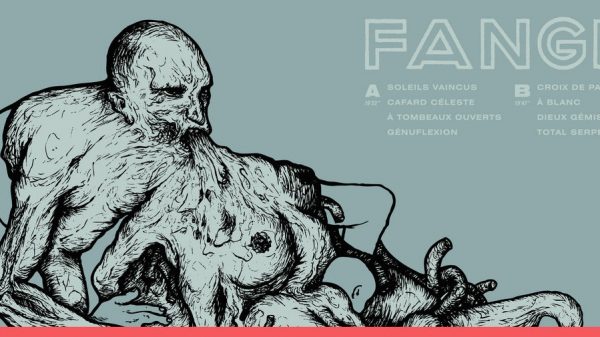 So these French metallers have had a pretty steady output over the last seven years of their existence, twisting and stretching their caustic sound,...