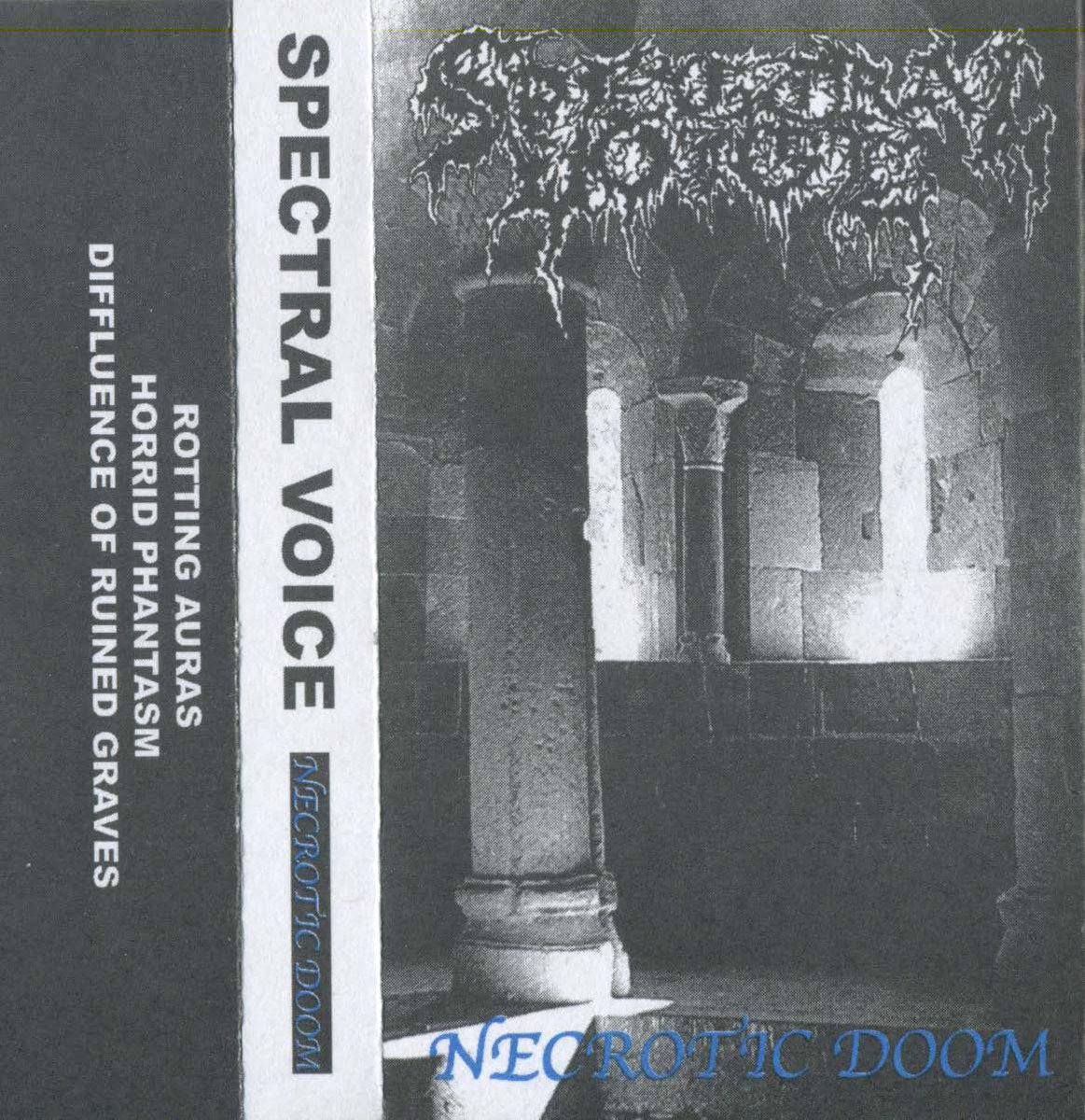 SIX – SHRINE OF THE SERPENT EP

This band is heavier than a bag full of hammers and sludgier than a tar pit. It would be a shame if this doom/sludge gem were to go ignored. Even the dark lord himself probably rocks out to this band, and if Satan digs it, then so should you!!! Well, what are you waiting for? Go get possessed by Shrine of the Serpent. Wonderfully low-fi and Necro the way Al Necro loves it, Gateway uses production values that would sound good on an analog system. There’s not that much shredding on here, and the band chuggs along without much straight-on groove, but the resulting music is as dark and suffocating as strapping an oxygen mask to your truck’s muffler. Play at loud volume and watch worms come out of the ground with the sheer reverb produced.

Lots of necro metallers will like a sojourn to death/doom with this album. Track two, “Vox Occultus,” is the album highlight. The slight inclination to groove is here, albeit not much, but the track sets the tone for the rest of the material. There are plenty of bands that have strayed into occult rock inspired by Satanic imagery and lyrics, and Gateway is no exception, although they are not an occult rock band. The album cover is fetching and the deep bellowing vocals will please many who favor this vocal style. Track eight, “The Shores of Daruk,” ends the self-titled album on a high note, featuring slow monotonic chugging riffs that clings to you like a leech. Every bit of friction on the guitar strings brings about some huge fuzz, and little pick slides and chord movements sound coated with dank moss. Enjoy this gloomy bit of ritual moonshine, cvlt peeps! Choking presents the sort of violence that isn’t hectic or flippant with fast gestures. Imagine a man realizing that his roommate has screwed him over something so disturbing that said person raises a ruckus, grabs the roommate by the throat and squeezes it with so much incrementally-adding strength that the roommate’s eyes pop out of his head, with blood from the eye-sockets spattering everywhere. By then, you’ll get what the band Choking are all about. Dig it.

The vocals are harsh, angry rasps that sometimes scream and shout. Otherwise, it bellows like it’s coming from somewhere subterranean. The band frequently does the slowjam like you’re drowning in something warm and filthy; then, very briefly, the band ups the ante and mimics the sound of spontaneous rage. Feedback roars out of the amps, and picks scratching the thick, gritty strings makes sounds that come across as aesthetic noise. The little downpick has so much reverb that the heaviness of the riffs lasts a few seconds, even at idle. Choking knows how to make intense music, boiling over slowly like a thick creamy soup of innards and eyeballs, spilling over everything, blanketing everything with the pungent stench of inhuman hatred. Not long ago, my band played a show with this band from Colorado, and it was a real pleasure to see them unfold their truly necrotic craft right before my eyes. I was moved, impressed and captivated by their music and decided that I was going to write about them because I think they deserve some serious attention. Spectral Voice hail from Denver, CO, and they feature current and former members of Velnias, Ævangelist, Blood Incantation, Stillborn Fawn, Nekrofilth, Hell and many more Northwest notable underground and extreme metal bands. As the title of their demo suggests, their music is a festering and blistering pile of putrid slime. In this music, Death Metal and Doom truly and seriously come together in an unholy union of filth and rotting heaviness. The band essentially plays Bolt Thrower riffs that are tuned down to mammoth heaviness and slowed down to a hallucinating coma. The result does not fall far from bands like Disembowelment, early Esoteric and Paradise Lost, Evoken, Incantation, Winter and Skepticism. Double bass and sporadic blasts collide with comatose doom tempos in a daunting and surreal symbiosis of crushing heaviness and complete aural filth. Abjvration seems to be intent on playing music suitable to the old inquisitions and witch-burning periods in history. In fact, the first track on The Unquenchable Pyre features a sample of a woman being burned at the stake. Abjvration portrays this manifestation of hatred and evil through dirgy tunes replete with downpick and uppick strokes, the death metal growls echoing from some fiery pit of charcoal. Few people in modern times can understand just what prompted men in days of yore to inflict such cruelty and suffering unto fellow man. Random accusations served personal and political agenda, no doubt. This very dark period in the history of Christianity is depicted with so much horror by the music, it’s a little hard to imagine mankind moving past it without utterly deserving indemnification. Abjvration intend to remind people of such horror, lest we forget just what extremist religious views are capable of causing. ONE – MALTHUSIAN Below the Hengiform

Taking cues from doomy death metal legends like Immolation and Incantation, the band has refined its sound, enhancing its doom tendencies and have set the rhythms of this EP on a disgusting and crawling mid-tempo that is broken apart at regular intervals, slashed open and gutted by furious and rabid blasting accelerations, only to then collapse back into a slimy funeral march. Aside from the weird tempo the music is set to, what makes this EP so fucking weird and wretched is the guitar work, which is mostly made up of a frightening storm of buzzing, swarming and angular picking abstractions that bring to mind the work of bands like Portal, Mitochondrion, Auroch and Antediluvian, and of the most wretched and hallucinating of death metal guitar playing imaginable. In this article:abjvration, choking, GATEAWAY, Malthusian, Shrine of the Serpent, SPECTRAL VOICE