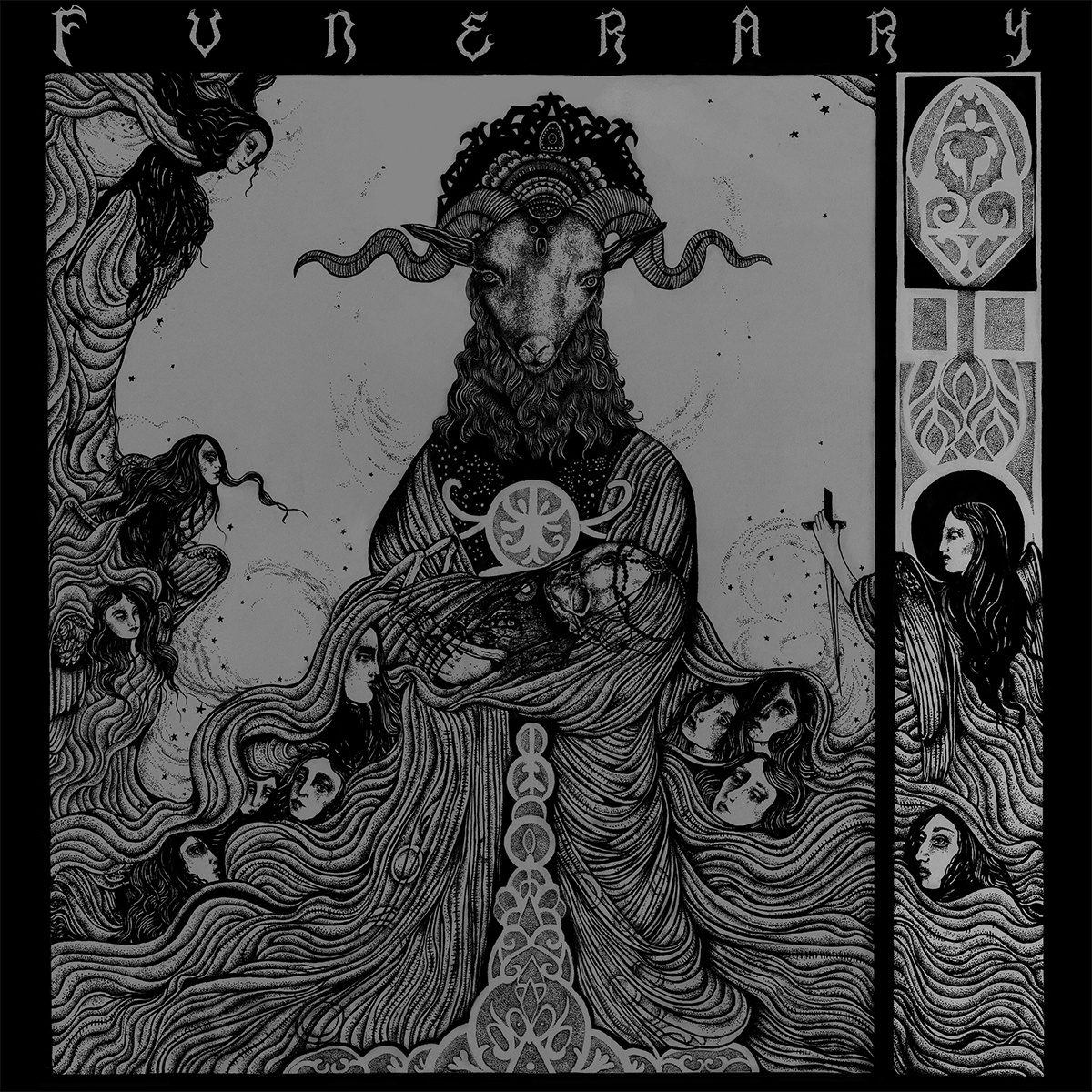 The new tape by RM is perfect on so many levels, but putting their music into a box would be hard, which is a very good thing. One thing that strikes me about the first track, “Poison Ivory,” is the way they have wrapped brittle noise around soft emotive sonic clouds to create invisible tunnels of audio empathy. How much do I want to hear from RM? A whole lot, because two songs is not enough – I just find myself pressing replay too many times…Tell all your homies about Summer Isle and the band RM, because you should not be selfish about the good music you are about to hear! American take us only a few steps further from Xasthur, granted that a trace of newer ‘trends’ seen in today’s black metal scenes can be also seen in their music, such as the down-tempo sections akin to sludge metal and an ambient-ridden, organic sub-structure which again a whole lot of today’s black metal bands attempt at merging with their sound, highly influenced by another ‘trend’, post-metal. Considering how bands like Tombs are already in the dead-end of that path, American’s incorporation of some old-school, thrashy riffage might lead to some way out, and it surely does at various points; even so, they don’t seem to be so keen on that, and most of the time the extension of such sections is easily missed. Their other interest, the industrial soundscapes, gets enough credit to build up more than a half of their 40-minute mantra, with so many of the songs either fading into them at some point or being consisted solely upon them. Glorious, Majestic, Lush, Nature, Vast, Internal, Healing, Rain, Melodic, Beauty and Harsh are some of the words that wash across my imagination when I listen to the new demo by ARDOUR LOOM released by Parasitic Records. For just over 40 minutes, this band weaves so much emotion into a sonic tapestry of pure audio magic. Once you hear ARDOUR LOOM, I know for a fact their brand of black metal will be a beacon that will lead your thoughts into transcendental places. I have been listing to this demo daily since I received it, and it does not look like that is going to stop anytime soon…Buy the tape HERE! I found a very interesting and special band this weekend called FATALISM. They have a new tape out on Eternal Death entitled Mystery of Death and I’m totally addicted to it! The music this band creates pushes aside any depression that might be alive in my brain and allows the sun to shine through my darkest thoughts. FATALISM knows how to pack the right amount of emotion into every strum of the guitar and every pound of the drum. The songs you will hear are really heavy, but in a very ethereal sort of way. Mystery of Death is a perfect tape that should be shared with the world and has the power change the way people listen to music. As a band, you can really hear that these humans are comfortable in their own skin and do what they do for the love of it! FATALISM are many different sounds brought together with one vision, and all I want to do is keep pressing replay because I just can’t get enough…Listen to the stream of FATALISM’s Mystery of Death below, and you can buy the tape HERE …It’s Not SOLD OUT!

For many different reasons, my spirit has been feeling really low lately, but when I heard Ambersmoke I started to heal! From the very first note of their tape called Wear Your Love Like Heaven, I knew I had found a gem. I’m so happy that I can share with you a very special band that knows how to break down pop and rebuild it into their own weird amazing structure! Any band that can sample Stone Roses and make it their own is the shit in my book! Describing Ambersmoke is hard, for the fact that they have woven so many different genres into their tapestry of sound. I will say that there’s a very good chance that after you press play below you might have found one of your new favorite bands! Do me a big favor – if you really dig Ambersmoke, please share their music your friends and enemies!…Now it’s time to Wear Your Love Like Heaven…Nuff said.