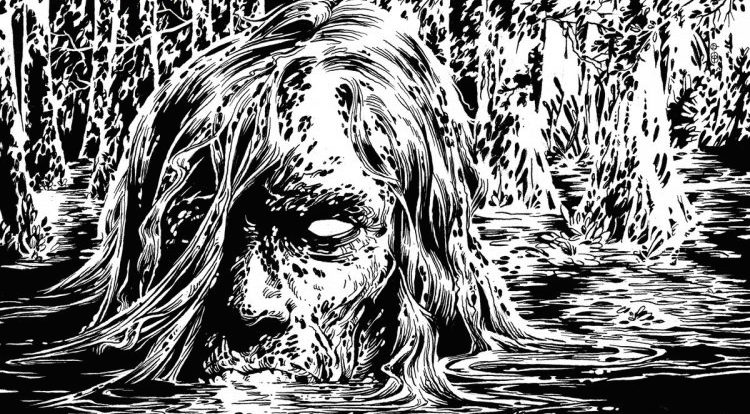 ONE: INNUMERABLE FORMS  Punishment in Flesh

If someone asked me right now what is the top Death Doom record of 2018 so far, I would have to tell them in a heartbeat that it is INNUMERABLE FORMS Punishment In Flesh. I can’t stop listening to this new underground masterpiece because it is that fucking good! You don’t even know where the Death begins and the Doom stops, meaning that the despair and sonic agony is so fluid that it sounds effortless. Does this record have layers that are brutal? Yes, but it’s the empathic riffs that gives Punishment In Flesh the power to suck you in. Much like their country countryfellow Austral beings in Portal, the only thing Grave Upheaval cherish more than cavernous production is their own obscurity. Unholy fuck – this new ANTICHRIST LP entitled Pax Moriendi is the fucking BOMB! It sounds like beautiful, slow-moving death that suffocates the listener with its rotting riffs and sonic caves of despair. At certain points, the band’s music soars to the highest heights before dragging your eardrums far below earth, where all you can hear is the morbid sound of decay and DEATH! Honestly, I think this record is perfect, and with each listen I find a new portal to the afterlife to walk through. ust WOW. And from literally out of nowhere, meet Assumption, a band who’s perhaps created one of the (if not THE) most majestic, dismal, and crushing death-doom albums of the year. Absconditus is their first proper LP (after two past EPs) and it’s an utter monster, worshipping right at the altar of legends like Disembowelment and Winter FIVE: CHURCHBURN None Shall Live​.​.​. The Hymns of Misery

Entitled None Shall Live.The Hymns of Misery,the splendid,devastatingly haunting death sludge band Churchburn hailing from Providence are back with this steamroller. Growing up in L.A. hearing the ghetto bird – aka a police helicopter – is normal. If you are a person of color, especially a Brown or Black person, even if your family makes it out of the hood you will still have family members that do not. South Central, East Los Angeles or Pomona are not evil places, it’s just that shit can get real at the drop of a dime. It’s also important to note that for decades Latinos have been the cornerstone of the SoCal Punk and Metal scene. Which is why the new Death Doom project MORTUARY PUNISHMENT released in 2019 are so important, because he does not feel the need to draw from a fantasy world for his inspiration, but instead taps into real life. Living in L.A. is more dangerous than D&D or the make believe violence of a video game. What really puts MORTUARY PUNISHMENT in an elite class is that the music is way beyond fucking grim, Monolithic and Suffocating. I have Pride​.​Power​.​Punishment on repeat and I know after just one listen you will too. MORTUARY PUNISHMENT has released a very limited amount of tapes HERE. His use of vocal samples is compelling and spot on! Last August I discovered Convocation, a relatively new Finnish band with an auspicious line-up consisting of L.L., who writes the music and performs all the instruments, and M. Neuman, who handles the lyrics and vocals. L.L. is also the main man behind Desolate Shrine, whose 2017 album Deliverance From the Godless Void(reviewed here) was one of last year’s stand-out records, and Neuman is also the vocalist for the wonderful Dark Buddha Rising. The easiest galaxies to chain together in modeling Void Rot‘s sound incorporate the fog-machine death/doom antics of Spectral Voice, the increasingly expansive atmospherics of Krypts, and the lumbering, slower moments of Ataraxy. Although their sound is heavy, their style is straightforward, almost demonstrative, and doesn’t yet ‘move with purpose’ beyond that confident heaviness. The chugs portent greater doom but only create one seemingly constant motion across three five minute slow-motion salvos, without any greater statement made. The dragging, growling heaviness of ‘Consumed by Oblivion’ is satisfying enough for an introduction but it wouldn’t hold up on a 45 minute album if repeated. In this already wildly successful year for underground death metal, groups like Shrine of the Serpent and Convocationhave raised the bar high and I’m not sure Void Rot‘s EP will be incredibly memorable in the long run. NINE: Temple of Abandonment Chasm of the Horned Pantheon: Through Your Death, They Live

Chasm tracks two new songs from Temple of Abandonment. Contrasts in their new music arise immediately into “Crypt Born.” Lurching and vile death doom consumes roughly the first five and last three minutes of the piece. It’s in “Black Ibex” where much of the oppressive atmosphere of their first demo lives. There is more of an emphasis on the funerary tropes the band built their foundation from single crash cymbal hits to solemn guitar chords. Where “Crypt Born” is a cavernous, modern approach to death doom that highlights much of the Pacific Northwest scene; “Black Ibex” is a display of plodding, menacing slow burn. With all of the aesthetics aside, Disgusted Geist does a fantastic job at combining Vastum style riffs with the frenzy of complete annihilation. Though I believe the band has room to grow in this underground tomb, the premiere of their morbid world is enough for attention and possible courtship int he afterlife. Come for death, worship eternity resurrected as a thrall. Gentle finger-picked acoustic guitar opens Through Wilderness, the full-length debut from Californian death sect Mortuous. For a little over a minute, all seems still as frail notes chime to silence undisturbed. But when drummer Chad Gailey (also of Necrot, ex-Vastum) starts counting down on a battered snare head, “Beyond Flesh” buries the solemn intro in a shallow forest grave. I love the menacing crackle of lo-fi death metal in all its permutations: classic, grind, blackened, death doom.  There’s a muddy, horrific vein running through those crusty recordings that instantly invoke twilight drives through swamps and decrepit woods, all-night gore flick marathons, and seedy exploitation VHS rentals that just sets my monster kid heart all aflutter.  Combined with the gruesome, sometimes nauseating artwork that typifies the genre (even the borderline incompetent shit), even the rawest demo tape can turn me into an easy mark for bands who can thrash out a competent slab of death.  It helps when they manage to back up their swagger with some real bona fides, and the trio behind Shrine of the Serpent have some real chops on display,

Words via The Sludgelord Deimos Sanktuarium is the 5th release from the Swedish death metal band. Before you make any assumptions just know that Vanhelgd are NOT a “true” Swedish death metal band like Entombed or At The Gates. Instead of being another copy of these popular melodic death metal bands Vanhelgd over their rather impressive discography have evolved into a different form. A terrifying blend of doom, death metal, with pinches of black metal sprinkled throughout. The result is a slow, constricting, and pummeling sound that will continue to suffocate you until the album finally comes to a close.