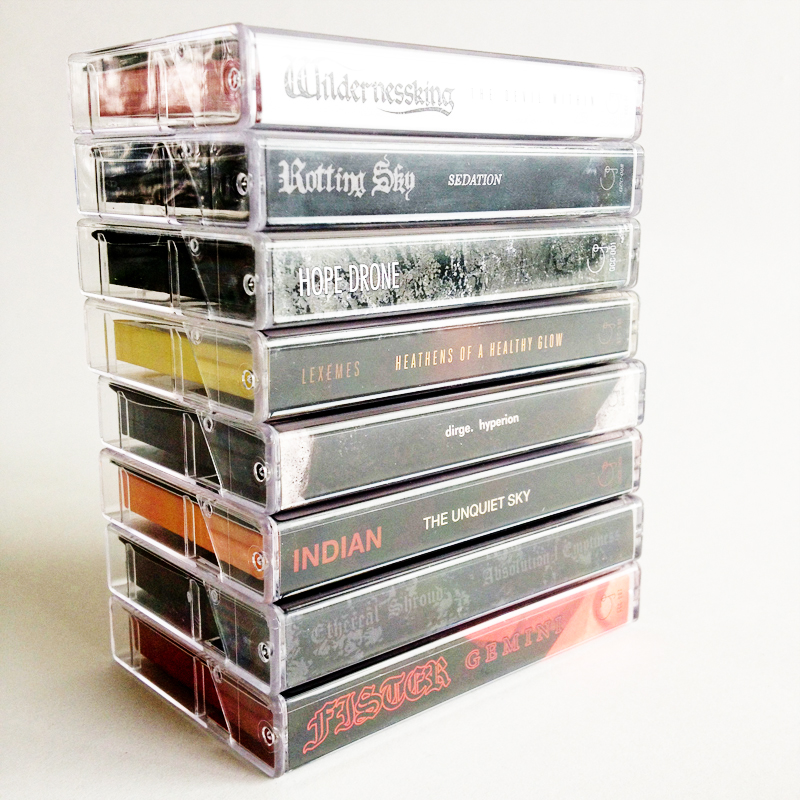 Conviction, Passion, Spot on Aesthetic, A Keen Ear and Prolific are some of the words that come to my mind when I think of the Grimoire Cassette Cvlture label. When I listen to his roster of bands, I can not find one bad release. What I really dig about this label is the way that Grimoire overlord Kneeko takes chances with the bands that he releases. Meaning that none of the bands on his label sound the same, and they all have their own unique musical identity. To say that I’m a fan of Grimoire Cassette Cultvre would be an understatement, because I’m more like a super fan. This is why we have decided to make them our go to label of the week! Maybe there is a reason why most of his titles are sold out…Check out our reviews of Secret Cutter & KEEPER!

Am I an INDIAN fan? Hell fucking yes, and this tape kills!!! Dirty, filthy sludge done in a way that only INDIAN can do it…NUFF SAID! Hope Drone are a black metal band hailing from Brisbane, Australia formed by members that seem to also play in local bands like The Fevered, for example. With the hand of Sanford Parker behind the production of this release and with it being mastered by Dan Randall (who both also worked with Ash Borer), the result here is really above average when compared to all the latest releases in the genre. Hope Drone’s music can be described as a more contemporary style of black metal – I could almost describe them as a more accessible version of Ash Borer – but by stating this, it’s not my intention to say that they are copy cats of the California band, no… don’t get me wrong. Hope Drone really took all the influences they get from new and old black metal influences and created their own vision, and what a really impressive vision it is. With such great names behind the making of this, the sound featured here on this amazing debut is at the least great. Everything is worked to the detail, as the band distills some of the most blistering, rabid and extremely well-executed black metal that must be heard now. (text Haxan) 3. WILDERNESSKING: The Devil Within

While listen to this unreal tape, I feel as if the clouds are speaking the language of the underworld in my ears. All of this is happening while the trees tell me the secrets of my past lives. WILDERNESSKING are not afraid to pack their songs full of emotion and that’s what makes me like them so much…Press play below so that The Devil Within will become your brand new high! 4. FISTER: Gemini
Right now, my mind is in a place were only sinister insanity can exist! I know what the fuck is causing this – it’s the new FISTER album Gemini being injected into my eardrums. For 46 minutes, this band will drag your existence into a doom-ridden valley of filth, where their suffocating riffs will be your only light. FISTER has created an instrument of sonic punishment with this record – be warned, play this loud and undead melodic beings will take over your universe. FISTER has conjured an audio monster that I don’t mind living in my home, because I know with each spin I will dig where he is coming from! 5. Lexemes: HEATHENS OF A HEALTHY GLOW

This tape is a 747 flight to a place where imagination is an invisible planet of nothingness. You know when you need music to be a backdrop to your depression, so that you can feel the sun on your face again? Well Lexemes’ HEATHENS OF A HEALTHY GLOW is the answer. This tape is so beautiful and haunting; the songs shapeshift into noise that will wreak havoc on your thought patterns! So what do we have here? A kick ass black metal tape created by ROTTING SKY. The feedback on this tape will make you say unholy fuck. It’s the death-tinged melodies that will have you saying I need to hear more…Press play below and get sedated on Sedation! Wow, when I blasted this tape in the house I knew I was listening to sonic gold. The songs you will hear on this project are audio maps that can guide the listener to different parts of their humanity. DIRGE’s songs are HUGE, and never stop making you think about how vast the world is. There are many ways to to create melodic heavy music, and this band has it down to a science! Grim, Depressing, Morose music for unhappy people to feel normal is what you are going to get with this tape…Nuff Said! ETHEREAL SHROUD RULES! 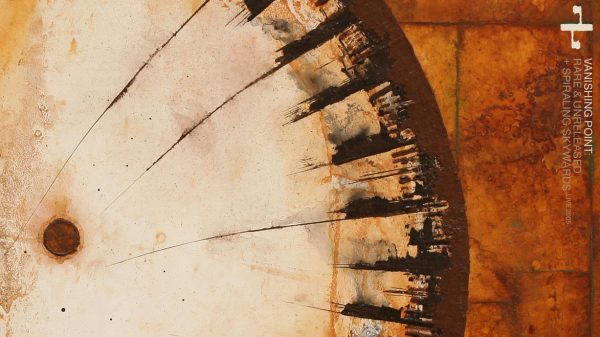 Welcome to the beautiful sounds of the apocalypse, coming in the form of DIRGE’s final offering Vanishing Point coming out via Division Records. I’ve...