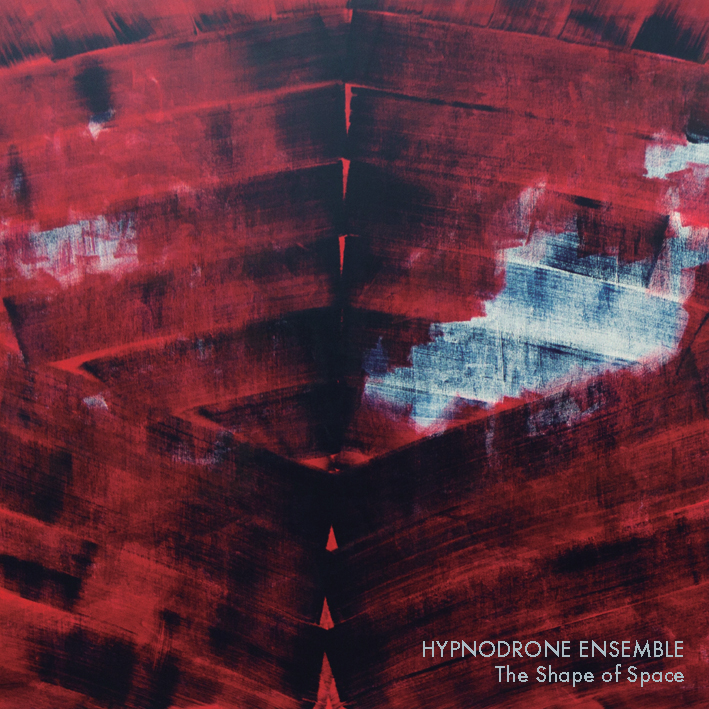 Aidan Baker and Eric Quach, mainly of Nadja and thisquietarmy respectively, do not really need much of an introduction. Their activity on the experimental drone scene has been documented brilliantly by their numerous releases and collaborations through the years. Hypnodrone Ensemble is not even the first time that these two great artists meet (check also their other collaboration, A Picture of a Picture) in order to bring to life their expansive musical visions.

This time around they also bring with them, not one, not two, but three drummers in order to make their upcoming release The Shape of Space even more trippy and exciting. Felipe Salazar of Caudal, Jeremy Mortier of Alice In The Cities and David Dunnett of Man Meets Bear were recruited in order to help them explore their drone generation with their polyrhythmic drive. The album itself as a whole seems to be less experimental than the previous works of Baker and Quach. It instead travels to more psychedelic areas, through its space rock and even desert rock moments. That might not seem so apparent when the The Shape of Space commences, with a heavy ambiance being brought in, reaching an almost ritualistic quality with the repetitive, steady patterns that the band lays down. The turn for the more mysterious is waiting at every corner, and quite a few parts of the opening track have that dreamlike state that is able to transfer your mind to other planes with such ease. Even so, Hypnodrone Ensemble always try and throw more drive within their songs. The power and impact that the tracks have derives from the drums, with the songs reaching a more energetic and upbeat quality by picking up the pace, even becoming overwhelming at times.

It just shows that these guys have more than one trick up their sleeve, when the circling patterns from the bands arise, as they go into their repetitive form, or when the rhythm section of the song alone is able to send you into a state of unearthly trance. The faster moments still make an appearance, with the majority of “Dodecahedral” being an intense build-up of driven energy, which finally erupts when the album finishes. In that case, the ensemble really takes things to extremes, throwing more effects in and creating a sonic haze that reaches noise-like dissonance before it recedes into nothingness.

Because, in the end, that is the strongest aspect of the works of both Baker and Quach: their ability to temper with their guitar sounds and build their soundscapes around their effects. From the spaced-out feeling in parts of the opening song, reaching moments when they become intensely more trippy, even reaching as far as sounding acidic, these guys really know how to control their sounds. The more expanding sounds of “Euclidian” see them filling out the space with an almost space rock mentality, completely tripping you out with the hallucinogenic state that they invoke. There are parts when they are more subtle and just apply distortion, creating a sonic carpet for the driven rhythms of their songs, or throwing in some desert rock-themed tunes in parts, which makes The Shape of Space easier to listen to than other works from these guys.

It is also the progression of their songs that really keeps your attention fixated on them. The majestic buildup of the opening track can convince you of that, before the band takes you from majestic to space rock, with one swift change. The chilled out sense of “Hyperbolic” never brings the outbreak that you would expect, but the heavy drumming near the end of the track totally makes up for that. “Euclidian” is probably the more interesting climb of the lot here, with the psychedelic vision of the band taking form, lifting you up in the sky, away in the universe and out of this world. Even the repetitive motions of the final song, “Dodecahedral” manages to remain enjoyable with its hammering parts showing a different aspect of the band, as does the violent conclusion of this album.

It is just that in this case the band has been able to find the right balance. The Shape of Space is psychedelic and sonically investigative but at the same time has cool guitar parts and nice a drive to it. You can’t really miss with this one. 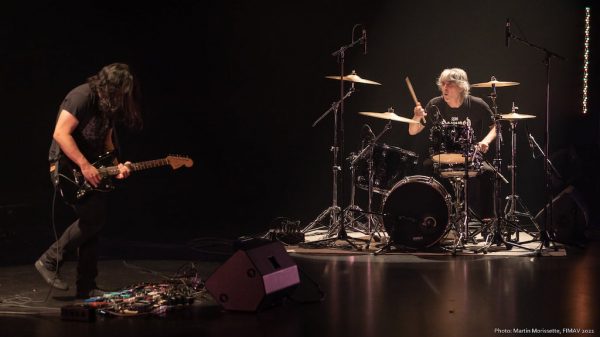 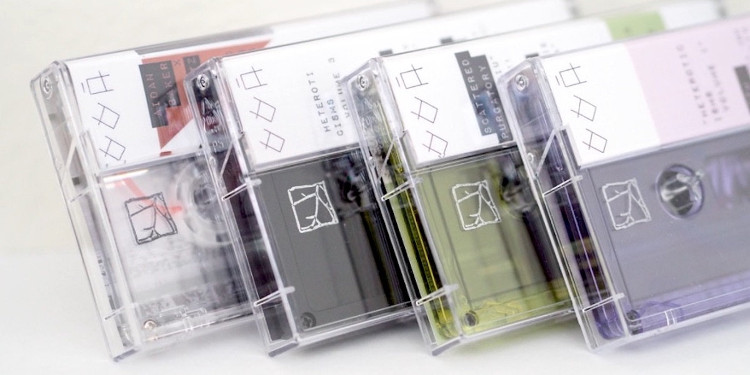